His own version of truth

Trump’s response to the coronavirus may be making things worse 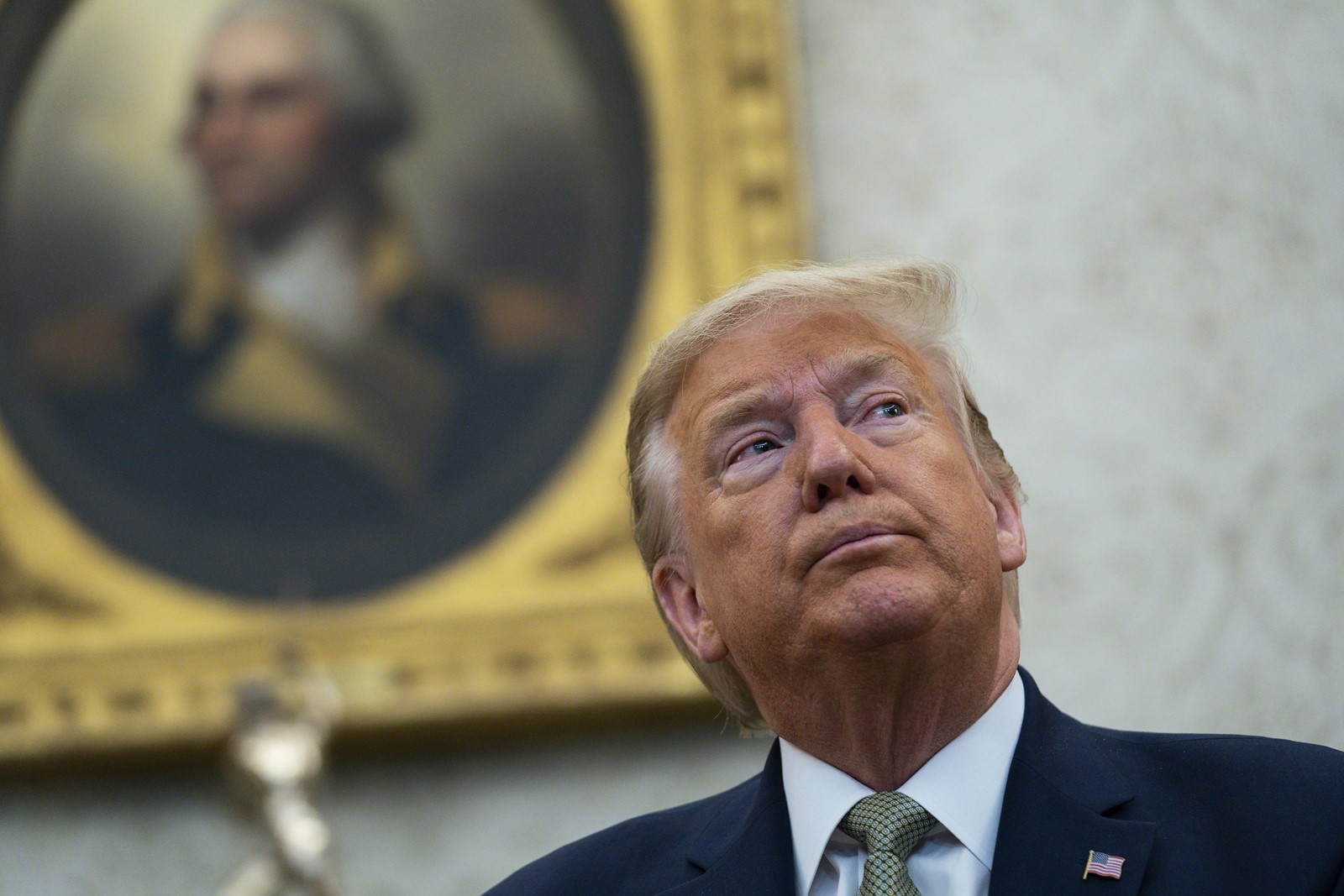 PRESIDENT TRUMP has minimized the COVID-19 pandemic even as advisors have sought to convince him that it is a serious threat to public health. (Evan Vucci Associated Press)
PREVIOUS IMAGE

President Trump’s inattention to detail, distaste for experts, need for validation and belief that he can create his own set of alternative facts have been hallmarks of his political rise.

But after three years in which daily headlines about chaos in Washington often have contrasted with a robust market on Wall Street and tranquility in much of the country, the president’s unorthodox approach to his job has suddenly been cast in a harsher light by a spiraling and potentially catastrophic global public health crisis.

Determined to convince the public and the markets that his administration has the threat posed by the new strain of coronavirus under control, Trump’s public statements have more often added to the panic than calmed it.

“Lack of information, not being forthright, sugarcoating information — ‘We don’t want people to panic!’ — leads to credibility problems,” said Craig Fugate, who served as a top emergency manager for Florida Gov. Jeb Bush and then as the administrator of the Federal Emergency Management Agency under President Obama. Telling the public what you don’t know and what level of confidence you have in the information you have, he continued, is also crucial.

“I tell people in public service: This is your moment of truth.”

Trump, however, is imposing his own version of truth on the situation. Even as advisors have sought to convince him of the seriousness of the public health threat, he has continued to minimize the impact, repeatedly saying that only the elderly are at real risk.

“Stay calm; it’ll go away,” he said after a visit to Capitol Hill this week.

But Trump is learning that the virus won’t be contained by wishing it away. Over the weekend, he played golf at Mar-a-Lago and dined with Brazil’s President Jair Bolsonaro.

Bolsonaro’s spokesperson, who after the dinner posted a photo of himself standing next to Trump, tested positive Thursday for the virus. That news, however, has yet to compel the president to be tested for the virus himself, according to White House Press Secretary Stephanie Grisham. She said he had displayed no symptoms of illness.

It was not until Thursday that Trump agreed to quit shaking hands and start canceling campaign rallies, following cancellations by major sports leagues and corporate conventions as well as his Democratic rivals.

One of the areas on which Trump has most conspicuously made statements that don’t square with reality involves testing for the virus.

“We’ve done a good job on testing,” he insisted Thursday.

Almost simultaneously, Dr. Anthony Fauci, the director of the National Institute of Allergy and Infectious Diseases, told lawmakers on Capitol Hill that the dearth of available tests in the U.S. as the outbreak spreads amounts to “a failing.”

“The system is not really geared to what we need right now,” Fauci said in testimony to the House Oversight Committee. “That is a failing.... Let’s admit it.”

“The idea of anybody getting [tested] easily, the way people in other countries are doing it — we’re not set up for that,” he said. “Do I think we should be? Yes.”

The lack of easily accessible tests has become a major line of attack from Democrats and has generated rising bipartisan frustration. It has increasingly become a devastating symbol of the administration’s overall response to the COVID-19 pandemic.

Asked whether he was confident the work would get done to ensure coronavirus tests are more readily available to meet the soaring demand, the senator paused for nearly 10 seconds before answering, “It would be better if we could rewind about six weeks, but we don’t have that luxury.”

Inattention to detail has also hurt. Wednesday evening, as he read prepared remarks from a TelePrompTer during an Oval Office address, Trump made several factual errors, including a declaration that the new ban on travel from Europe would apply to trade, which he corrected in a tweet minutes after the speech.

His failure to make clear what was covered by his ban on travel from Europe to the U.S. helped generate a crush of travelers at European airports as some American citizens rushed to flights under the mistaken impression that they might not be able to return home.

Trump avoided any mention of the meager testing in the U.S. and assured the country that the decline in financial markets wasn’t a crisis but “just a temporary moment in time.”

That immediately sparked another massive sell-off.

Earlier in the crisis, Trump stated that a vaccine would soon be available, forcing his own health experts to explain that it would not be available for roughly 18 months. He also tipped his hand on the degree to which public perception drives his decisions, saying that he didn’t want to allow a cruise ship with many infected passengers to dock because that would drive up the number of reported coronavirus cases in the U.S.

On Monday, while returning to Washington from Florida, Trump made a point of shaking hands with supporters gathered on the airport tarmac, despite warnings to avoid close contact with others who could spread the virus. Before reporters and cameras in the Oval Office on Thursday, Trump joked that he was uncertain about shaking hands with the visiting Irish taoiseach, Leo Varadkar.

But the president continued to put a positive gloss on an increasingly dire situation, stating that the sudden drop in gasoline prices resulting from sharply lower crude oil prices and a growing reluctance to travel is “like a tax cut.”

The persistent nonchalance from the president of the United States, increasingly off-key amid growing national concern, has complicated efforts by public health officials to deliver more essential information. That effort gets even harder because of the unofficial requirement for anyone serving in the administration not to contradict Trump publicly.

During an off-camera briefing with reporters this weekend, Secretary of Health and Human Services Alex Azar was asked about Trump’s false statement that anyone who needs a test for the virus can have one.

Rather than simply correct the error and move on, Azar, whose standing in the White House is fragile, tried to square Trump’s bluster with reality.

“It’s just different ways of phrasing it,” he said. “He’s using a shorthand. What he meant to say is, ‘We’re not in the way of that.’ ”

Inside the West Wing, several officials are “nervous that some of the things being said on television are less than duly vetted,” said a person close to the White House who did not want to be identified to avoid burning bridges.

“Everyone is answering to an audience of one,” the person added.

Vice President Mike Pence, tapped by Trump to lead the response to the coronavirus crisis, has prefaced almost all of his public comments with praise for the president. During one appearance, he even backed Trump’s decision to shake hands as appropriate “for someone in our line of work.”

As Fugate says, “You’ve got public officials put in an awkward position where they’re either having to testify or put out statements that are correcting the president, and now it’s looking like they’re disagreeing with the president.”

Many of the administration’s health officials and political appointees share a sense that Trump and some of his closest aides have been slow to appreciate the seriousness of the threat, multiple White House staffers said. But there are some signals that may finally be changing, even though the window for containing the spread of the pandemic has likely passed.

“They’ll never admit to any sort of wrongdoing, but I think they’re pivoting to, ‘Here’s the real story and this is what we know,’” said the person close to the White House.