U.S. trade war and other woes lead to worries that things will worsen 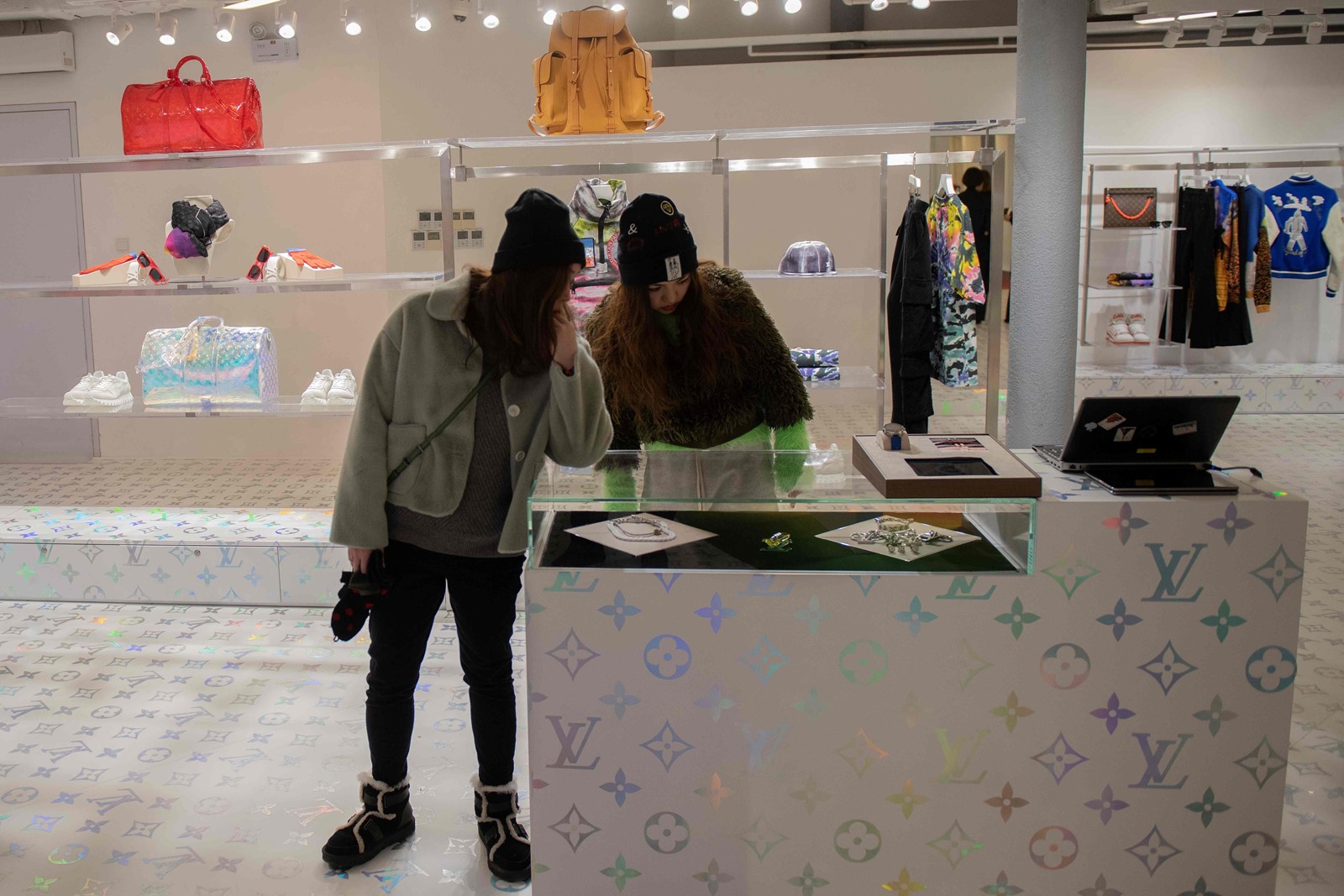 CUSTOMERS shop in Beijing. Chinese policymakers are struggling to turn around the nation’s economy, with growth in 2018 at its lowest rate for 28 years. (Nicolas Asfouri AFP/Getty Images)
PREVIOUS IMAGE

Just about every indicator of economic health in China is down. On top of Apple’s slumping sales here, car sales have plunged for the first time in 20 years. Property sales, housing construction, foreign investment, December imports and exports are all slowing. And the job market has gotten a lot tougher.

Chinese policymakers are struggling to turn around the rapidly weakening economy, the world’s second largest, with growth in 2018 at its lowest rate for 28 years. And the government, showing its alarm, has beencensoring bad news about the economy for months.

A raft of bad financial data in recent weeks suggests the turnaround efforts so far have not worked, raising alarm about how bad things might get — especially if the trade war with the United States drags on. China’s economic woes, along with a worrying decline in European manufacturing, have sparked fears of a global slowdown.

This month, the World Bank released an outlook report titled “Darkening Skies” in which it cut its global growth forecast for 2019 to 2.9% from 3% and cited the U.S.-China trade war as a big concern.

The conflict didn’t cause the slowdown, but it did make things worse — a “double whammy” as one economist put it.

“The trade war with the United States has increased anxieties and the sense of uncertainty about China’s place in the global economy and its ability to successfully implement economic reforms and escape the middle-income trap,” said Scott Kennedy, an expert on China’s economy at the Washington-based Center for Strategic and International Studies.

The uncertainty has “further led consumers to limit their spending on high-priced items and save more for necessities like healthcare, education and housing,” he said.

That’s a drain on the world economy because global manufacturers of cars, cellphones and luxury goods have relied on China for a big chunk of their sales in recent years.

“In cyclical terms, China’s enjoying a Chinese-style recession,” Kennedy said. “The official growth numbers are still around 6% or so, but all of the measures that one would typically look at to see economic activity, whether you’re talking about manufacturing or consumer activity, all are flat or down.”

Chinese economic statistics are widely mistrusted, making it difficult to determine just how bad things are. Last month, a former chief economist at the Agricultural Bank of China gave a speech citing an internal report by a major institution analyzing Chinese growth that applied two measures: One found growth was 1.67%, the other that it was negative. Xiang Songzuo of Renmin University did not name the institution. Video of his speech was immediately censored.

Experts say China’s troubles stem from government efforts from mid-2017 to control the shadow banking sector, with its risky, poorly regulated lenders, and to clean up a mountain of debt, much of it accrued by local government. The debt binge came with China’s massive stimulus after the global financial crisis. The resulting tightening of credit led to the economic slowdown, analysts say.

The depth of the slowdown appeared to take Beijing by surprise, Kennedy said. Stock indexes in Shanghai and Shenzhen lost almost a quarter of their value in 2018.

The nation is aiming to convert to a high-tech, high-wage economy. To do that, it is relying on its Made in China 2025 campaign, with government support for state-owned enterprises to drive advances in robotics, artificial intelligence, aerospace, information technology, green energy and other fields. But critics say the enterprises and banks owned by the state are wasteful and inefficient.

The government has launched a major stimulus to try to revive the confidence of consumers and private companies, including tax cuts; successive cuts to the ratio of funds banks must maintain; demands that banks lend more to private companies; $135 billion for railways and airports; and steps to speed up other infrastructure.

One province is even considering adding half a day to weekends to allow people more shopping time.

The moves announced so far would inject more than $600 billion into the economy, according to Kennedy.

But will it be enough?

She said the stimulus measures taken last year had been blunted by the slowing effect of the drive to get local government debt under control and the clampdown on shadow banking. Another factor was the government’s massive anti-corruption drive, which left some state officials wary about major investments, Garcia-Herrero said.

“So the public part of the infrastructure-driven, investment-driven stimulus has not proven as effective as it might have,” she said.

Yu Yongding, economic analyst with the Chinese Academy of Social Sciences, said a slowdown was inevitable after decades of growth, but argued that the nation’s financial stability would be at risk if the government didn’t boost the economy.

In an article published this month by the independent economic and financial news agency Caixin, Yu urged the government to take stronger measures, even if it meant weakening the currency or increasing the budget deficit.

He said the slowdown came amid foreign and domestic doubts about China’s ability to undertake economic reform: “Some even anticipate a financial crisis, caused by a bursting housing bubble or large-scale debt defaults by local governments and corporations. The trade war with the United States only deepens such worries.”

Kennedy said the measures rolled out so far paled in comparison with the massive stimulus China launched after the global financial crisis, and he predicted more steps to boost the economy in coming months.

“They certainly have room to do a lot more if they need to,” he said, adding that it would take time for efforts to translate into economic activity.

Chinese officials have promised a Goldilocks approach: not too much, not too little, but just the right amount of stimulus to try to get Chinese consumers to buy big-ticket items and put the economy on track, without adding too much to debt.

Xiang, the economist, said China had built an economy based on credit and speculation, and he called for an end to the country’s obsession with maintaining high levels of growth. He said local government debt fueled by past stimulus packages was a major problem, with uncertainty as to how high the real figure was and how much would ever be paid back.

Kennedy said China’s ability to avoid a debt crisis depended on whether the government was willing to embrace further liberal market reforms.

“Private companies are already pretty efficient users of capital, but state-owned enterprises are not and Chinese state-owned banks are very wasteful,” he said, arguing that China must make structural changes to the economy. “China still has a lot of low-hanging fruit to make this economy more efficient, but that requires politically difficult choices by the leadership that they haven’t wanted to adopt so far.

“It’s going to require them to make some structural changes in the economy — actually the type of things the United States and others have been calling on China to do. If they don’t, if they continue down the path which they are still on, then eventually they will run into problems,” Kennedy said, referring to the nation’s debt.

“There’s only so far down the road you can kick this can. The can is getting bigger, and they’re running out of road.”