Rockets’ red glare, bombs bursting in air across the U.S. 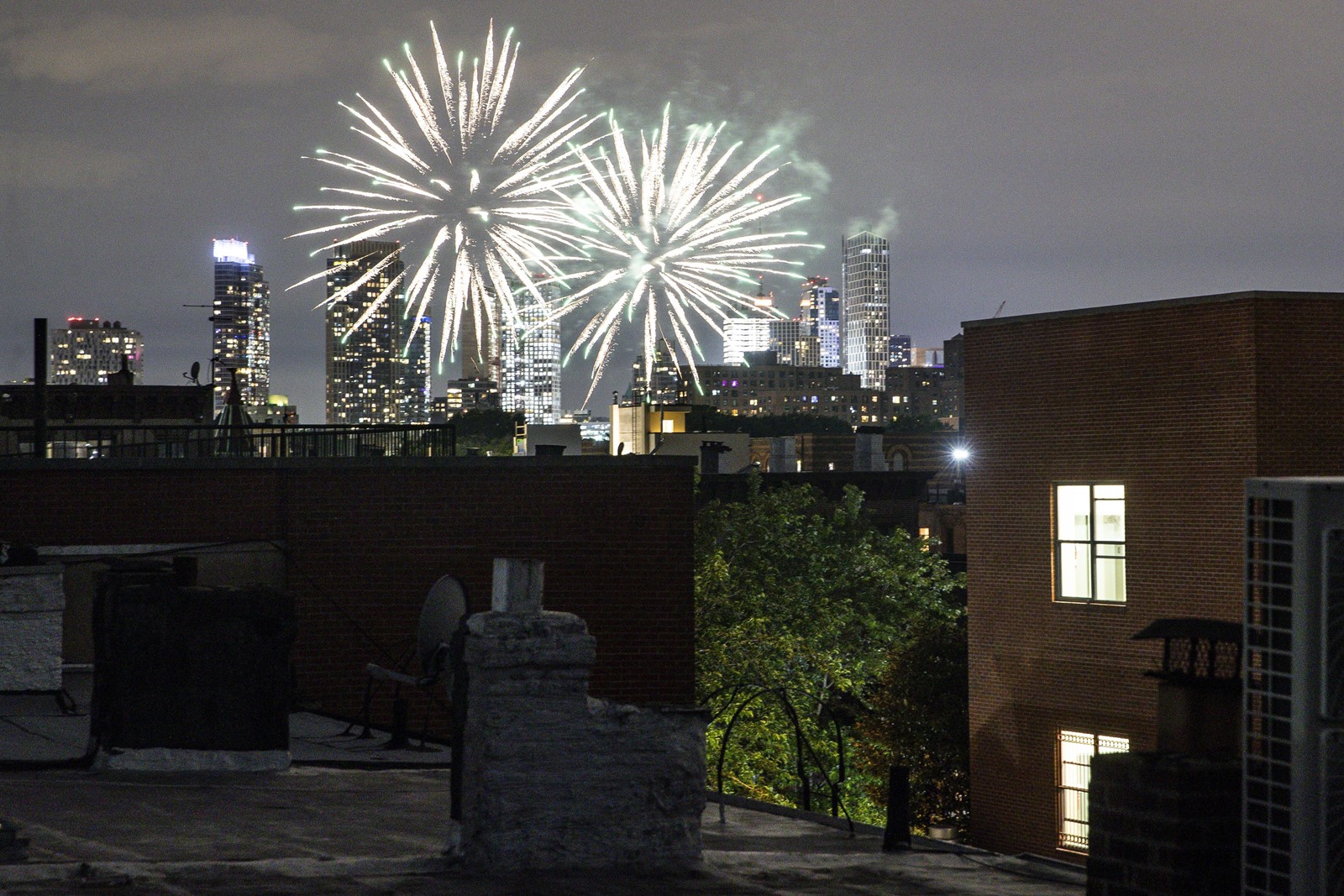 The sounds — like an army on the move — appeared early this month.

Kim Foote, a longtime resident of the Crown Heights neighborhood of Brooklyn, N.Y., noticed unusual bangs and flashes outside her apartment, starting after sundown and thundering into the early morning.

She brushed them off as part of protests that had overtaken city streets or an isolated, early kickoff to the Fourth of July. But as demonstrations died down, the daily late-night booms grew louder and longer, a new dimension in the New York state of mind.

“It literally sounds like someone is setting off bombs or explosives,” said Foote, a 42-year-old New York University administrator who has been working from home since the onset of the COVID-19 pandemic. “It’s summer and we live in New York City. But I’ve never heard this many fireworks, this often, in my 10 years in this building.”

After months of business shutdowns to stem the spread of the virus and weeks of demonstrations after the death of George Floyd, New Yorkers seem to be now also uniting against a different kind of cause: putting an end to illegal fireworks that echo and boom through neighborhoods and boroughs.

City streets, especially those in Brooklyn, have erupted in a cacophony of light displays over the weeks that have led to an incredibly high number of noise complaints.

In the first 19 days of June last year, the city’s 311 nonemergency line registered 27 calls about fireworks.

“These are much bigger than bottle rockets,” said Brooklyn Borough President Eric Adams, who has pleaded for residents to stop setting off the displays. “We don’t have a clue how these fireworks showed up all at once.”

The pyrotechnics go beyond New York. In Los Angeles, Baltimore, the Bay Area and Hartford, Conn., residents have taken to social media and neighborhood message boards for weeks to complain of fireworks. In Boston, police said they received more than 1,400 calls about fireworks the first week of June compared with 22 the year before.

Although fireworks are illegal in New York and many major cities, their sale and use has long been tolerated, especially around July 4. Every year in Los Angeles, the holiday brings reports of palm trees on fire across the city.

“It’s unclear what happened this year that is different in New York,” said Adams, who said he hears the sounds late into the night outside his Bedford-Stuyvesant home.

A variety of theories have grown.

With New York’s annual fireworks show and smaller neighborhood displays called off, some have wondered whether more commercial pyrotechnic devices are being sold underground. Fireworks company associations have disputed that, saying distributors keep a tight grip on products.

Others have proposed that more residents, many stuck largely indoors for months, have resorted to setting off fireworks out of simple boredom. A lot of loose gunpowder and a bit of fun and escape in the pitch of night.

Even with lockdowns lifted, average noise levels in New York and other cities are lower than usual. Experts said that people in general may have more discerning ears or are able to hear noise from farther away.

With a national debate over the role of police and the extent of racial bias in law enforcement, Adams said he was concerned about residents resorting to 911 to report events that are bothersome but largely nonviolent.

“It’s important that we do not aggravate any tension by having a too heavy-handed police response,” he said.

Foote, the Brooklyn resident, just wants the noise to stop.