Even if he loses, Trump has won

The fact that tens of millions of people voted for him again, knowing what they know, is just mind-boggling 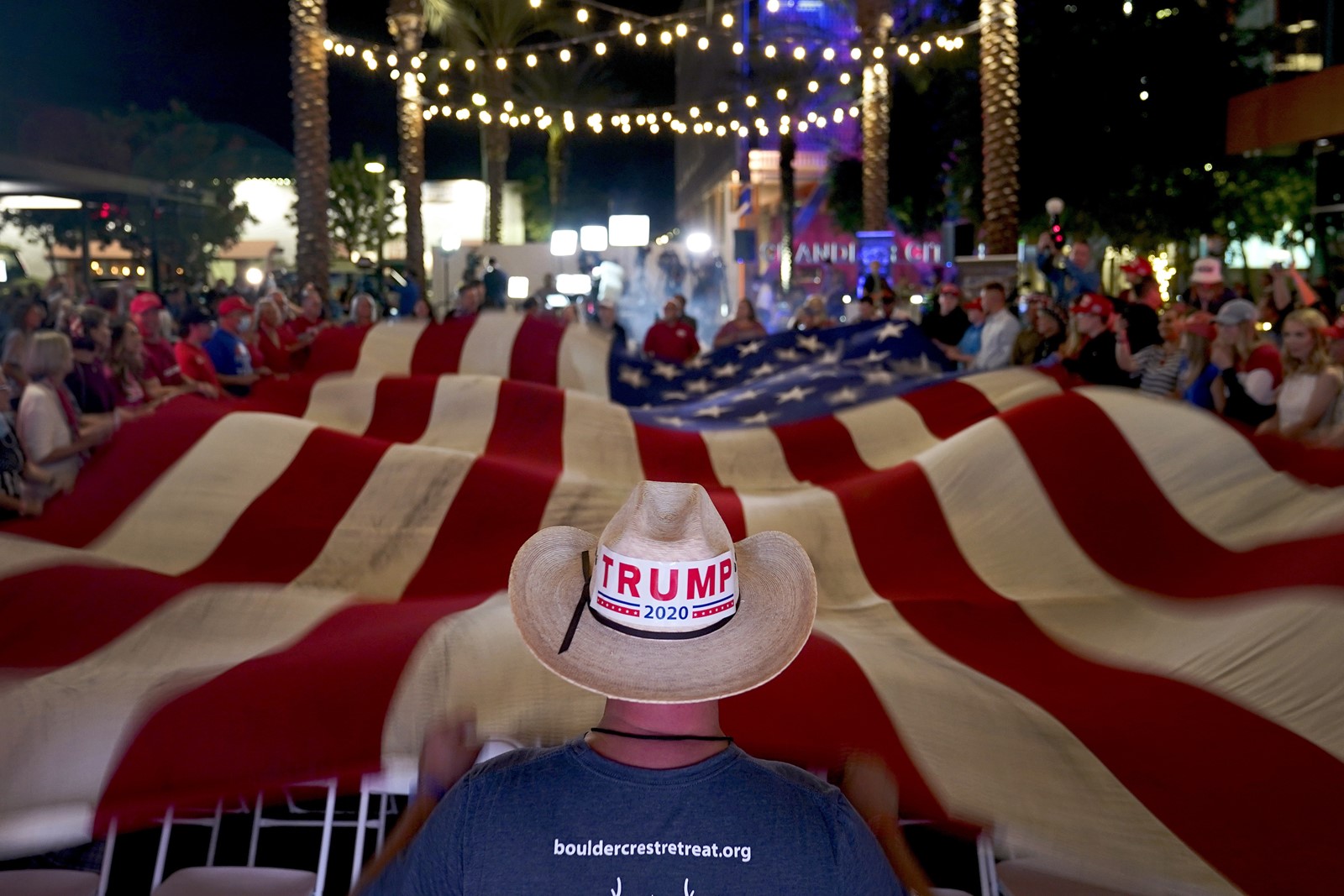 THE HIGH NUMBER of those who voted for President Trump suggests many Americans have embraced his approach to the presidency. Above, Trump supporters at an election night party in Chandler, Ariz. (Matt York Associated Press)
PREVIOUS IMAGE

to drag on now. There will be challenges and counter-challenges, lawsuits and recounts. Maybe protests, maybe violence. It’s been 24 hours since the polls closed and it’s uncertain when we’ll know for sure who will occupy the White House on Jan. 20.

But this much is clear: On one level, Donald Trump has already won. He’s won because he has sown exactly the kind of discord he thrives on. He’s won because he’s divided us still further in ways that will stay with us long after he has left office. He’s turned adversaries into enemies, undermined our democratic institutions and convinced us we’re cheating one another.

At the moment, he is continuing to undermine the electoral system itself with unsubstantiated charges of voter fraud. When there’s chaos and confusion, he flourishes.

Even if Joe Biden ultimately becomes president — and he appears as I write this to have a pretty strong path to 270 electoral votes — millions and millions of people will have again pulled the lever for Trump.

For the United States to have elected Donald Trump once can perhaps be written off as an aberration, a dreadful mistake. Maybe voters in 2016 — a more innocent time! — thought that he wouldn’t really follow through with his irresponsible campaign promises, or that he’d be sobered by the awesome responsibilities of the office or held in check by others.

But for tens of millions of people to double down and vote for him in 2020 is entirely different. It is an assertion by those voters that, yes, this is who we really are — and what the United States has become over the last four years is really what we want it to be. Their votes send a message to the world that this bizarre and untrustworthy man didn’t weasel his way into the most powerful job in the world by fooling the great American people. Rather, he was — and remains — the conscious choice of too many of them.

That does not bode well for the months and years ahead. Even if Trump is gone, Trumpism, I’m afraid, is not going away.

Many Trump supporters say they see his character flaws but back him anyway because they trust him on the economy or they like his irreverent style or they’ve been persuaded that Joe Biden is senile. But the message they send when they vote for him the second time is that they’re OK with self-dealing, bullying and lying. Intentionally or not, they’re giving a big thumbs-up to the way he talks about women, his refusal to denounce QAnon, the government dollars flowing into his hotels, his political chicanery in Ukraine, his racial dog whistles.

The president’s backers like to talk about “Trump derangement syndrome.” That’s the disease they believe afflicts Democrats, driving them so crazy with anti-Trump animus that they never gave him a chance. That’s why Democrats supposedly began fighting to undo the results of the 2016 election from the moment Trump took office. That’s why they invented the “Russia hoax” and the Ukraine impeachment drama.

One of the supposed symptoms of Trump derangement syndrome is a tendency to take him too seriously. After all, say his fans, he’s not doing so much damage with those outrageous statements and tweets. He’s just tweaking you; he’s just being Donald.

I could point to a million ways that’s not true, from his assault on objective truth to his encouragement of fear and resentment to his demonization of opponents. But instead, let me single out one simple policy issue.

The most heinous crime of Donald Trump’s first term — worse than Ukraine, worse than Charlottesville, worse even than separating children from their parents at the border — is how he has handled the issue of climate change.

For four years, he has not just ignored and denied this impending cataclysm, but has also actively moved us farther from a solution. He championed the coal industry, challenged fuel emission standards, encouraged the fossil fuel companies, disempowered scientists.

Action needs to be taken immediately, according to the experts — years ago, to be honest — if we are to avoid the worst and most destructive effects of global warming. To lose four years to the Trump presidency was a disaster; to lose eight would be calamitous.

It seems a fitting capper on Trump’s first term that on Wednesday the United States formally left the Paris climate agreement, the international treaty it helped create in 2015 to unite the world against catastrophic climate change. That treaty did not go nearly far enough, but for Trump it went too far.

He yanked us from it unceremoniously even though the effects of climate change are already upon us — longer and deeper droughts, wilder wildfires, more brutal hurricanes, record-breaking heat waves, melting ice floes.

If you need one example of lasting damage Trump has done, that’s it. His determination to reject the science of climate change is a crime against humanity.

He’s made his point and made his mark, to our detriment. It’s time for him to go.