A global forum with few allies for 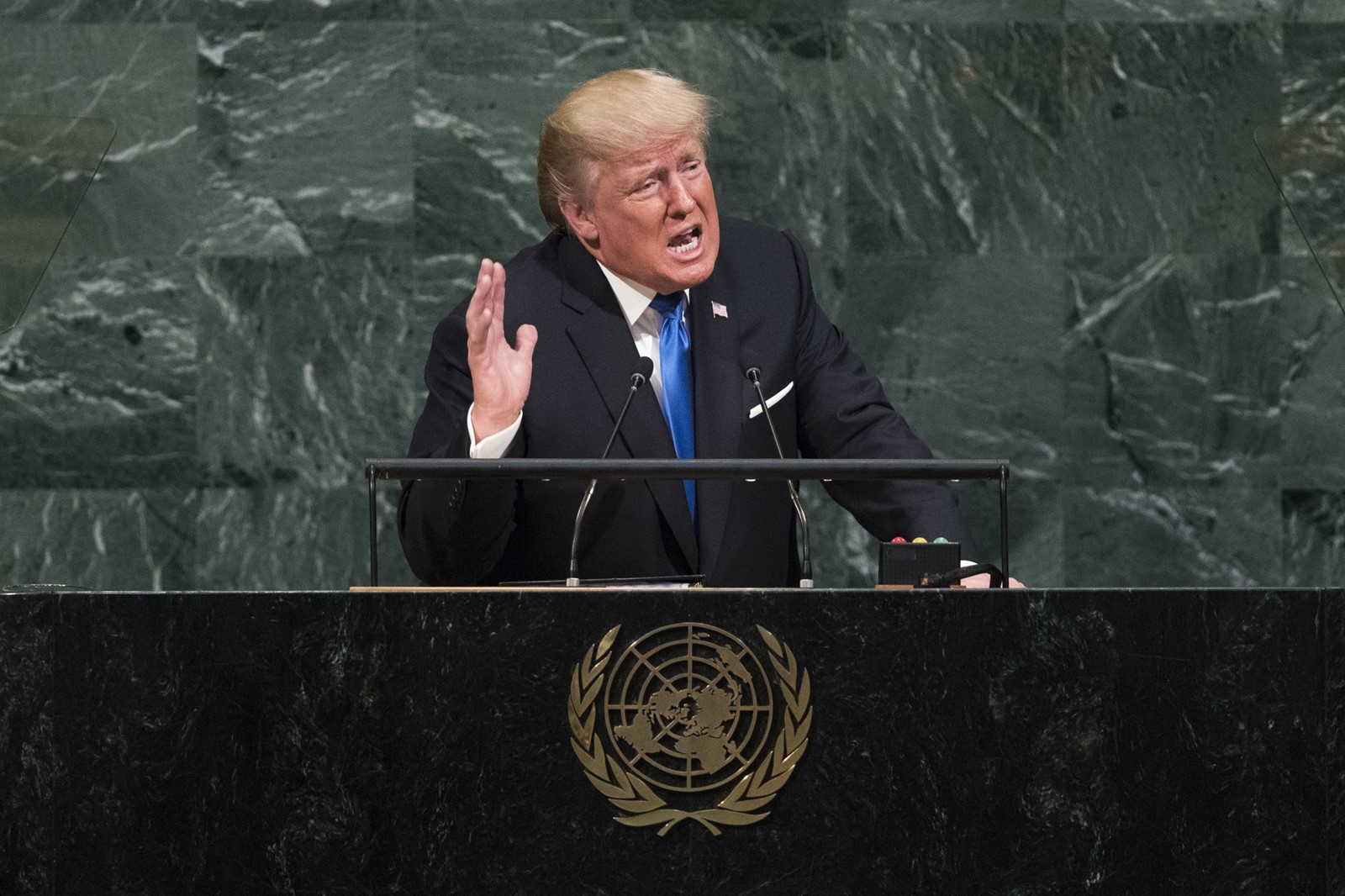 PRESIDENT Trump addresses the U.N. General Assembly in 2017. This year, the leaders he seems to like best, such as Russia’s Vladimir Putin, Israel’s Benjamin Netanyahu and China’s Xi Jinping, are no-shows. (Drew Angerer Getty Images) 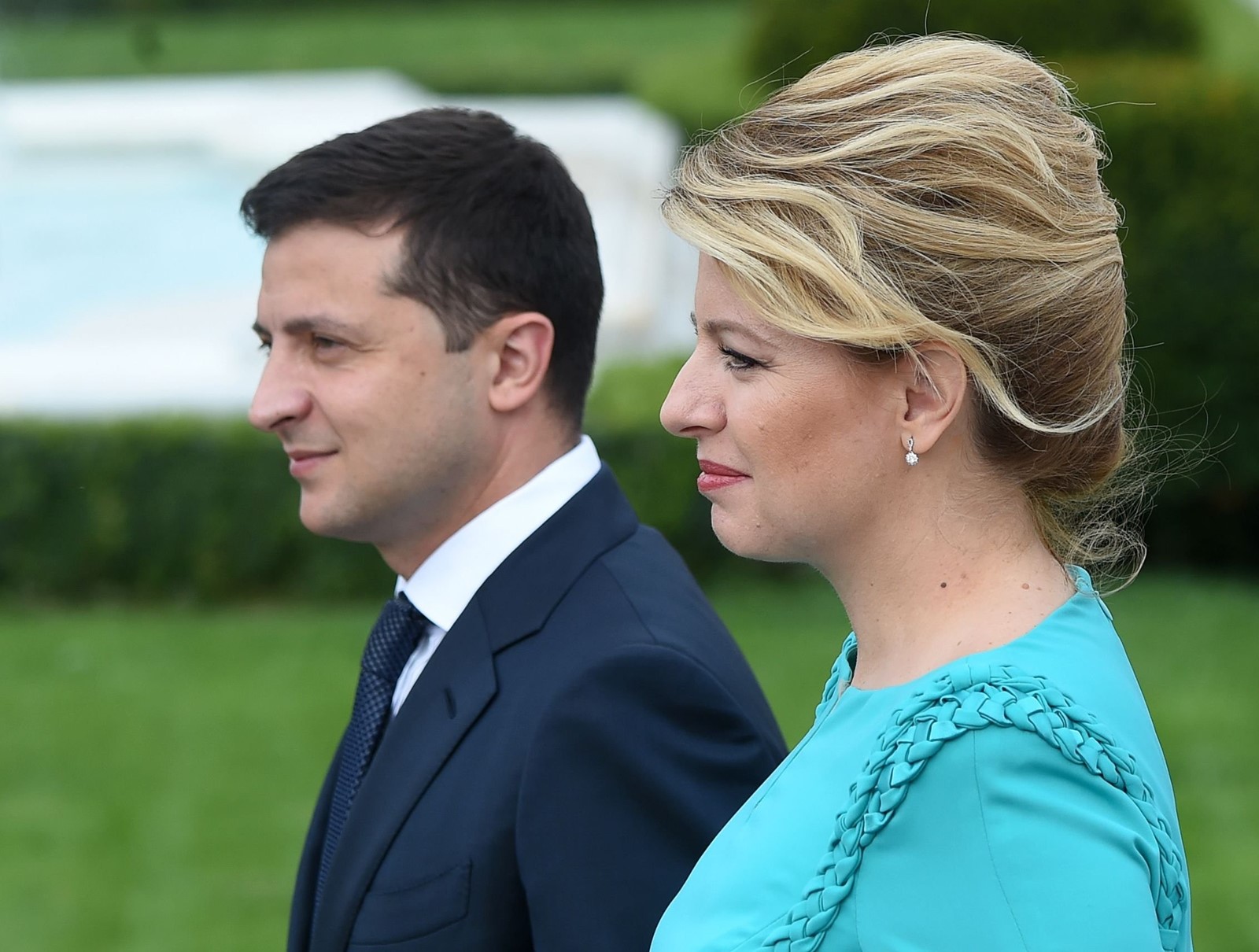 President Trump returns to diplomacy’s largest stage this week, facing the possibility of a spiraling conflict with Iran but with few prospects for finding the friends he needs to ease global tensions.

Last year, the world leaders gathered at the annual United Nations General Assembly laughed at Trump when he bragged about his accomplishments. This year, humor may be harder to come by. Trump has alienated many allies, while the leaders he seems to like best, such as Russian President Vladimir Putin, Israeli Prime Minister Benjamin Netanyahu and China’s Xi Jinping, are no-shows.

The “fraying world” is at a “critical point on several fronts,” U.N. Secretary-General Antonio Guterres warned, citing climate change, growing inequality and hatred, “as well as an alarming number of peace and security challenges.”

“Tensions are rising everywhere,” Guterres told reporters at U.N. headquarters in New York, previewing the 10-day General Assembly that shifts into full gear on Tuesday with speeches by Trump and other world leaders.

Trump also became embroiled in a fresh controversy just days ago when reports emerged that he tried to pressure Ukrainian President Volodymyr Zelensky to launch an investigation into business dealings involving the son of the leading candidate for next year’s Democratic nomination, former Vice President Joe Biden. Trump, who acknowledged at least one call and on Sunday appeared to confirm that he brought up Biden during that conversation, is scheduled to meet with Zelensky on Wednesday on the sidelines of the General Assembly.

The encounter has taken on new significance as House Democrats try to obtain access to a whistleblower complaint that reportedly involves Trump’s communications involving Ukraine. Zelensky assumed the presidency in May and members of his government have been complaining for weeks of what they considered a form of extortion from the Trump government. Other Ukrainian leaders over the weekend insisted there was no pressure.

“We have a big message for UNGA,” Trump told reporters on Friday when asked about the upcoming U.N. conference, using the summit’s initials. He did not elaborate, but advisors said Trump’s “America first” approach of putting U.S. interests and “sovereignty” as top priority in foreign policy will inform his comments to global counterparts.

Nowhere are tensions greater than in the Middle East after attacks this month on Saudi oil-producing infrastructure that temporarily cut off 5% of the world’s oil supply. The Trump administration and the Saudis blame Iran for the attacks. Tehran denies involvement.

On Friday, Trump authorized the deployment of U.S. air defense systems and hundreds of troops to Saudi Arabia to help the wealthy desert kingdom protect itself. It was a relatively mild response for Trump, who has at times threatened harsh retaliation only to back down.

Iranian President Hassan Rouhani is expected to attend the General Assembly, after Washington initially threatened to deny him a visa to enter the country.

Whether Rouhani and Trump will meet on the margins of the assembly remains unknown. Iran has said its officials will not talk directly to Trump or other U.S. representatives unless the crippling economic sanctions that Washington has imposed are eased.

Trump has gone back and forth over whether he would see Rouhani, and on Friday senior administration officials said there was no plan for the two leaders to meet. “Nothing is ever off the table, but I have no intention of meeting with Iran,” Trump said Sunday morning.

Secretary of State Michael R. Pompeo insisted sanctions would remain in place, contending that the measures, which restrict Iran’s crude exports and international financial dealings, are succeeding in denying the country “the wealth and resources to commit acts of war and terrorism around the world.”

French President Emmanuel Macron announced in Paris last week that he will hold a bilateral session with Rouhani in New York, then hopes to serve as an intermediary between the Iranian leader and Trump.

Ideally, the United Nations would be just the kind of forum for addressing the crisis with Iran, where options are limited and a military response from the U.S. and Saudi Arabia would probably only escalate the dangers of broader conflict. But Trump has never hidden his contempt for the world body and coalition-building.

“The president has eschewed virtually every alliance we have,” said Wendy Sherman, a senior negotiator of the 2015 international Iran nuclear deal that undid most of Tehran’s nuclear infrastructure but that Trump jettisoned a year ago. “There’s a lot of work to do with our traditional allies and partners, something that the president has not ever wanted to particularly do.”

Some analysts contend that Trump’s withdrawal from the landmark agreement, which he argued did not adequately restrain Iran, and his decision to reimpose sanctions were a central trigger in the current crisis.

The Iranians “have laid a trap,” said Jon Alterman, a former State Department official under George W. Bush and Middle East program director at the Center for Strategic and International Studies. “They’ve challenged a president with unilateral instincts to double down on them and isolate the United States from the world.”

Some of the allies that Trump so urgently needs to pressure Iran now believe that a Trump-led United States has “become an agent of instability in the world,” said Nicholas Burns, a former undersecretary of State who teaches diplomacy at Harvard. “The Trump administration needs to face that charge squarely.”

Even without newly fired national security advisor John Bolton, who had a particular distaste for the United Nations, the Trump administration is attempting to go ahead with drastic slashing of money for the organization as well as other foreign aid. Most problematic is an administration proposal to make foreign assistance a political tool by conditioning it on whether the recipient nation supports U.S. policies worldwide.

Trump raised the issue at his UNGA speech last year, saying he intended “only ... to give foreign aid to those who respect us and, frankly, are our friends.”

This year, members of the international community are concerned Trump will announce how he plans to execute that redistribution, said Peter Yeo, senior vice president of the U.N. Foundation, a group that promotes the U.S.-U.N. relationship.

Under a draft prepared by the administration, the National Security Presidential Memorandum would end or curtail much of the money that goes to fighting so-called root causes of migration and terrorism, including poverty and social programs. Governments that don’t vote with the U.S., for example, on controversial resolutions at the U.N. risk being cut off. Both Congress and Pompeo have stepped in previously to stop similar multibillion-dollar cuts in foreign aid, but it is unclear where this latest proposal stands.

“It has Bolton’s fingerprints all over it,” Yeo said.

In past administrations, Democratic and Republican, the United Nations was a showcase for U.S. policies, ideals and interests. But under Trump, Washington has ceded its leadership role, foreign diplomats say, by withdrawing from key U.N. agencies, downgrading the level of its ambassador to the organization and cutting financial support.

Stepping in to fill the void left by Trump is an ascending China, which is spending billions of dollars in Africa, Latin America and parts of Asia to spread its influence and economic leverage, and quietly inserting Chinese officials into key U.N. agencies, such as one that sets rules for emerging technologies.

“The Trump administration is sharpening its focus on a competitive strategy with China, but a key battleground is being overlooked,” said Kristine Lee, a fellow in the Asia-Pacific program at the Center for a New American Security, a Washington think tank. “The battle is whether democratic or autocratic values ... antithetical to the values on which the U.N. was founded ... will shape the course.

Trump also stands alone in the other major topic of the General Assembly week: climate change. He refuses to embrace the science that says humankind is slowly destroying the planet by producing excessive carbon gases that are warming the atmosphere and oceans, wreaking havoc with extreme weather and killing off entire species of animals.

Shortly after taking office, Trump withdrew the United States from the landmark Paris climate accord, the only country to do so. (Two years later, only Brazil’s Jair Bolsonaro, who was roundly criticized this summer for failing to fight fires ravaging the Amazon jungle, has said he also planned to leave the treaty.)

Guterres, the U.N. chief with whom Trump will be holding separate meetings, said the world was “losing the race” against climate change, with “more hellscapes” like the hurricane-ravaged Bahamas becoming inevitable.

The contribution of the United States is essential, he said, and he praised California for its “decentralized” approach of taking environmental protection into its own hands. Trump is trying to revoke California’s ability to set higher car emissions standards in what is shaping up as a protracted legal battle.

“We need bolder action and stronger political will,” Guterres said. “I have asked leaders to come with concrete plans and not beautiful speeches.”