Boeing is trying to sell jets to China despite trade war 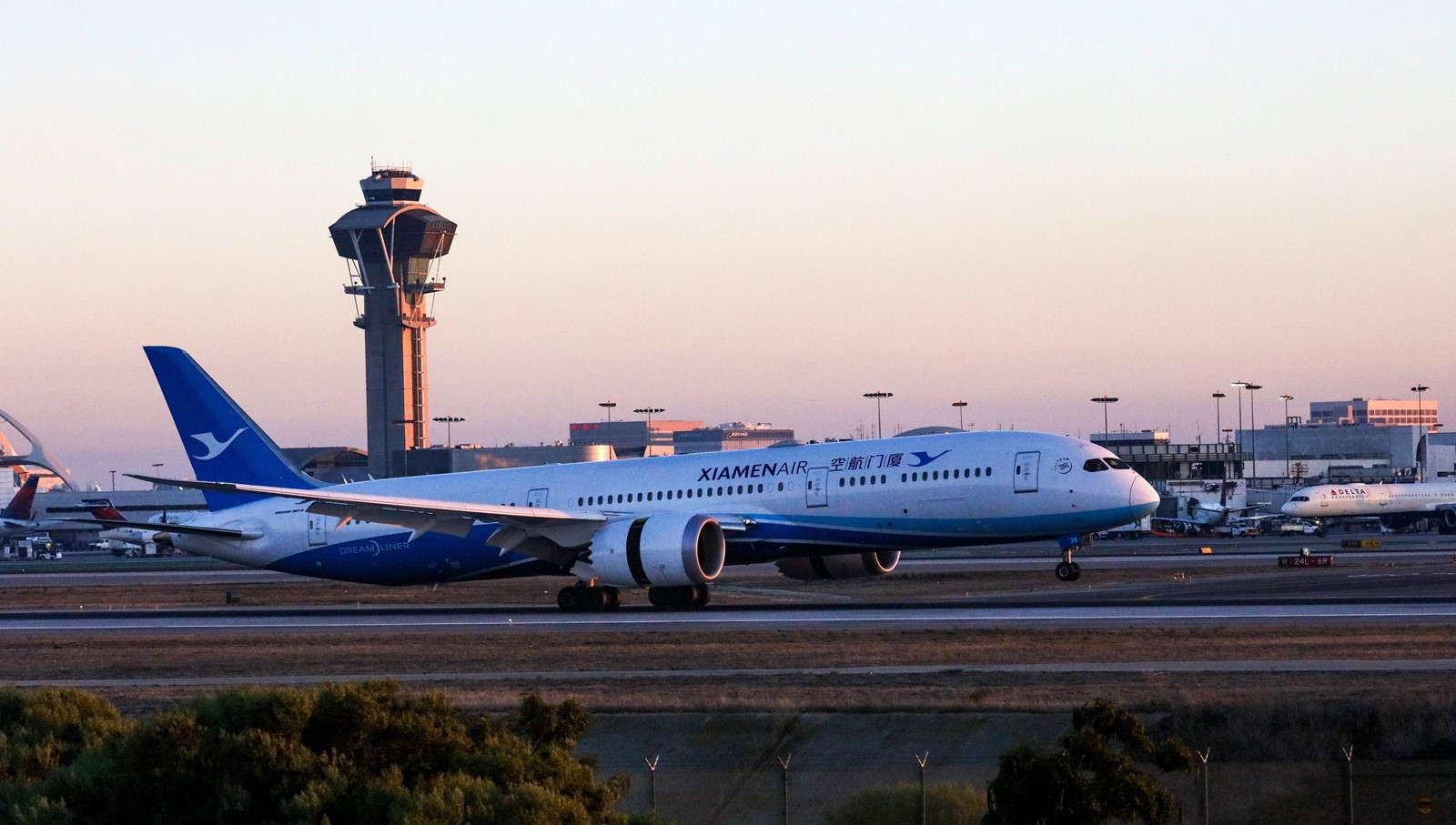 BOEING is in talks to sell to China about 100 twin-aisle jets: 787 Dreamliners and 777X planes, the newest long-range aircraft in Boeing’s lineup. The deal could top $30 billion. Above, a Dreamliner at LAX in 2017. (FG/Bauer-Griffin/GC Images)
PREVIOUS IMAGE

Boeing Co. has been negotiating one of the largest orders ever of wide-body jetliners with Chinese airlines even as tensions between Washington and Beijing escalate, people familiar with the talks say.

The discussions center on about 100 twin-aisle jets: 787 Dreamliners as well as 777X planes, the newest long-range aircraft in Boeing’s lineup, said one of the people, who asked not to be named because the talks are private. Negotiations have focused in particular on the 777-9 variant, the plane maker’s costliest jet with a $442.2-million sticker price, ahead of the model’s expected first flight this month.

No deal is imminent, the people cautioned, and the trade war is a major complication for all involved. The Chinese side is waiting for guidance from the government before pushing forward with the discussions, according to some of the people, as the tit-for-tat fight between the U.S. and China intensifies.

The battle over trade and technology between the world’s two biggest economies has entered a new phase, with allegations China reneged on commitments made at the negotiating table triggering a fresh round of tariffs and smashing a months-long detente.

Companies are being caught in the fray, with President Trump blocking telecommunications giant Huawei Technologies Co. from buying U.S. technology, and looking to extend the ban to five Chinese video-surveillance firms. Beijing vowed to retaliate, issuing a travel warning for the U.S. and threatening to blacklist foreign firms. It launched an investigation into FedEx Corp. for “wrongful” deliveries, and Ford Motor Co.’s main joint venture in China was fined for antitrust violations Wednesday.

Still, the airplane negotiations underscore the overlapping interests between the two nations in aviation. Boeing, under pressure over the worldwide grounding of its 737 Max plane, is the largest U.S. exporter and the deal would help reduce its home country’s trade deficit with China. The potential order would be worth more than $30 billion before customary discounts, depending on the mix of aircraft.

Boeing shares rose 1.2% on Wednesday to $348.75. They’re still down more than 17% since the March 10 crash of an Ethiopian Airlines 737 Max plunged the company into crisis.

Boeing declined to comment, while China’s Civil Aviation Administration didn’t respond to a request for comment from Bloomberg News.

China is an emerging aviation superpower, on pace to become the world’s largest aviation market in the 2020s. It has ambitions of eventually joining Boeing and Airbus as a dominant global plane maker, but the first locally developed wide-body jet is at least eight years away. That leaves the country’s airlines reliant on the duopolists for large jetliners to cruise over oceans and sate demand for travel by Chinese consumers.

“China’s not going to poke themselves in the eye. I don’t see them canceling Boeing airplanes,” said David Pritchard, associate professor and aerospace researcher for the State University of New York, Empire State College. Instead, China over time will probably shift from its strategy of carefully dividing orders between Airbus and Boeing. “Will that eventually move to Airbus’ advantage? Probably,” he said.

The new planes would help replace an earlier generation of 777 jetliners, one of the people said. Boeing has sold 101 of those aircraft to Chinese airlines, according to its website. Although the 777-9 would make up a significant portion of the deal, there is also interest in the smaller 777-8, whose size is comparable to the 777-300ER, another of the people said.

Boeing has long predicted healthy sales for the 777X in China, where airlines have yet to order the hulking model, the first twin-engine aircraft designed to haul more than 400 travelers. But the timing of the plane’s 2020 commercial debut is uncertain amid a controversy over the U.S. aircraft certification process after two deadly crashes of Boeing’s narrow-body 737 Max.

With the Max grounded indefinitely, Boeing is looking to orders of larger wide-body jets to help bolster its cash. Despite the forbidding trade backdrop, the Chicago company is still working to reach a commercial agreement that its customers in China can take to the government for approval, the people said.

Under the country’s complex airplane tender process, deals must also pass muster with regulators before they are handed off to the China Aviation Supplies Holding Co., which purchases all aircraft. The sales are often recorded as coming from unidentified customers by Boeing and Airbus, and may be unveiled at various stages of the approvals process — and again during visits by heads of state.

Boeing is “very engaged” in the U.S.-China trade talks, Chief Executive Dennis Muilenburg said at a Bernstein conference May 29.

China initially considered putting the 737 Max on a draft list of American products the country would buy to reduce its trade surplus with the U.S., but then changed its mind amid safety concerns over the aircraft, people familiar with the matter said in March.