The economy and voters

To Trump’s frustration, the boom hasn’t helped his reelection chances 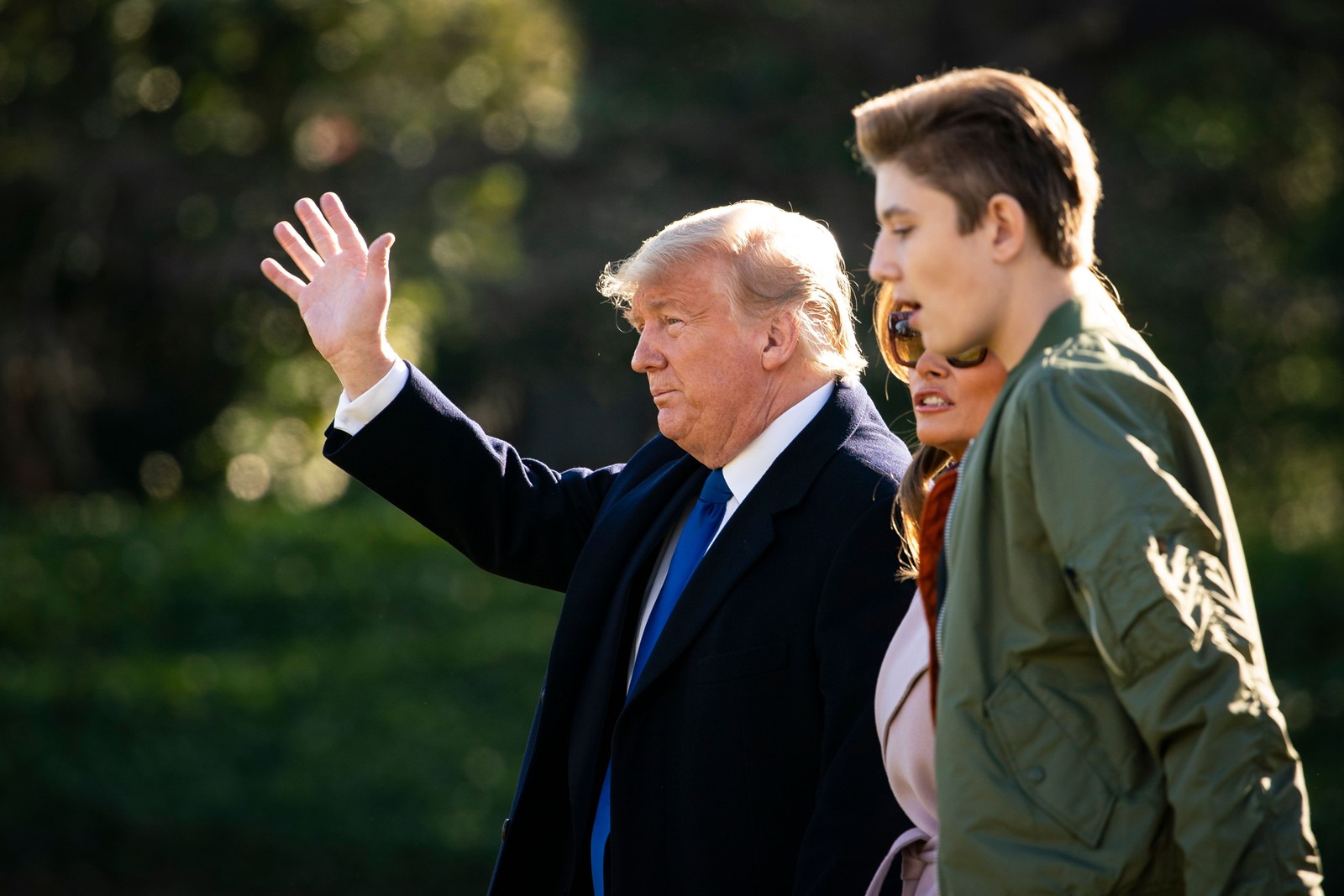 PRESIDENT TRUMP with the first lady and their son, Barron. “We’re doing an incredible job, and for absolutely no reason ... I got impeached,” the president said. (Al Drago EPA/Shutterstock)
PREVIOUS IMAGE

The frustration in President Trump’s

James Carville, the strategist for President Clinton, gets credit for coining the slogan “It’s the economy, stupid” in the 1992 campaign, but the truism goes back decades further.

At least since President Kennedy’s tenure — for most of Trump’s adult life, in other words — political scientists have documented that when the economy goes up, so does presidential approval. Today, that relationship has broken down.

About 42% of Americans approve of Trump’s work in office, recent polls indicate. By the standard that prevailed from the Kennedy era through George W. Bush’s presidency, that’s “about 15 points lower than we’d predict” based on how people feel about the economy, Vanderbilt University political scientist John Sides recently wrote.

Several factors have combined to deny Trump the economic adulation he craves.

To begin with, the economy is not quite “the greatest in history,” as Trump proclaims. The unemployment rate is at a historic low, but judged by other measures, the economy is OK, not great.

The administration had forecast 3% economic growth for 2019; the real figure ended up about 2%, and 2020 likely will be slower, many economists predict. The economic boom of the late 1990s featured a growth rate twice that large.

Moreover, much of the benefit of the current growth has gone to people at the top of ladder, leaving many Americans feeling dissatisfied. A Monmouth University poll in April found that only 12% of Americans said their families had “benefited a great deal” from recent economic growth, and only 18% said that middle-class families had benefited a lot from Trump’s economic policies.

Still, even with all that, economic numbers like this used to give incumbents more pop. What else is at play?

A poll from Florida Atlantic University released Thursday illustrates how much other issues overshadow the economy for both Trump’s supporters and his opponents.

The poll showed Florida, a crucial state electorally, as a toss-up. In hypothetical matchups, Trump tied or narrowly trailed each of the major Democratic candidates.

That was somewhat worse than his standing in the university’s poll during the fall, which showed the president narrowly leading each of the Democrats. In both surveys, all of the differences were within the poll’s margin of error, indicating that Florida, once again, will be up for grabs.

The poll asked voters why they picked their preferred candidate. For Trump voters, the economy landed in third place. In the matchup with former Vice President Joe Biden, for example, only 13% of Trump’s voters listed the economy as the main reason for their vote choice, ranking behind immigration (20%) and foreign policy/terrorism (16%). The numbers were similar when Trump was matched against other leading Democrats.

For Democratic voters, the economy ranked behind healthcare as a motivating issue.

Trump’s behavior also plays a role. The tweets, the name-calling, the falsehoods — his core supporters love his style, but it takes a big toll on his standing with other voters. Even as a good economy pushes his approval upward, the rest of the package pushes him down.

But something else is at play that goes beyond Trump. As Sides noted, the relationship between the economy and presidential approval first broke down under President Obama. The economy steadily improved after Obama’s first year as the nation pulled out of the deep recession that began under Bush. But Obama got no political boost from that.

The reason why an improving economy used to improve a president’s standing is that it caused some voters to cross party lines and support a person from the other side. In today’s deeply partisan era, nothing has that effect.

Trump didn’t create hyper-partisanship, although he surely benefited from it. During Obama’s tenure, he told Republicans to ignore or mistrust economic statistics that showed good news for the man in the White House. He helped cement the partisan wall that divides America; it’s not likely to crumble anytime soon.

None of that means Trump can’t win, but it does mean he’ll have a much harder time than incumbents with his sort of economic record used to expect.

Voters who disapprove of Trump’s handling of the economy overwhelmingly say they plan to cast ballots against him. Unfortunately for Trump, those who approve of how he’s done on the economy aren’t similarly unified: Most say they would vote to reelect him, but a significant share say they would not.

In a national poll taken by Quinnipiac University in December, 11% of voters approved of Trump’s handling of the economy but said they would vote for Biden over Trump, according to the university’s poll director, Doug Schwartz. Those voters mostly identified themselves as moderates and were about evenly divided between Democrats and independents.

Recent polls by Marquette University in Wisconsin showed a similar pattern in that state, which many strategists see as the most closely divided of the country’s election battlegrounds. A small majority of voters in the state approve of Trump’s handling of the economy, but in head-to-head matchups with leading Democrats, the state is a tossup, the poll found.

About a third of respondents who “somewhat approve” of Trump on the economy disapprove of his job performance overall. And in head-to-head matchups, about 25% to 30% of them sided with Democratic candidates.

If you’re looking for swing voters, those people — the ones who sort of approve of Trump on the economy but disapprove of his performance overall — are a good place to start.