Once a ‘power grab,’ now a Trump tool

A president who once harshly condemned Obama’s executive orders is issuing them at a much faster pace. 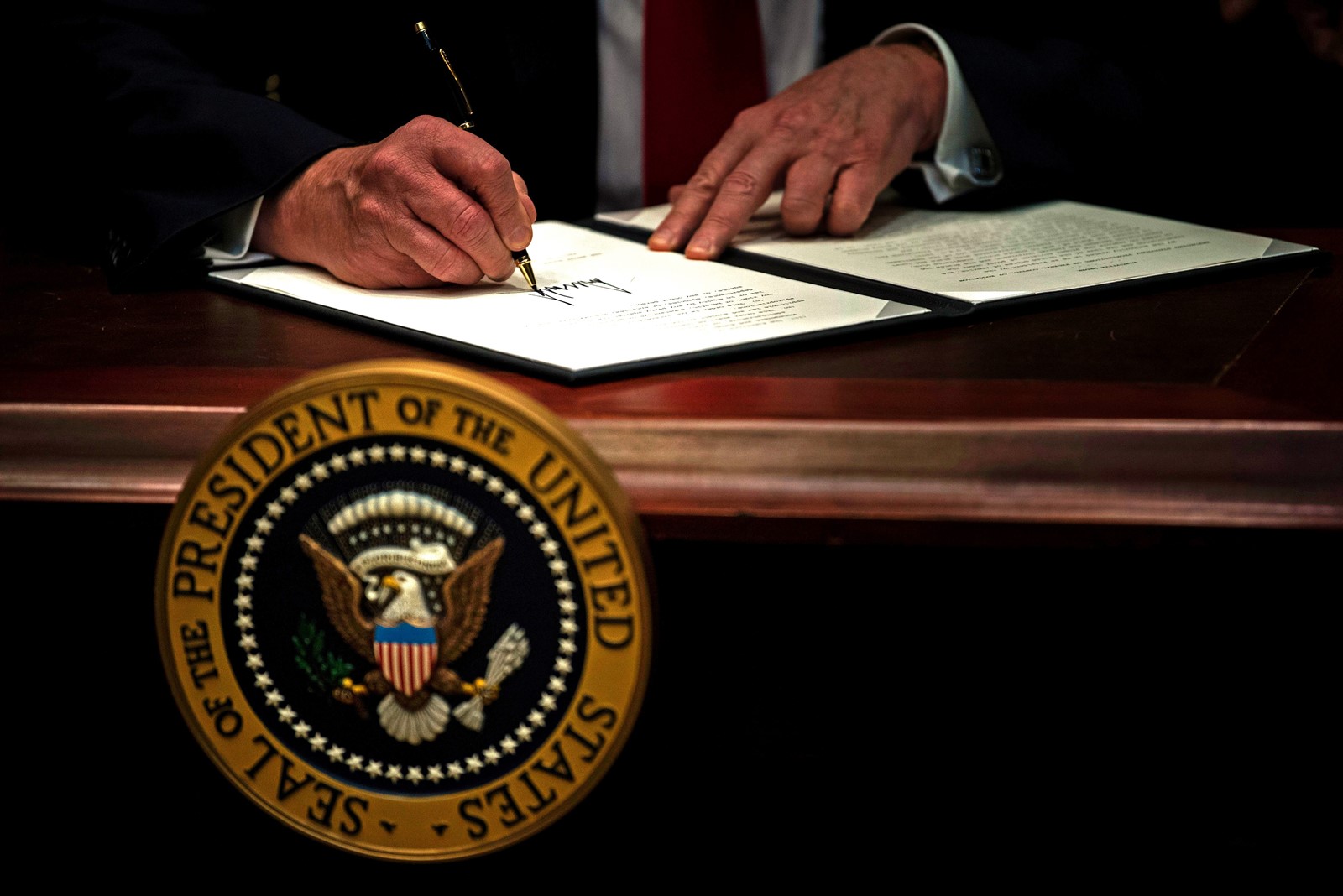 PRESIDENT TRUMP has signed more executive orders in each year of his presidency than did his predecessor, whose actions he called a “basic disaster.” (Brendan Smialowski Getty Images)
PREVIOUS IMAGE

It wasn’t too long ago that Donald Trump derided presidential executive orders as “power grabs” and a “basic disaster.”

He’s switched sides in a big way: In each year of his presidency, he has issued more executive orders than did President Obama during the same time span. He surpassed Obama’s third-year total just recently.

Back in 2012, Trump had tweeted: “Why Is @BarackObama constantly issuing executive orders that are major power grabs of authority?” That criticism continued once he entered the presidential race.

But Trump appears to have learned what his predecessors discovered as well: It’s easier and often more satisfying to get things done through administrative action than to get Congress to go along, said Andrew Rudalevige, a professor at Bowdoin College who studies the history and effectiveness of presidential executive actions.

“Most candidates don’t realize the utility of executive actions while campaigning,” Rudalevige said. “When they become president, they quickly gain an appreciation of how difficult it is to get things done in government.” The White House declined to comment on Trump’s use of executive orders. He surpassed Obama’s third-year total when, in the last two weeks, he issued five executive orders relating to Medicare, government transparency, federal spending and imposing sanctions on Turkish officials.

An executive order can have the same effect as a federal law — but its impact can be fleeting. Congress can pass a new law to override an executive order and future presidents can undo them.

Every president since George Washington has used the executive order power, according to the National Constitution Center, and some of those orders played a critical role in American history. President Franklin Roosevelt established internment camps during World War II. President Truman mandated equal treatment of all members of the armed forces through executive orders. And President Eisenhower used an executive order to enforce school desegregation in Little Rock, Ark.

When Obama became frustrated with how difficult it was to push legislation through Congress, he warned Republicans he would take executive action when he considered it necessary.

He famously declared in 2014: “We’re not just going to be waiting for legislation in order to make sure that we’re providing Americans the kind of help they need. I’ve got a pen, and I’ve got a phone.”

Few candidates for office have placed as much emphasis on criticizing a predecessor’s executive orders as Trump did. He reasoned that Obama’s use of executive orders made him look like a weak negotiator. But Trump himself has had little success with Congress in that regard. His biggest legislative achievement so far, a $1.5-trillion tax cut, failed to gain one Democratic vote.

Trump has so far issued 130 executive orders. By comparison, Obama issued 108 in his first three years.

Obama relied on memorandums and proclamations for some of his most disputed executive actions, so just counting his executive orders understates his efforts to take action without Congress passing a bill.

For example, protections for young immigrants brought into the country illegally as children came about through a Department of Homeland Security memorandum. That action, known as Deferred Action for Childhood Arrivals, or DACA, allowed eligible individuals to request temporary relief from deportation and apply for authorization to work in the U.S.

Obama took the action after Congress had declined to pass the Dream Act, legislation that would have helped a similar group of migrants. Republicans argued that Obama overstepped his constitutional authority. In November, the Supreme Court will hear arguments over the Trump administration’s plan to end the program, which has protected roughly 700,000 young immigrants from deportation. Lower courts have so far blocked the administration from ending the program.

Obama also issued proclamations to declare new national monuments in Utah and Nevada in his final days in office. In all, he issued 34 monument proclamations. Some of the largest monument designations were heavily criticized by state and local officials.

Rudalevige said that Trump appears to favor the pomp and ceremony that often comes with an executive order. He routinely makes a speech, assembled administration officials and potentially affected Americans thank him for taking action, and he signs the order before the cameras, holding it up for photographers to capture the moment.

“I think it fits his personality,” Rudalevige said.