GOP says Russia case is closed even as it revisits inquiry 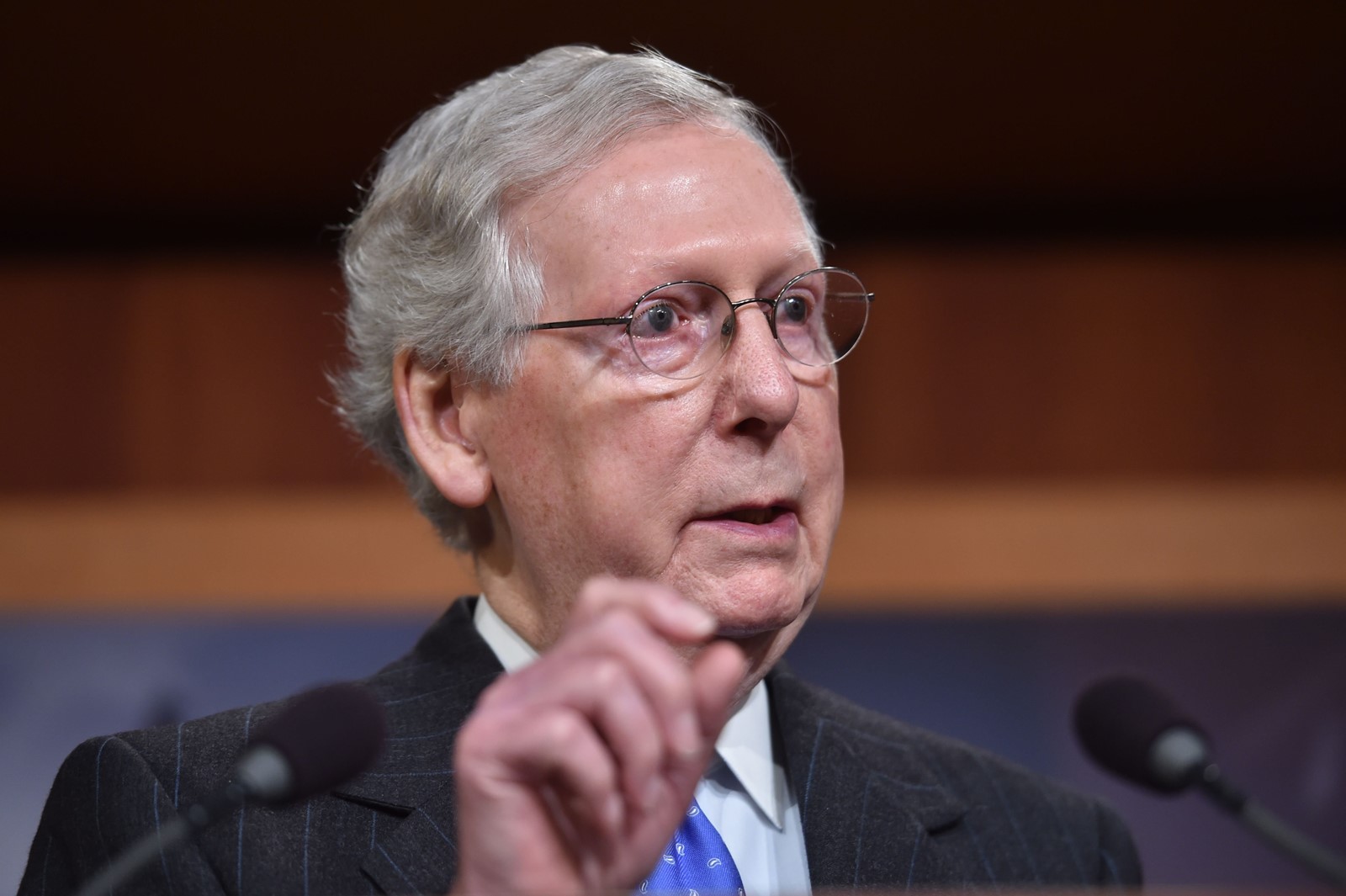 “Two years of exhaustive investigation, and nothing to establish the fanciful conspiracy theory that Democratic politicians and TV talking heads had treated like a foregone conclusion,” McConnell (R-Ky.) said on the Senate floor.

It was time, he said, for the country to move on.

But Congress isn’t quitting the Russia investigation. Senate Republicans are stepping up efforts to examine how the inquiry began, revisiting controversies that are reliable fodder for angry presidential tweets, while House Democrats have launched multiple committee investigations that use Mueller’s report as a starting point.

Fueling the drama, President Trump has vowed to fight “all the subpoenas” and said current and former administration officials — including Mueller — should not testify in the Democrats’ inquiries. That standoff over separation of powers is creating a political fault line for both parties as they gear up for the 2020 campaign.

Democrats on the House Judiciary Committee said they would vote Wednesday to hold Atty. Gen. William Barr in contempt for defying a subpoena by refusing to turn over an unredacted copy of Mueller’s report and the underlying evidence. Unless committee staff and Justice Department officials find a compromise, a court fight could keep the dispute alive for months.

Trump has pumped out discordant messages of his own, insisting he was fully exonerated in a partisan “witch hunt” conducted by “angry Democrats.”

Republicans scrutinized some controversial episodes from the Russia investigation, including a court-approved surveillance warrant against a former Trump campaign advisor, when they controlled the House last year. But with Trump and his supporters amping up the rhetoric, charging that the probe involved spying and an attempted coup, the Senate has promised to reopen the inquiry.

“It has to be done,” said Sen. John Kennedy (R-La.). “There is a perception that some people, a small handful of people, hopefully, at FBI and the Department of Justice interfered in the 2016 election and acted upon their political beliefs, and we have to address that perception.”

Sen. Lindsey Graham (R-S.C.), chairman of the Senate Judiciary Committee and one of Trump’s closest allies on Capitol Hill, made clear that investigating the original investigation would be a priority for his committee.

“This committee is going to look long and hard at how this all started,” Graham told Barr at a hearing last week.

Sen. John Thune (R-S.D.) said he saw no contradiction between McConnell’s call to move on and Graham’s pledge to review the investigation.

“The question of whether or not Americans were being spied on is something that’s an appropriate role when it comes to oversight for the Judiciary Committee,” he said. But Thune also said Americans want to put the Russia probe “in the rear-view mirror.”

He added, “I just think people are tired and they’re sort of in a lot of ways relieved that it’s over.”

Democrats are struggling to gain traction with their investigations into Trump, his finances and his presidency.

Barr refused last week to appear before the House Judiciary Committee in a dispute over whether staff lawyers could question him. The White House also instructed former chief counsel Donald McGahn, a key witness for Mueller, to withhold documents from the committee.

On Monday, Treasury Secretary Steven T. Mnuchin stiffed the House Ways and Means Committee, saying it had no legitimate legislative reason to demand six years of Trump’s tax returns. The case is likely headed to court.

McConnell accused Democrats on Tuesday of ramping up investigations because they were disappointed Mueller did not find a conspiracy between the Trump campaign and Russia. Democrats, he said, are experiencing “a meltdown.”

“It’s sort of like Richard Nixon saying, ‘Let’s move on,’ at the height of the investigation of his wrongdoing,” Senate Minority Leader Charles E. Schumer (D-N.Y.) said. “Of course he wants to move on. He wants to cover up.”

Kurt Bardella, who was a House Republican aide during investigations into the Obama administration, said Republicans need to go on the offensive to avoid taking action on the evidence Mueller uncovered.

“The choice they’re faced with is either accept some of the substance of the Mueller report, or continue doubling down on discrediting it completely,” he said.

Republicans have largely chosen the latter route, going back to some of their favorite controversies, including thousands of text messages between FBI Agent Peter Strzok and FBI lawyer Lisa Page during the campaign.

Both worked on the Russia investigation initially and harshly criticized Trump in their private messages. Sens. Charles E. Grassley (R-Iowa) and Ron Johnson (R-Wis.) quoted those texts again this week in a letter to the intelligence community’s inspector general to urge an investigation into illegal leaks.

Barr said last month he was reviewing “spying” on the Trump campaign. Although he said he wasn’t sure there was wrongdoing, he told a Senate committee that “there was probably a failure among a group of leaders” in the FBI’s “upper echelon.”

In October 2016, the Justice Department and the FBI obtained a foreign intelligence surveillance warrant to eavesdrop on Carter Page, a former foreign policy advisor to the campaign, because of his contacts with Russian intelligence operatives. Federal judges renewed the warrant three times. Page was not charged.

Republicans have repeatedly suggested that the surveillance was improper, but FBI Director Christopher A. Wray rejected those concerns during a Senate budget hearing Tuesday.

“I don’t think I personally have any evidence of that sort,” he said.

Wray also said he wouldn’t describe the court-approved surveillance as “spying,” as Trump and Barr have done. “That’s not the term I would use,” he said.

Some experts see the ongoing back-and-forth over the special counsel’s investigation as more evidence of the country’s deepening partisan divide.

“There has to be an end to these things,” said Ken Gormley, president of Duquesne University and the author of books about the Watergate and Whitewater scandals. “People have to learn to get over them.”