For Biden, Iran talks are high-risk

Going slow on nuclear deal could lead to war; moving fast could hurt his domestic agenda. 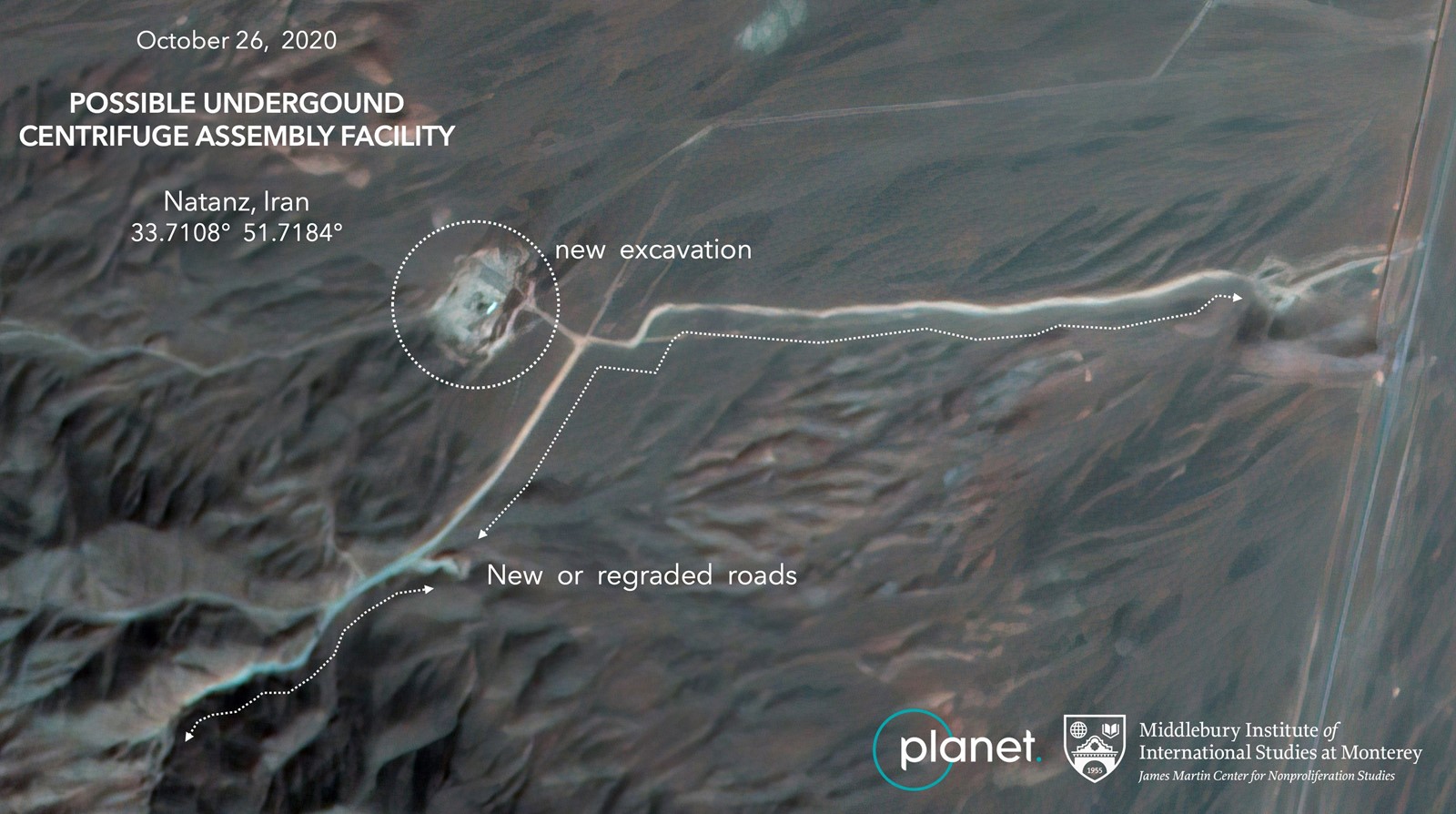 With the first serious efforts to revive the Iran nuclear deal unfolding this week, President Biden faces an increasingly urgent dilemma: He can go slow, risking war and a collapse of talks, or move fast, even if it means a possibly flawed deal that damages his ambitious domestic agenda.

Iran, the U.S., the European Union and the five other nations that signed the 2015 nuclear pact, including China and Russia, will gather in Vienna starting Tuesday in hopes of salvaging an agreement that the Trump administration set ablaze but that other world powers struggled to keep alive.

The new talks — the first public meetings involving all parties since former President Trump withdrew from the deal in 2018 — are aimed at returning both the U.S. and Tehran into compliance. Washington would ease sanctions that have crippled Iran’s economy, and the Islamic Republic would cut back production of nuclear materials, which it had increased to prohibited quantities. Until now, each side insisted the other go first, locking the two into a stalemate.

“This is a first step,” Biden’s special envoy for Iran issues who helped negotiate the 2015 pact, Robert Malley, said on Twitter. “Difficult discussions ahead but on the right path.”

But technical and, more important, political challenges remain for all parties that could easily scuttle any progress.

Recent attacks by Iranian proxies on U.S. forces in Iraq are making it tougher for the Biden administration to build domestic support for these new diplomatic initiatives. Some U.S. officials and analysts think Biden should delay dealing with Iran, focusing on his domestic agenda instead. Others think he has already waited too long.

And some Pentagon officials think the tensions are so severe that it might not be possible to delay further. Without a deal restricting the Iranian nuclear program, the choice becomes to watch Iran march closer to the ability to build a bomb, or to go to war to stop it, U.S. military officials say.

As evidence of the urgency, the U.N. atomic watchdog agency’s latest report says Iran has installed a set of sophisticated centrifuges at its underground Natanz plant that will further expand its capability to enrich uranium. Ever since Trump left the deal and sought to isolate and punish Iran with a “maximum pressure” campaign, the Islamic Republic has steadily ratcheted up its violations. It has stockpiled uranium and heavy water and restricted the access of the United Nations inspectors charged with monitoring its nuclear activities as part of the 2015 agreement.

The longer Iran is outside the deal, the closer it gets to having a nuclear weapon; the closer it gets, the more likely Israel is to strike Iran’s nuclear facilities, potentially setting off a regional war that would be almost certain to draw in the United States.

Biden first made overtures to Iran in February, hoping to unlock the stalemate, but those were rebuffed. In the weeks since, European diplomats led by Josep Borrell, foreign minister for the European Union, lobbied Iranians, Russians and others to agree to move past the initial objections. Malley, Biden’s point man, also crisscrossed the region to plead the U.S. case and convince other leaders, including Iran’s, that the Biden administration was serious about reviving the agreement.

“There are just too many skeptics — in Iran, in the region and in Washington — who want to kill the deal if [Biden] doesn’t move forward,” said Joseph Cirincione, an arms control expert at the Quincy Institute for Responsible Statecraft, a Washington think tank. He was among several analysts who said Biden had miscalculated by not quickly reviving the deal in the first weeks of his administration, as he had vowed to do during the campaign.

Vali Nasr, an expert on Iran and former dean of the Johns Hopkins School of Advanced International Studies in Washington, also said Biden’s go-slow policy not only betrayed his campaign promises but also increased the demands on Iran to seek sweeping relief from U.S. sanctions, rather than settling for a partial removal. Iranian-backed militias in Iraq and Yemen have also stepped up attacks on U.S. bases and allies, including Saudi Arabia.

“There has been a shift that actually has created more distrust in Tehran,” Nasr said, speaking in a briefing before the Vienna talks were announced. “They don’t see a return to [the deal] anytime soon, so they are engaging in behavior now that is going to make it even more difficult for the Biden administration to take the first step.”

If Biden does embrace the deal — and the Vienna talks in no way ensure such progress — the GOP is sharpening its knives to go after him for acquiescing to the hostile Islamic Republic. Critics of the deal have long insisted it cover other parts of Iran’s military activity, including its development and testing of missile systems and support for regional militant groups; the authors of the pact said wrapping in the other issues would have doomed agreement on nuclear weapons.

Sen. James M. Inhofe of Oklahoma, the senior Republican on the Senate Armed Services Committee, said Friday that Biden would be going back on promises to pursue a different diplomacy with Iran if he returned to a deal the senator described as misguided and dangerous.

“The only sustainable diplomatic resolution with Iran is one that has bipartisan support,” Inhofe said in a statement that referred to the deal known as the Joint Comprehensive Plan of Action. “As a reminder: Members of Congress rejected the JCPOA on a bipartisan basis in 2015. If you repeat history next week by restoring that failed agreement, we will work to reject it once again.”

Then-President Obama used his executive authority to enter the agreement without going through Congress.

If the nuclear agreement can be revived, Biden officials say, they would seek further talks with Tehran to craft a “stronger, longer” deal, aimed at extending the nuclear restrictions and putting limits on Iran’s growing arsenal of missiles. The U.S. would also seek to curtail Iran’s backing of militia groups in Iraq, Yemen, Lebanon and Syria, U.S. officials say.

U.S. officials also insist they are not in the business of making unearned concessions to Iran.

“The Biden administration has demonstrated that it will move in concert with Iran and will not give anything away,” said Kelsey Davenport, director of nonproliferation policy at the Arms Control Assn. “Of course that will not appease all the critics.”

Perhaps a bigger risk is that an incident could escalate into a major military confrontation.

Top U.S. commanders say Iran’s growing arsenal of indigenously produced missiles is a major threat to U.S. bases and allies in the region — an even greater short-term risk than Iran’s nuclear program.

Iran has hundreds of short- and medium-range missiles on mobile launchers that would make it difficult, if not impossible, for the U.S. to fully neutralize them if a conflict broke out.

“Their ballistic missile program still exists and has improved. Their continued support for terrorist groups in the region still is a problem and has, in many ways, accelerated,” Pentagon spokesman John Kirby said. “So they continue to pose a threat to our interests and to the interests of our allies and partners in that part of the world and we take that very seriously.”

But with the Iranian presidential election coming in June in which hard-liners are likely to prevail, the prospects for a deal that goes beyond reviving the nuclear pact are poor at best, several experts said.

“The longer he waits, the harder it is to get back in the deal,” he said. “This isn’t something they can put on the shelf and pick up again in September.”