Guarantee paychecks for all displaced workers 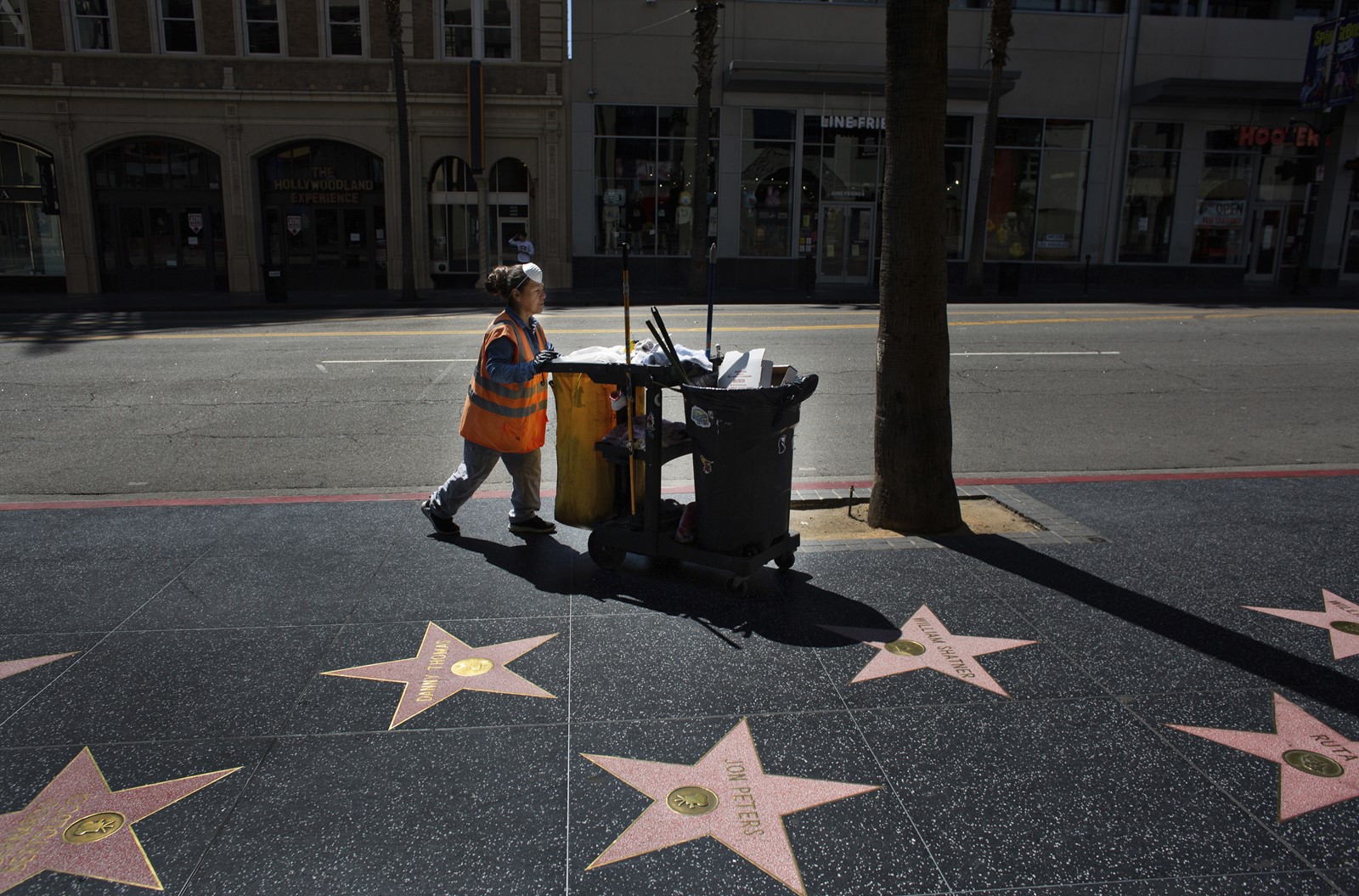 IN HOLLYWOOD, as in cities across the U.S., businesses are shuttered. We need to keep them in sleep mode, not let them die. (Jason Armond Los Angeles Times)
PREVIOUS IMAGE

collapse in U.S. employment due to the coronavirus crisis demands far more from the federal government than it has done so far.

Nearly 17 million Americans filed for unemployment in just the three weeks ending April 4. And analysis by the research center INET Oxford predicts that without urgent action, 24% of U.S. jobs could be lost in coming weeks — compared with just 3.3% during the 2007-09 recession. That kind of job loss would be equal to the worst years of the Great Depression and would mean more than 37 million Americans are out of work. The impact will be felt most severely by low-income workers.

The goal, until it is safe for people to return to work, must be to maintain the economy in “sleep mode.” That will require keeping businesses and workers as intact as possible, ready to “wake up” and return to work when the health crisis passes, in order to drive a strong recovery. How? The federal government must immediately guarantee the paychecks of all Americans for the duration of the crisis.

Other countries have done exactly this. Germany, France, Denmark, Ireland, the Netherlands, the United Kingdom and Australia are all providing direct funding to employers to cover worker paychecks and keep workers in their jobs during the lockdowns.

History has shown the strategy works. Thanks to Germany’s “Kurzarbeit” program, unemployment there actually from 7.9% to 7% during the Great Recession, while average unemployment in other major developed economies rose by 3%. As a result, the German economy recovered more quickly than those of many other countries.

The U.S. Congress took a step in the right direction with the $2-trillion CARES Act it recently passed. The new law establishes a loan program to guarantee the payrolls of businesses with fewer than 500 employees. But unfortunately, the funding allocated for the program was too little, and delivery of the funds — with loans via banks — is proving too bureaucratic and slow. Likewise, the patchwork of other programs in CARES and actions by the Federal Reserve are too indirect and working too slowly to stem the tide of unemployment. We need action that is fast, direct and at scale.

Rep. Pramila Jayapal (D-Wash.) and some of her colleagues in the House of Representatives have proposed a Paycheck Guarantee Act that would support workers of employers. It is essential that protection be extended to all 152 million of America’s workers, not just the 60 million working for small businesses. It must also extend to both for-profit and nonprofit organizations.

The House proposal would cover wages up to $100,000 per employee and has provisions to encourage firms to quickly rehire any employees laid off since March 1. Crucially, it would also cover healthcare benefits, as 160 million workers and their family members currently rely on employer health insurance.

Importantly, the proposal outlines ways this vital support could be distributed to companies quickly, directly and electronically, rather than through banks and bureaucracy. Finally, the proposal has provisions to ensure that the support is actually used to cover worker paychecks by companies that would otherwise be forced to lay off workers. This will prevent large companies that don’t need the funds from accessing the program, and also prevent the kinds of abuses seen during the 2008 bailouts, for example using taxpayer funds for executive bonuses or stock buybacks.

Such an economy-wide guarantee will certainly be costly — INET Oxford estimates about $115 billion a month. But this is well within the range of other measures taken in the CARES Act and is likely to be one of the most effective uses of fiscal policy.

While the CARES Act provides for significantly expanded unemployment insurance, it is far better to spend money to keep people from becoming unemployed in the first place. Mass unemployment will create huge frictions in restarting the economy — firms will be cautious about rehiring and consumers will be cautious about spending, creating the potential for a long, drawn-out depression.

Any funds spent preserving worker paychecks and healthcare now will save money that would otherwise have to be spent on unemployment benefits and public healthcare later.

While nothing is simple in an election year, if there is one proposal that should receive bipartisan support, this is it. GOP Sen. Josh Hawley of Missouri has independently proposed a paycheck guarantee similar to the one enacted by the Conservative government in the U.K. For Democrats the protection of worker incomes and healthcare, particularly for lower-income workers, is critical. Likewise, Republicans know that businesses desperately want to hang on to their employees and be ready for a fast restart of the economy. And while the expansion of unemployment benefits in the CARES Act was absolutely necessary, both sides know that workers would far rather have a paycheck than a benefit check.

Congress and the administration must act immediately to stop the catastrophic collapse in employment currently underway. The Paycheck Guarantee Act is so urgent and beneficial that it should be put forward by the House as a separate bill and not be delayed waiting for another big rescue package. Some naysayers are already arguing that it is too late. That is not the case, but if it is delayed waiting for an omnibus bill, it will be.

Eventually, the virus will be brought under control, but as long as Americans are required to “shelter in place” we must also help them to “shelter in job.”