As president-elect unveils pandemic task force, he warns of a ‘dark winter’ before a vaccine is available. 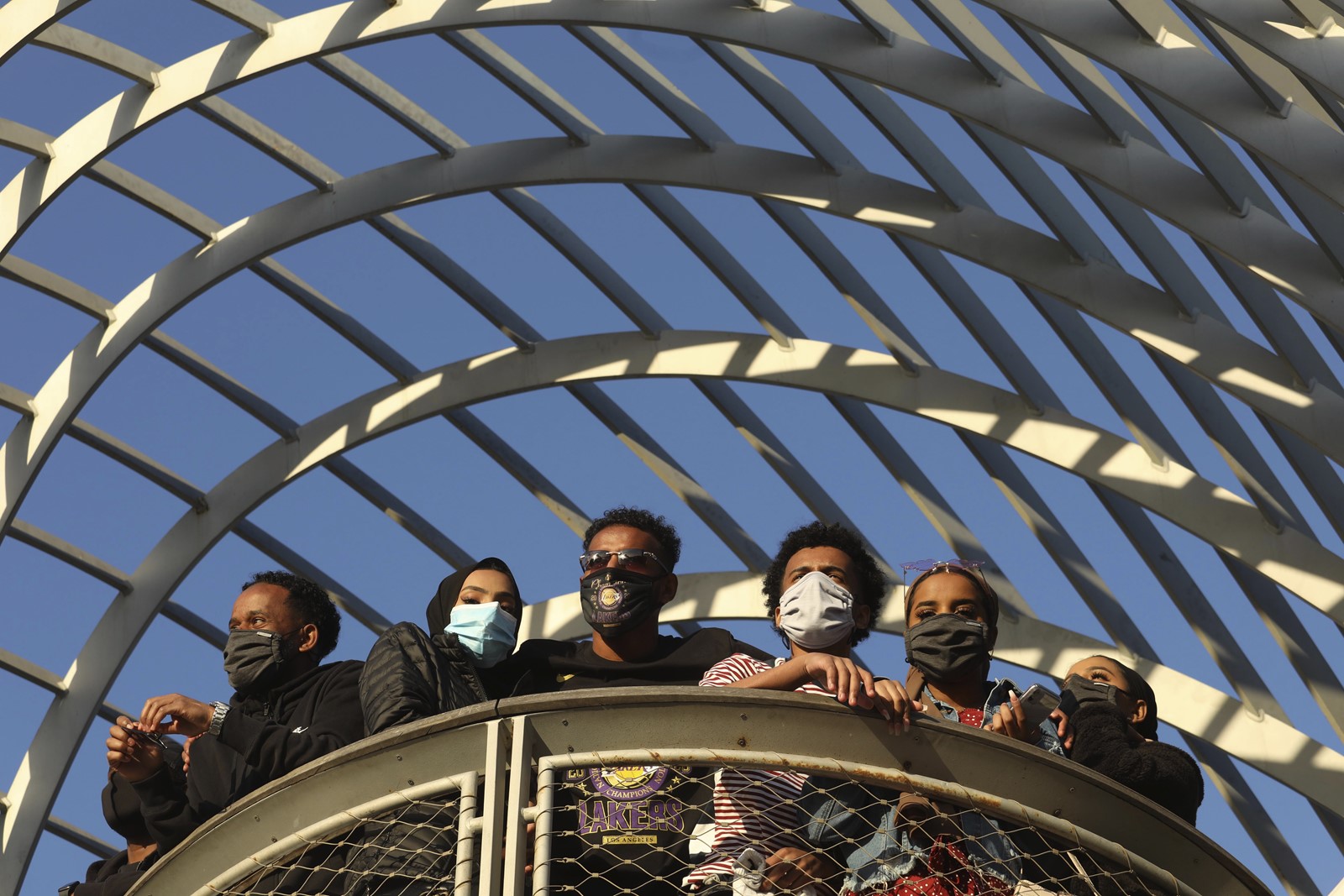 In his first address to the nation since declaring victory, President-elect Joe Biden warned that widespread distribution of a COVID-19 vaccine was still months away, and he implored Americans to wear masks to contain the spread of the virus as the nation headed into a “dark winter” that could see hundreds of thousands more deaths.

Biden, whose promise to bring competence to the federal government’s pandemic response was a central theme of his campaign, also announced Monday he had appointed an advisory board of top public health experts to guide his transition team’s COVID-19 planning.

In addition to several of his longtime advisors, it includes a former Trump administration official who clashed with the White House over its response to the virus.

“We are still facing a very dark winter,” Biden said in his public remarks, which followed a private briefing from the new advisory board.

The president-elect, speaking hours after Pfizer Inc. announced promising progress in the development of a vaccine, warned Americans that wide distribution was not imminent.

The vaccine developments were “excellent news,” Biden said. But “it’s clear that this vaccine, even if approved, will not be available for many months to come,” he said. “There is a need for bold action.

“A mask remains the most potent weapon against the virus” until a vaccine becomes widely available, Biden added. “Today’s news does not change that urgent reality.

Doing so, he said, could “save tens of thousands of lives just in the next few months.”

Biden’s appearance and the intense interest it generated underscored the rapid transition of the bully pulpit toward the president-elect, who does not take office until Jan. 20.

Biden does not have the tools of the federal government available to him until then, but his message on the virus overshadowed any policy initiatives the Trump White House sought to advance on Monday, which mostly appeared to be Trump’s announcement that he was firing his secretary of Defense just two months before his — and the secretary’s — term is scheduled to end.

Although mask mandates are common in many states, and the face coverings are worn widely in many parts of the country, Biden faces a major challenge in persuading more Americans in some GOP-controlled areas to embrace them.

Public officials say defiance of advice to wear masks is a key reason the rate of infection in the U.S. far exceeds that of many other nations.

Resistance to masks among elected officials may be waning, however, as the pandemic mounts.

Among the states that have resisted mask mandates for months is Utah. On Sunday, the state’s Republican Gov. Gary Herbert shifted course and announced a mandate.

Biden’s remarks contrasted sharply with President Trump’s approach to the pandemic: The president has largely ignored his COVID-19 task force, has mocked mask-wearing, and has suggested vaccine distribution could happen by year’s end, contradicting the administration’s own public health experts.

The president-elect had earlier considered a national mask mandate, but there was no mention of such a mandate — which may be beyond the scope of the federal government’s authority — in Monday’s remarks.

The remarks and the unveiling of the advisory board came as the first public act of the Biden-Harris transition, signaling the urgency of the issue and its importance in propelling Biden to the White House.

Public health leaders, who have increasingly despaired about the Trump administration’s hostility to scientific advice on how to control the pandemic, welcomed the new tone.

“There is a light at the end of the tunnel,” Dr. Ashish Jha, dean of the Brown University School of Public Health, observed in a Twitter post Monday, calling Biden’s task force the “A-team.”

Many of the task force members played major roles in the last two Democratic administrations.

Scientists and public health leaders say that, in addition to battling the pandemic, another of Biden’s main challenges will be rebuilding trust in federal health agencies such as the Food and Drug Administration and the Centers for Disease Control and Prevention, both of which have been subject to intense political meddling under Trump.

Several task force members have been highly critical of the Trump administration’s response to the pandemic, including Rick Bright, an immunologist who directed the Biomedical Advanced Research and Development Authority but was pushed out earlier this year after clashing with Trump administration officials, whom he accused of ignoring warnings about the crisis.

The appointments come as the virus continues to surge, increasing its spread in at least 40 states. Some prominent Trump administration officials have also recently come down with COVID-19, including White House Chief of Staff Mark Meadows and Housing Secretary Ben Carson.

The new board is intended to guide the incoming administration’s response.

It will be consulting with state and local officials to gauge public health steps needed to bring the virus under control, Biden campaign officials said.

The board will also focus on racial and ethnic disparities in how, where and how quickly the virus is spreading. Other members of the board are:

Ezekiel J. Emanuel, an oncologist and vice provost for global initiatives and chair of the Department of Medical Ethics and Health Policy at the University of Pennsylvania.

Atul Gawande, a professor of surgery at Brigham and Women’s Hospital and at Harvard Medical School.

Celine Gounder, a clinical assistant professor at the NYU Grossman School of Medicine.

Michael Osterholm, director of the Center for Infectious Disease Research and Policy at the University of Minnesota.

Eric Goosby, a professor of medicine at UC San Francisco School of Medicine.