On the chopping block for Trump’s wall

Thirty-one projects in California alone could be raided for funding, Pentagon list shows. 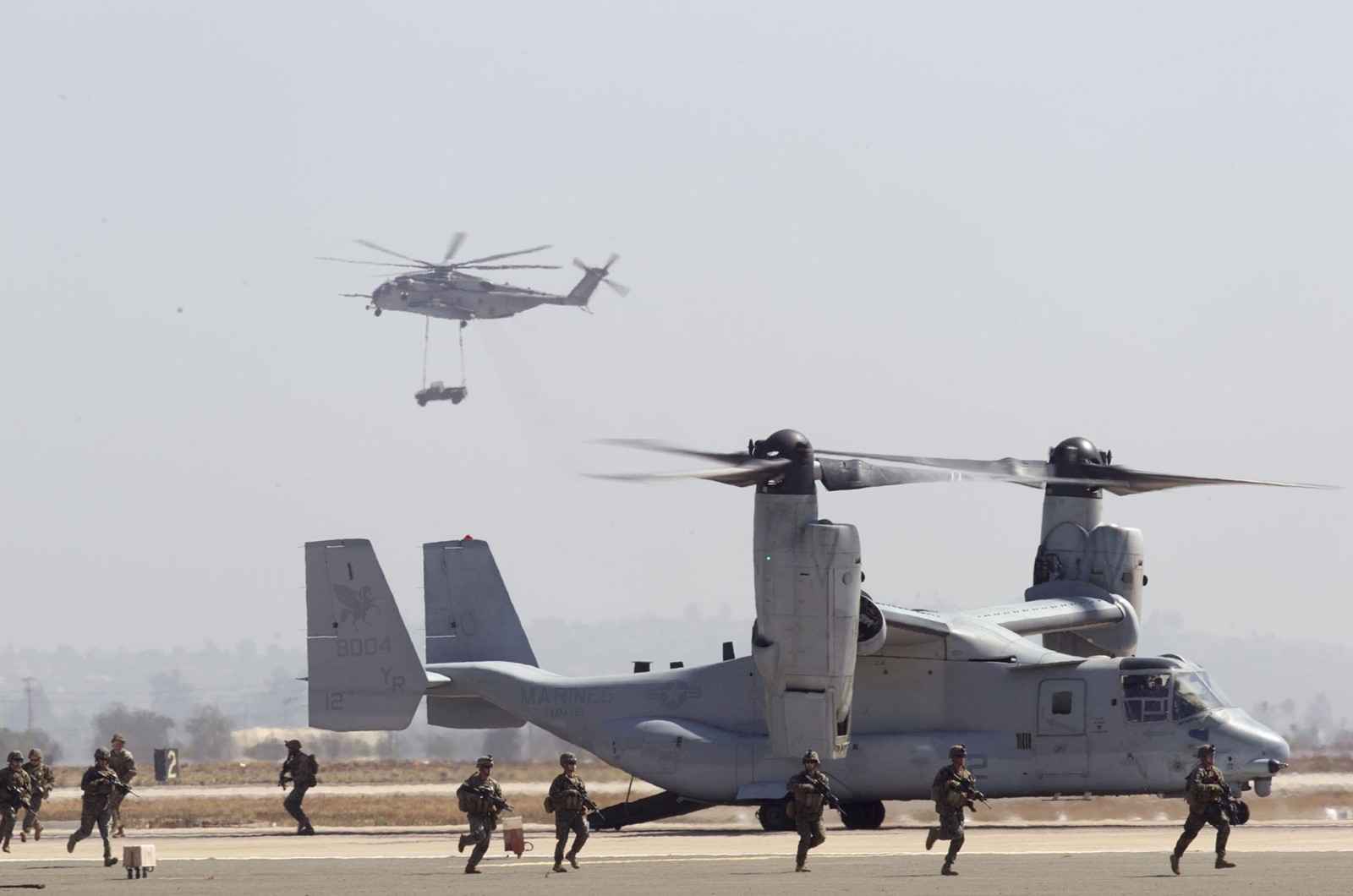 THE PENTAGON released a list of more than 400 military projects worldwide that could be scuttled to help pay for President Trump’s southern border wall. Above, a Marine demonstration in San Diego last year. (John Gibbins San Diego Union-Tribune)
PREVIOUS IMAGE

After weeks of delay, the Pentagon on Monday provided Congress with a list of more than 400 military construction projects around the globe, including dozens in California, that it could raid to help pay for President Trump’s long-promised wall on the southwest border.

The 21-page document includes more than $12.8 billion in projects that the Defense Department conceivably could tap under the emergency Trump has declared on the border.

Among them are fire emergency and electrical upgrades at Marine Corps Base Camp Pendleton, airfield maintenance at Marine Corps Air Station Miramar, and a new pier at Naval Base San Diego.

The total funding on the list is nearly four times the $3.7 billion that Trump has said he needs from military construction projects to fulfill his campaign pledge to build a wall. Nearly 700 miles of border barriers were built under Presidents George W. Bush and Obama.

After shutting down parts of the government for 35 days in an impasse with Congress over wall funding, Trump declared a national security and humanitarian emergency on the southwest border in mid-February when Congress again rebuffed his demands for billions for the wall.

A bipartisan majority in Congress responded by passing a resolution to overturn the president’s emergency declaration.

Trump then issued his first veto, clearing the way for the White House to take money from the Pentagon budget to build the border barriers.

The prospect that the White House could raid military projects caused widespread concern on Capitol Hill.

Lawmakers are traditionally fiercely protective of military and other construction projects in their districts, which can take years of careful negotiation to get approved.

Republican and Democratic lawmakers have complained to the White House for weeks that they have not received the list of projects potentially on the chopping block.

Congressional staffers said they were told that the Pentagon gave its list of approved construction projects to the White House last week.

The list released Monday still does not identify which or how many projects will be raided for the president’s wall, which could take years to build.

“The appearance of any project within the pool does not mean that the project will, in fact, be used,” the document states.

That led to confusion and complaints on Capitol Hill.

“This list is wholly insufficient and just tells Congress what projects it already approved,” said Evan Hollander, the Democratic spokesman for the House Appropriations Committee. “This appears to be nothing more than another stall tactic designed to delay the political consequences of President Trump’s emergency declaration.”

“It is important to be clear that this is not a list of projects that will definitively be impacted,” said Leacy Burke, spokeswoman for Sen. James M. Inhofe (R-Okla.), chairman of the Senate Armed Services Committee.

A spokesman for acting Defense Secretary Patrick Shanahan said senators had asked for a list of unawarded military construction projects and that was completed over the weekend.

Lt. Col. Joe Buccino said the Homeland Security Department still had not given the Pentagon a list of specific border barrier construction projects that the military would then use to determine which ones support “use of the armed forces,” as the law requires.

The Homeland Security Department did not respond to a request for comment.

The Pentagon has emphasized to lawmakers that it will not tap military construction projects already contracted or that will be contracted in fiscal 2019, which began in October.

Lawmakers also were assured that construction of military housing, barracks or dormitories would not be touched, but several housing projects were on the list.

It also includes projects in Arizona that Shanahan had said would not be touched.

The White House has said the military construction money will be used to pay for the wall only after other funding sources have been tapped.

The House Armed Services subcommittee on military readiness will hold a hearing on the project list in coming weeks, according to staff for the chairman, Rep. John Garamendi (D-Walnut Grove).

They will examine whether diverting funds for planned construction projects will affect what the Pentagon says is a $116-billion backlog in military facility maintenance needs.

Garamendi met with Shanahan seven times in the last week and a half, aides said.

In a letter to Shanahan, Garamendi and Rep. Doug Lamborn (R-Colo.), the committee’s ranking Republican, asked for the list of projects, details on how diverting the funds would affect their completion date, and justification for how doing so would help with national security, as required under the law that regulates national emergency declarations.

The House is scheduled to vote on the president’s veto on March 26, but neither chamber is likely to have the two-thirds votes necessary to override the veto and halt his emergency declaration.

“Now that members of Congress can see the potential impact this proposal could have on projects in their home states, I hope they will take that into consideration before the vote to override the president’s veto,” Sen. Jack Reed (D-R.I.), the ranking Democrat on the Senate Armed Services Committee, said in a statement.