Pete’s take? Hard in his wake

Ex-USC coach Carroll says dynasty he built has been tough act to follow, but next coach has great opportunity. 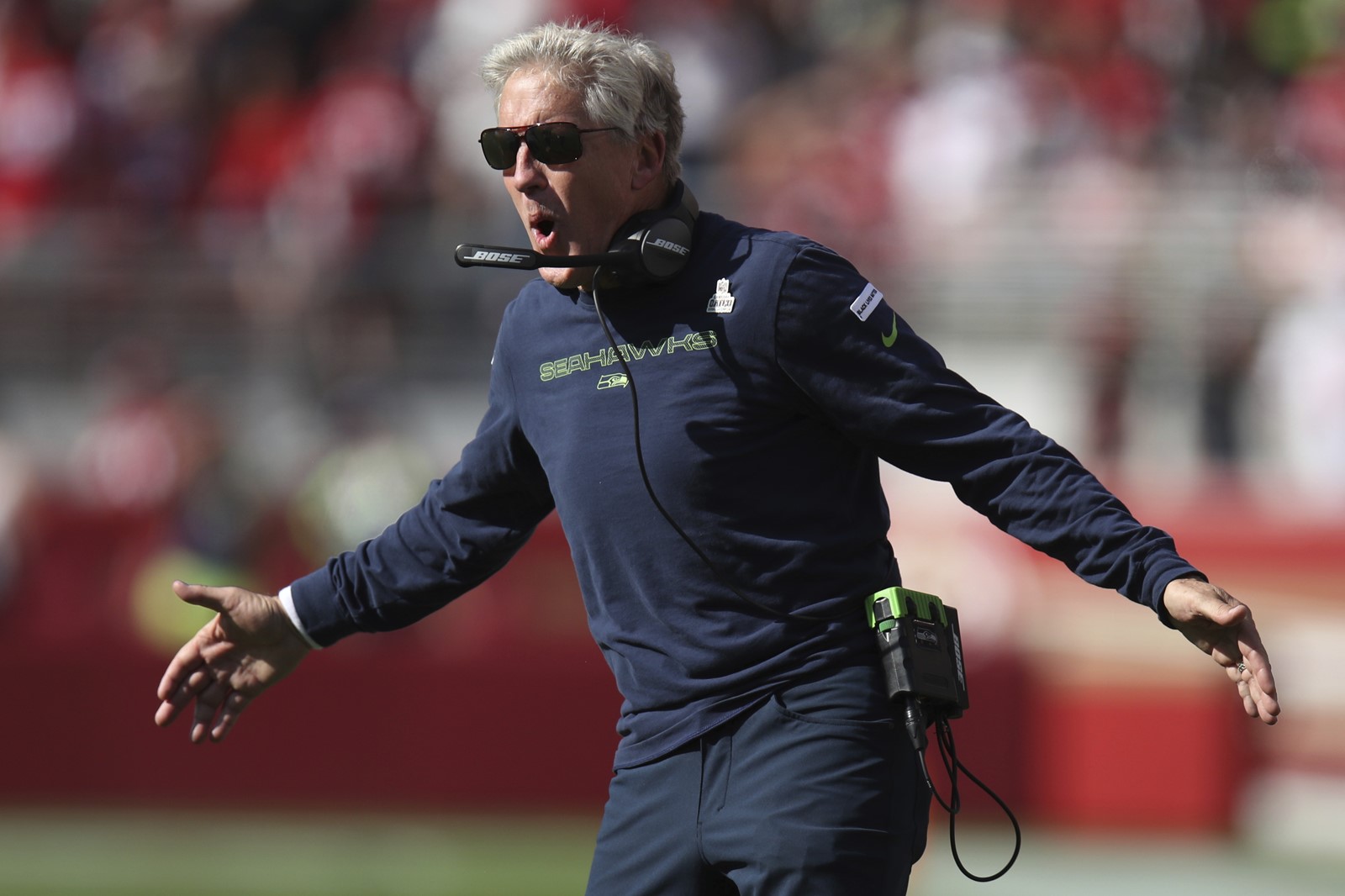 ALTHOUGH HE is busy as coach of the Seahawks, Pete Carroll is aware of the struggling USC program and said repeating his success isn’t easy. “I think it’s a big challenge. There’s a lot of elements to it,” he said. (Scot Tucker Associated Press)
PREVIOUS IMAGE

Pete Carroll has plenty on his plate these days. He’s got to get the Seattle Seahawks back on track without the help of star quarterback Russell Wilson, currently recovering from finger surgery.

Regardless, Carroll is still aware of the situation at USC, where he coached for nine seasons, won 97 games, seven Pac-10 titles and two national championships. He might have a philosophy about what type of coach the Trojans should hire — it would be shocking if he didn’t — yet he isn’t interested in talking about that.

But the Seahawks coach spoke at team headquarters with The Times recently and discussed his career at the school, the expectations created during those glory years, and what awaits the football coach who ultimately gets that job.

What we stumbled into when we went there was a giant of a job. It was a huge opportunity and a huge setting for college football. It had been, then it wasn’t, then we hit it running and got in a great rhythm of recruiting, coaching, playing and all that, and had a great run. It’s an incredible place, so much potential.

Unfortunately for the people who have followed, we made it really difficult on them. We won every game for three years in a row or whatever it was.

The expectations were difficult. In one regard I feel bad for the guys who followed because it’s been so hard to match up. But it’s a marvelous place with great potential, a great setting, a great university in a great spot.

I knew we were going to win every game. [Laughs] No, yeah. If you remember, when I first went there, after all of the satisfaction with the choice and all that stuff, it did not faze me a bit because I was so pumped up about the opportunity and the potential of it, it wasn’t going to matter what other people thought.

The road had been paved already with coach [John] McKay and coach [John] Robinson, the guys who had been there, they had already done it. It was a matter of reconstructing it in the new times. We found that our way of doing it was really attractive to success and drawing people from all over the country, kids that wanted to come play for us, and the power of the following of L.A., whether it’s the media or Hollywood or whatever. Everybody was having fun with it. We were a big part of what was going on with the culture of the L.A. area.

I don’t know that we made it bigger. I just think we connected with so many elements of that which is available there. You’re in a great place and thriving city with so much culture and so many issues and challenges and potential. There’s so much there that I was willing to go at in a way to try to embrace everything that supported the university. I felt the longer we were there, the more impact we might be able to have. So it became a calling in a sense to try to reach out and see what we could do to help. That’s what ‘A Better LA’ [foundation] was all about.

They got me at a good time. They caught me at the right time, when I was ready to go. I had enough failed experiences to learn from. Eddie Orgeron being there, and Sark [Steve Sarkisian] and Lane [Kiffin], incredible coaches that were there and a big part of it. We hit it right.

The question is, ‘Oh, why don’t they just do it again?’ It’s hard, you know? As head coaching is, it’s a hard, complex job anyway, but in that environment and that setting it’s a challenge. It wasn’t too big and it wasn’t too much fun, it fit just right. That’s why it was such a great time in my life.

I’d like to think so, yeah. But I think it was Joni Mitchell who said when somebody was screaming at her to sing one of those songs again, she said, ‘Well, why don’t you just paint another Starry Night?’ If you’ve got a masterpiece are you going to try to do it again? I don’t know. I think it’s a big challenge. There’s a lot of elements to it.