Pup wanders onto the 101 in the Bay Area but hops into the safety of a CHP cruiser. 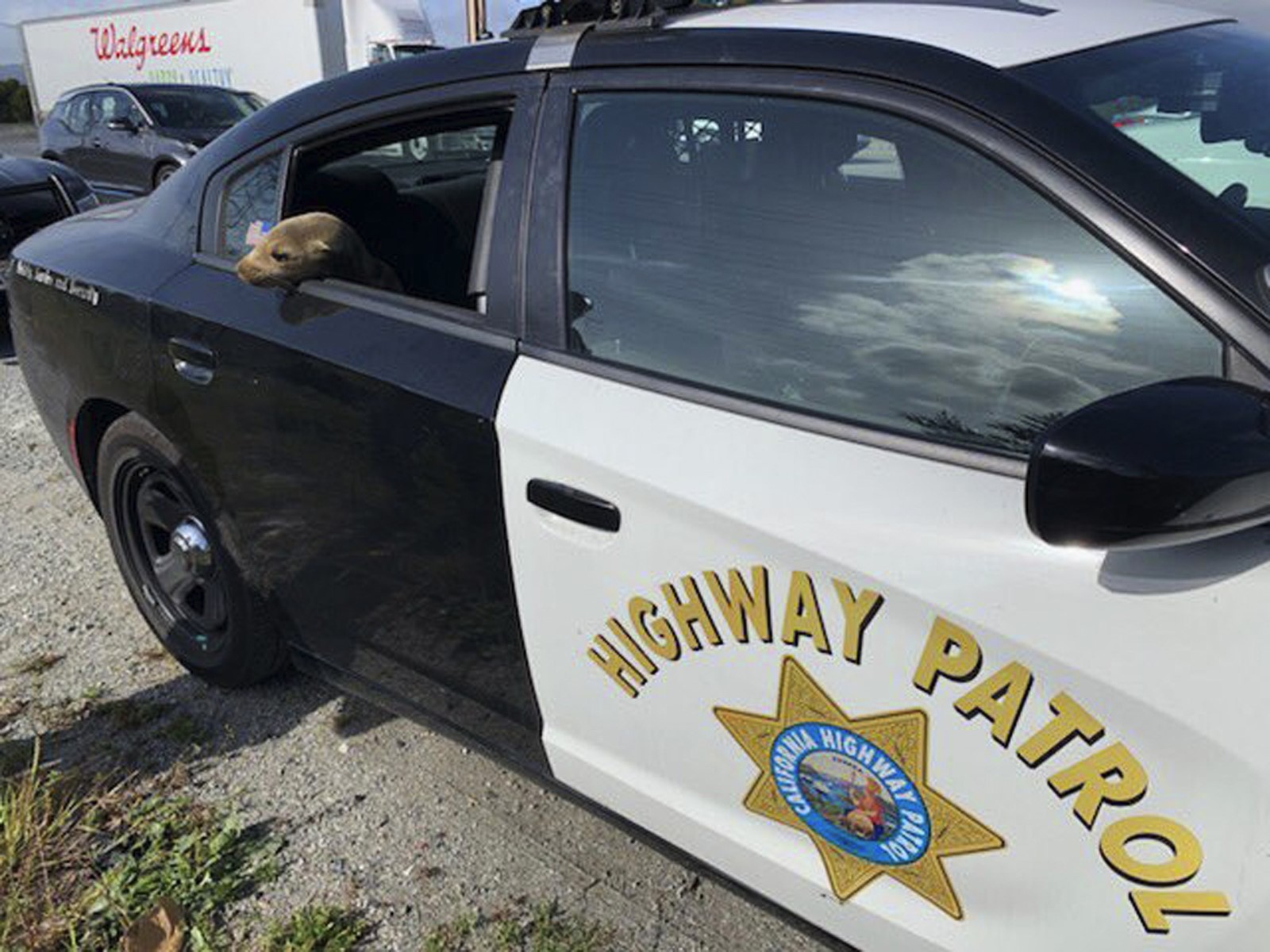 A SEA LION PUP looks out from a patrol car after being rescued from U.S. 101 in South San Francisco. ( California Highway Patrol) 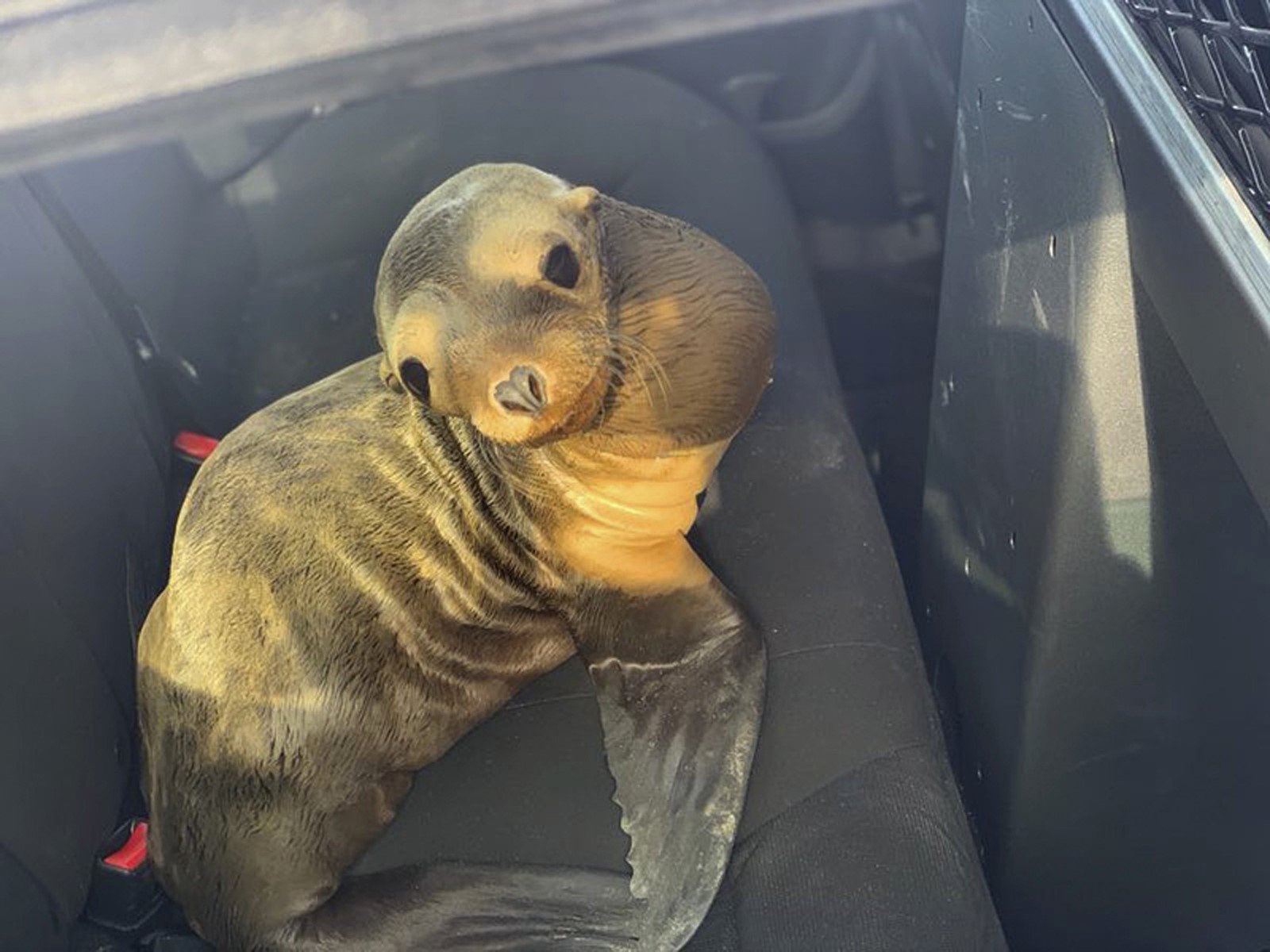 THE SEA LION, which appeared to be healthy, was taken to the Peninsula Humane Society for care. ( California Highway Patrol)
PREVIOUS IMAGE

CHP office assistant Maria Quirarte answered the call and took notes. A baby sea lion had wandered onto the busy highway near its South San Francisco exit about 8:30 a.m.

Before officers arrived, several drivers got out of their cars to try to corral the pup out of traffic lanes, the CHP said in a Facebook post. One driver turned on a vehicle’s flashers to warn oncoming traffic, while another man got out of his car to try to herd the mammal to safety using a handkerchief, SF Gate reported.

When officers arrived at the scene, one opened the door of his patrol vehicle, and the sea lion “willingly jumped right into the backseat,” CHP said.

The animal appeared to be healthy and uninjured and was taken to the Peninsula Humane Society for care, authorities said.

“Aww, we saved a sea lion today,” Quirarte said after the event.

The officer who saved the animal could not immediately be reached for comment about the rescue mission.