Scammers can’t get no satisfaction 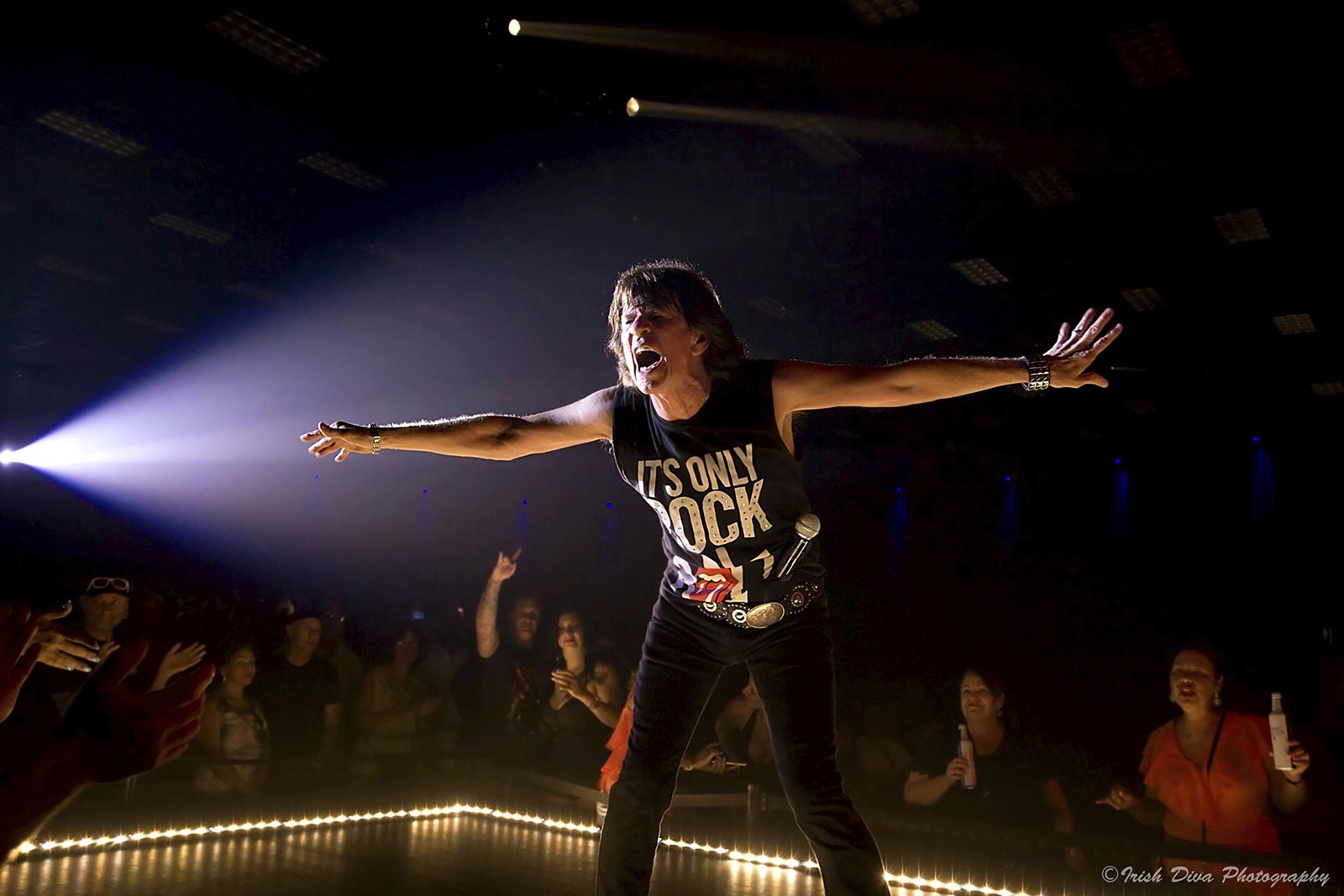 MICK ADAMS and the Stones bills itself as “the world’s most authentic” Rolling Stones tribute band. The group and a female mariachi band were among those targeted by what appeared to be a Hong Kong nonprofit. (Erin O’Brien )
PREVIOUS IMAGE

Mick Adams and the Stones, which bills itself as “the world’s most authentic” Rolling Stones tribute band, may have sympathy for the devil, but that doesn’t mean they appreciate being scammed.

“We escaped this without getting screwed,” said Erin O’Brien, the band’s manager (and wife of lead singer Adams). “But I’m worried about other people in the business who might fall for something like this.”

Which would, of course, leave them shattered.

OK, enough with the Stones references. This is a classic bogus-check racket, with the unusual wrinkle that it’s targeting entertainers rather than, say, seniors sitting alone at home.

Tabitha Barrientos, 43, leads an all-female mariachi band in Dallas called Mariachi Rosas Divinas. She told me she too was almost caught up in this scam.

“We’re already struggling because of the pandemic,” Barrientos said. “If we had fallen for this, it would have been devastating.”

She said she nearly got duped into sending the scammers $55,000. In the case of Mick Adams and the Stones, whose members are based in Southern California and Arizona, the scam involved a payment of $75,000.

O’Brien, the manager, told me her 19th nervous breakdown (sorry) came the other day when she received what appeared to be a legitimate overture from a nonprofit group in Hong Kong called the Chan Art Foundation.

The organization wanted to know if Mick and the boys would be available to stream a 35-minute set from the United States for an upcoming Hong Kong fundraising event.

It seemed like an attractive gig, O’Brien said, especially now, with live concerts still largely on hold because of the pandemic. Prior to the coronavirus, she said, the band performed about 100 shows a year.

The Hong Kong foundation said it would pay $30,000 for the set. It also said an unnamed third party would send the band $75,000, which the band would donate to the foundation, providing a nice tax break as a deal sweetener.

O’Brien said the terms were attractive. But because of the international aspect of the gig, she decided to bring in a Chatsworth talent agent named Jeff Patterson, who helped arrange a tour of Switzerland for Mick Adams and the Stones scheduled for May 2022.

Patterson told me the element of providing extra funds for an artist to donate to charity “is not unheard of.” He said he’s negotiated similar deals for other clients.

Patterson — who said his firm’s past clients have included Jerry Seinfeld, Damon Wayans and Jay Leno — shared with me the eight-page contract offered by the foundation. It looks genuine.

The contract includes a provision stipulating that “the Performer agrees to donate to the Chan Art Foundation and donate in the amount of $75,000 (in U.S. Dollars) (hereinafter referred to as the ‘Contribution’ ) upon receipt of cleared funds.”

O’Brien signed the contract and Patterson emailed it to the foundation. In short order, he received a cashier’s check for $101,000, representing the bulk of the performance payment and the $75,000 to be donated.

“I was expecting a bank wire,” Patterson said. “A cashier’s check made the whole thing a little sketchy.”

The check was drawn on an account from Commerce Bank and was sent via FedEx from Long Beach, not Hong Kong.

Patterson said he went to a Bank of America branch to deposit the funds into a client account. He said he informed the teller that he was suspicious about the check’s authenticity.

“She tapped some keys and said the check’s good,” Patterson recalled. (Note to BofA: Maybe time for some remedial teller training.)

Patterson emailed the foundation to say he’d deposited the check. The foundation responded with an email saying he’d need to wire the $75,000 donation immediately, “that very day.”

Now Patterson was suspicious. He contacted Commerce Bank and shared a copy of the check.

“They said it was definitely a fraud,” Patterson said. “The font on the check was wrong.”

He promptly filed a report with the FBI.

The Chan Art Foundation, meanwhile, was growing increasingly aggressive in its insistence that the $75,000 be wired right away.

“They said if I didn’t send the money that day, they would stop payment on the check,” Patterson said. “They told me children need the funds.”

Let’s cut to the chase. The way this scam works is a bogus check is sent to the victim, with instructions to deposit the funds into a bank account and then promptly wire money elsewhere.

Because it can take days for a check to clear, the recipient may not know for up to a week that the check is fraudulent. Any money wired during this period will come from the account holder’s own funds. That money, needless to say, will never be seen again.

“I can’t imagine what it would have done to us if we sent them money,” said Barrientos, the mariachi musician. “We haven’t performed regularly for like a year.”

The check arrived via FedEx from North Carolina, suggesting the scammers are domestic but are spread across the country.

A website for the Chan Art Foundation looks legit at first glance, but closer examination reveals that it’s decidedly lacking in specifics. It also appears to have been registered in February, although the site says the organization has existed since 1981.

I tried to contact the foundation using the email address included in the Mick Adams contract. No one responded.

Barrientos set up a Facebook page to warn other artists of the threat. She also reported the scam to the Federal Trade Commission.

The FTC says reports of fake-check scams have increased by 65% since 2015.

Scammers aren’t stupid. They know artists and entertainers are struggling at the moment and may be more willing to lower their defenses when presented with a particularly sweet-looking deal.

Don’t get hoodwinked. It’s almost always a ruse when anyone sends you a check and then instructs you to wire them money right away.

Mick Adams and the Stones and Mariachi Rosas Divinas were lucky. They recognized the red flags of a racket and avoided losing any money.

Other performers may learn the hard way you can’t always get what you want (sorry!).