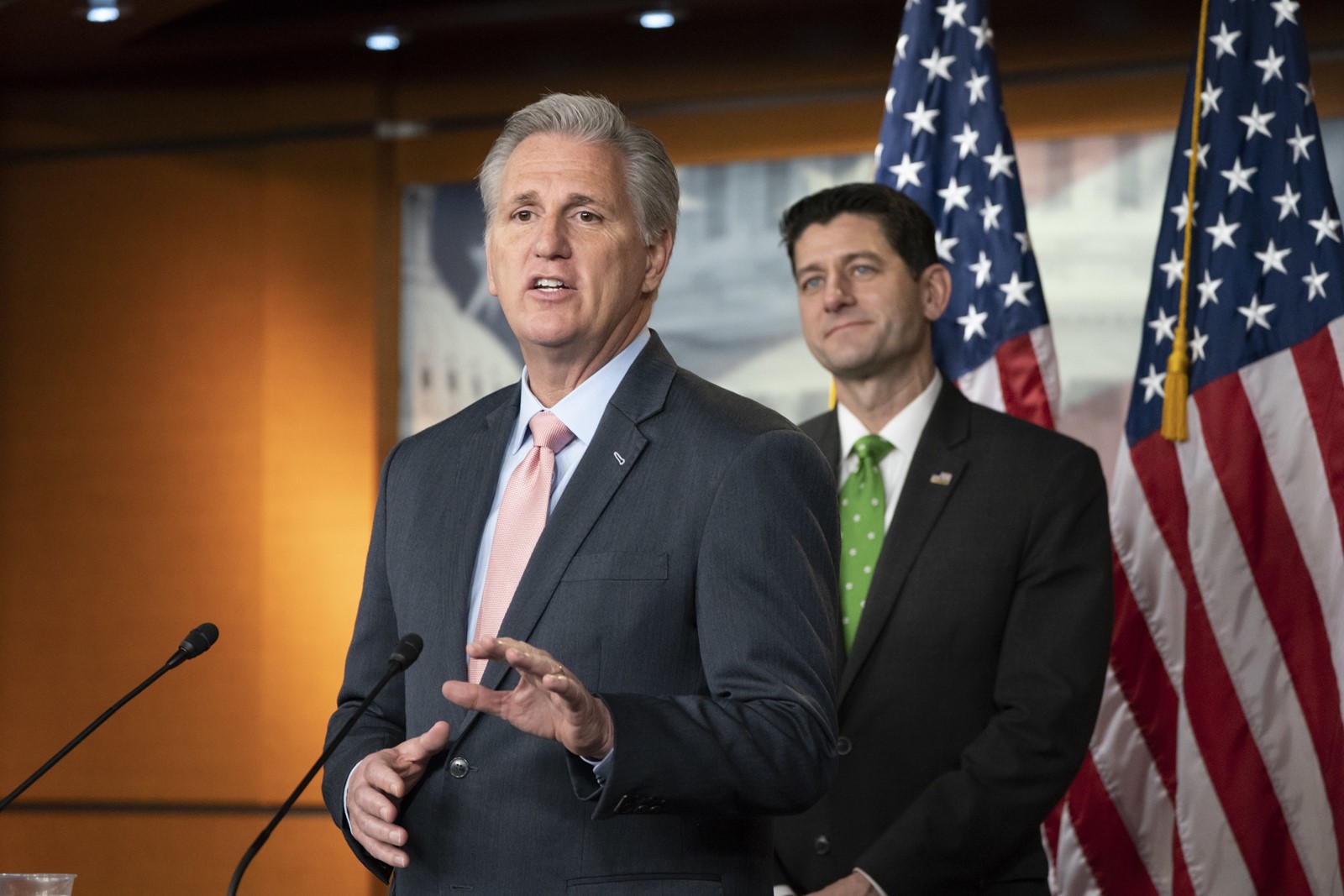 More than a month after House Speaker Paul D. Ryan anointed his lieutenant as his heir apparent, House Majority Leader Kevin McCarthy is still struggling to lock down the support he needs to secure the job.

The same House conservatives who blocked the Bakersfield Republican from ascending to the coveted post in 2015 do not appear any more convinced that he’s their guy.

Since Ryan’s announcement, Rep. Jim Jordan (R-Ohio), co-founder of the House Freedom Caucus, has indicated he will run against McCarthy for speaker, and he’s getting support from some conservative colleagues.

Even a quiet effort in recent weeks — aided by a White House ally — to push Ryan out early and help McCarthy snag the job before rivals can organize stalled when it became clear McCarthy didn’t have the 218 votes he will need.

With Congress on a break this week, McCarthy is continuing to raise money and shore up support, all while trying not to look like he’s actively campaigning for the job.

Ryan has said he intends to “run through the tape” and finish the term as speaker in January, when he will retire from the House.

McCarthy, through his staff, declined to comment. He’s said there’s no official race until Ryan leaves.

“Leadership contests are like student council elections: A lot is based on personality. I suspect that he’s been doing a lot of favors for people knowing this day would come,” Claremont McKenna College politics professor John J. Pitney Jr. said. “I’m sure he’s already in the process of making calls and getting commitments. He’s very good at that.”

Republicans hold 235 House districts, which means McCarthy can’t lose more than 17 Republican votes, assuming no Democrats vote for him and the election takes place during the lame-duck session.

McCarthy has a tricky balancing act ahead to build a coalition of support.

In 2015, the Freedom Caucus and its 30 or so members viewed McCarthy as too “establishment” and not conservative enough. They wanted promises that he would give them a role in leadership, change how committee assignments are awarded and commit to consider more conservative bills.

But he can’t chance upsetting the GOP moderates in the so-called Tuesday Group.

“It’s a dicey thing to say I’m going to give the Freedom Caucus what they need and risk the ire of 50 members of the Tuesday Group,” said Rep. Chris Collins (R-N.Y.), a member of the informal group.

For the last three years, McCarthy has crisscrossed the country doing favors and holding campaign fundraisers for colleagues, including for some of the same conservatives who kept him from becoming speaker in 2015.

Already one of the most prolific fundraisers for the national Republican Party and GOP candidates, McCarthy has stepped up his effort since Ryan’s announcement. McCarthy and Ryan are supposed to appear together at a series of fundraisers over the summer, and next month the Californian is scheduled to raise money in the state with Ivanka Trump.

His ace in the hole might be how he’s actively worked to ingratiate himself with President Trump and built a relationship with the president that no other congressional leader has been able to replicate.

Trump hasn’t yet said whom he would support, and the White House’s official position is that it should be up to Ryan and House Republicans to decide when to hold the speakers election.

But the leader of the Freedom Caucus, Rep. Mark Meadows (R-N.C.), said Trump’s endorsement would carry a lot of weight when Republicans picked their next leader.

Meadows has repeatedly told reporters over the last few weeks that no Republican has the 218 votes needed to replace Ryan.

The Freedom Caucus isn’t backing anyone yet, but Jordan said last month that running for the post is “something I’m open to doing.”

Jordan isn’t thought to have enough support to win the position either, but he could siphon off enough conservative votes to keep McCarthy from reaching 218.

And that would give conservatives a stronger hand to wring concessions out of McCarthy in exchange for their support, or even allow them to make the case for replacing the existing leadership team altogether.

McCarthy has publicly backed Ryan’s decision to stay on as speaker until the end of the term, but there has been some talk behind the scenes of whether the Wisconsin representative should go sooner and save Republicans from a multi-month public fight.

White House budget director Mick Mulvaney said recently that he and McCarthy had discussed having a speaker vote before the midterm election, which appeared to some as the White House subtly embracing the idea of nudging Ryan to give up the gavel before the next Congress is seated in January.

“I’ve talked with Kevin about this privately but not as much publicly,” Mulvaney said at a March 20 conservative conference, according to the Weekly Standard.

He couched the maneuver as a way to force moderate Democrats to make an uncomfortable vote for House Minority Leader Nancy Pelosi (D-San Francisco) for speaker.

“Wouldn’t it be great to force a Democrat running in a tight race to have to put up or shut up about voting for Nancy Pelosi eight weeks before an election? That’s a really, really good vote for us to force if we can figure out how to do it,” he said.

Mulvaney’s staff later tried to walk back the comments.

McCarthy denied that the conversation even happened. “I want to be clear that I read that report and the report is not true,” he told reporters last week. “No way did we ever have any conversation about Paul leaving.”

Waiting in the wings if McCarthy fails is Majority Whip Steve Scalise (R-La.), who quietly began shoring up support when rumors that Ryan might retire began to circulate.

When Ryan backed McCarthy, Scalise acknowledged he wouldn’t challenge McCarthy for the job. But the well-liked survivor of last year’s congressional baseball practice shooting has the conservative bona fides that might be needed for a compromise candidate.