Medical professionals pressure the Border Patrol to allow them to give flu shots. 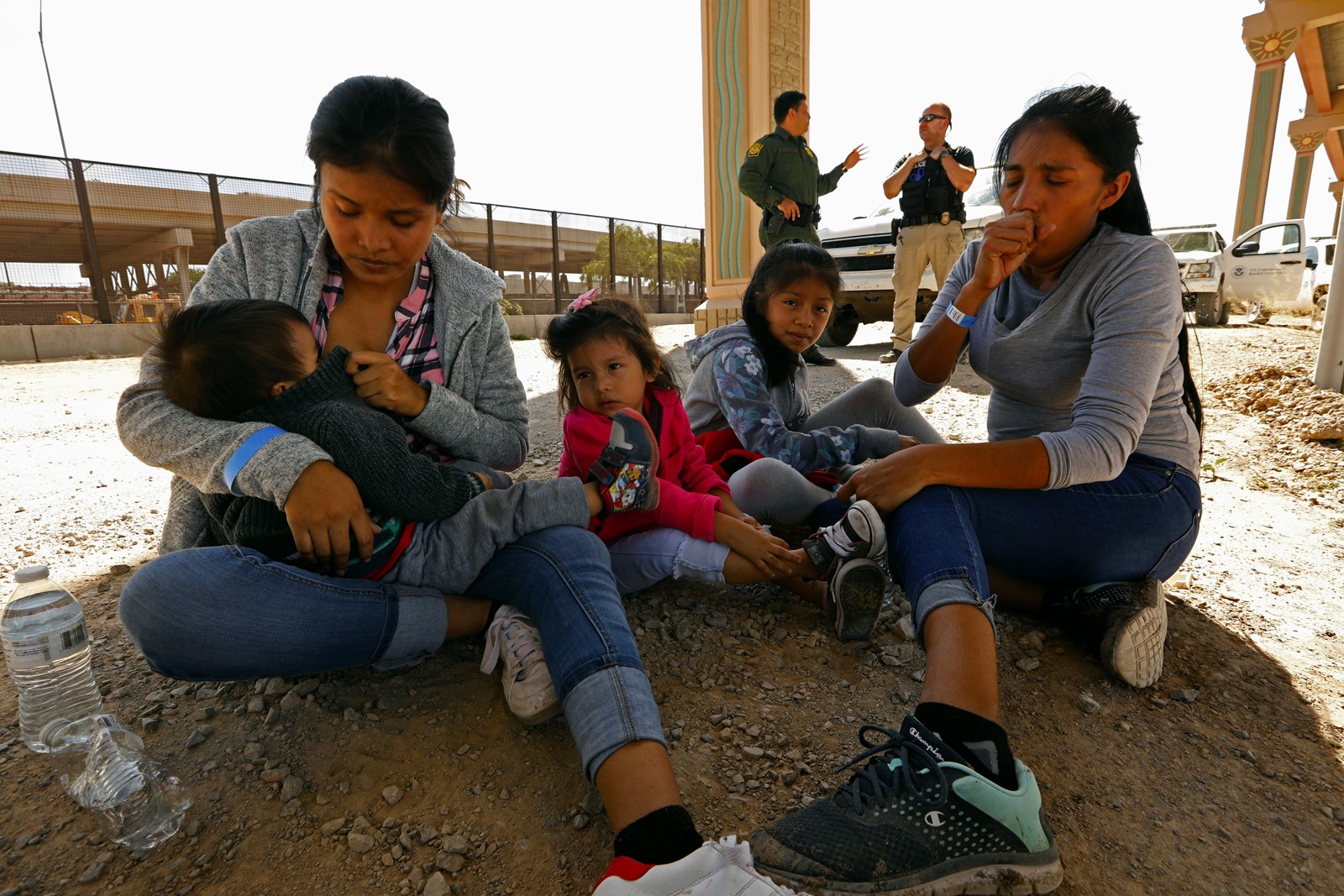 Doctors are pressuring U.S. Customs and Border Protection to allow them to vaccinate detained migrant children against the flu after several died of the disease in federal custody during the last year.

The agency has yet to respond to an offer this week to vaccinate 100 migrant parents and children in Border Patrol detention in San Ysidro. The group of seven doctors also offered to send volunteers to vaccinate migrants at Border Patrol holding areas across the country “to prevent a possible flu epidemic,” calling unsanitary detention conditions “cause for significant alarm.”

The doctors sent a letter to the chiefs of U.S.Homeland Security and Health and Human Services this month noting that the flu mortality rate among migrant children in Border Patrol custody was nine times that of the general population last year and giving them until Tuesday to respond to their offer. By late Tuesday, there was no indication the Border Patrol would accept.

“In our professional medical opinion,” the doctors wrote, “this alarming mortality rate constitutes an emergency which threatens the safety of human lives, particularly of children.”

Three youths — ages 2, 6 and 16 — died in Border Patrol custody of the flu during the federal fiscal year that ended in September. The deaths came as the number of migrant children and families in federalcustody reached a record high.

The number of migrant family members and children arriving at the border has decreased each of the last five months after spiking last year, but still remains higher than in the past. Last month, for the first time in a year, the Border Patrol caught more single adults (22,863) than family members (9,733) crossing the border illegally. But that was still twice the number of family members they caught in 2017, before last year’s surge.

Border Patrol officials say they do not vaccinate migrant families and children because their holding areas are supposed to be temporary.

“As a law enforcement agency, and due to the short-term nature of [Border Patrol] holding and other logistical challenges, operating a vaccine program is not feasible,” a Border Patrol spokeswoman said.

The Border Patrol is supposed to transfer migrant children who arrive at the border without a parent to Health and Human Services within 72 hours, and the spokeswoman said the agency tried not to detain any migrants longer than that.

“Every effort is made to hold detainees for the least amount of time required for their processing, transfer, release or repatriation,” she said, but acknowledged that “due to the massive influx of migrants recently and the changing demographics, at times [the Border Patrol] has not been able to limit time in ... custody to 72 hours.”

The Border Patrol may release migrants, transfer them to HHS or Immigration and Customs Enforcement, which runs the country’s long-term adult and family immigrant detention centers. Both HHS and ICE “have comprehensive medical support services and can provide vaccinations as appropriate to those in their custody,” the Border Patrol spokeswoman said.

Migrants diagnosed with the flu are either treated where they are detained or taken to a hospital, she said. Migrant children who test positive for the flu are quarantined “as best as possible” to protect others in custody, she said.

But Julie Sierra, one of the doctors who asked to vaccinate migrants, said the Border Patrol should do more to prevent the spread of disease she had seen among migrants at her San Diego clinic over the last year.

“It’s putting people in a dangerous situation and increasing their risks of getting any disease, including the flu,” she said, and although migrants can get vaccinated later on, “the vaccination’s not going to help them once they’ve already gotten sick.”

HHS provides a medical examination to migrant children within two days of their arrival from Border Patrol custody. Medical staff determine which vaccines children need, or if children lack vaccination records, they administer a series of vaccines approved by the Centers for Disease Control and Prevention.

Last December, after two Guatemalan migrant children died in Border Patrol custody in the El Paso area, one from flu-related illness, Border Patrol officials promised to increase medical screenings, particularly for children. They expanded their team of 20 medical staff on the border to more than 250, the spokeswoman said, ensuring most facilities in the busiest stretches of the border — including Texas’ Rio Grande Valley and El Paso — had 24-hour medical staff on site to screen arriving migrants.

But young migrants continued to die in federal custody. After 16-year-old Guatemalan migrant Carlos Hernandez died of the flu May 21, the Border Patrol had to temporarily close the south Texas detention center where he had been held and quarantine three dozen other sick migrants. In August, doctors at Harvard and Johns Hopkins universities urged Congress to investigate children’s deaths in Border Patrol detention, warning conditions there contributed to a higher incidence of deadly flu.

Last month, three congressional Democrats who are doctors — including Reps. Ami Bera of Elk Grove and Raul Ruiz of Palm Desert — sent a letter to Homeland Security and the CDC condemning the Border Patrol’s refusal to vaccinate migrants during initial health screenings as “dangerous” and “shortsighted.” On Oct. 30, nurses and other migrant advocates attempted to deliver donated flu vaccines to the San Ysidro Border Patrol station but were turned away.

Sierra, one of the physicians pushing for vaccinations, said, “They won’t let us in. We’ve volunteered to take care of patients, to be on call. We keep trying to help.”

She said doctors had tried to provide vaccines to migrants in Tijuana but had not been able to overcome the red tape. They have already ordered 100 flu vaccines, and if the Border Patrol ultimately refuses their offer, Sierra said they would probably use them to vaccinate migrants at her San Diego clinic.