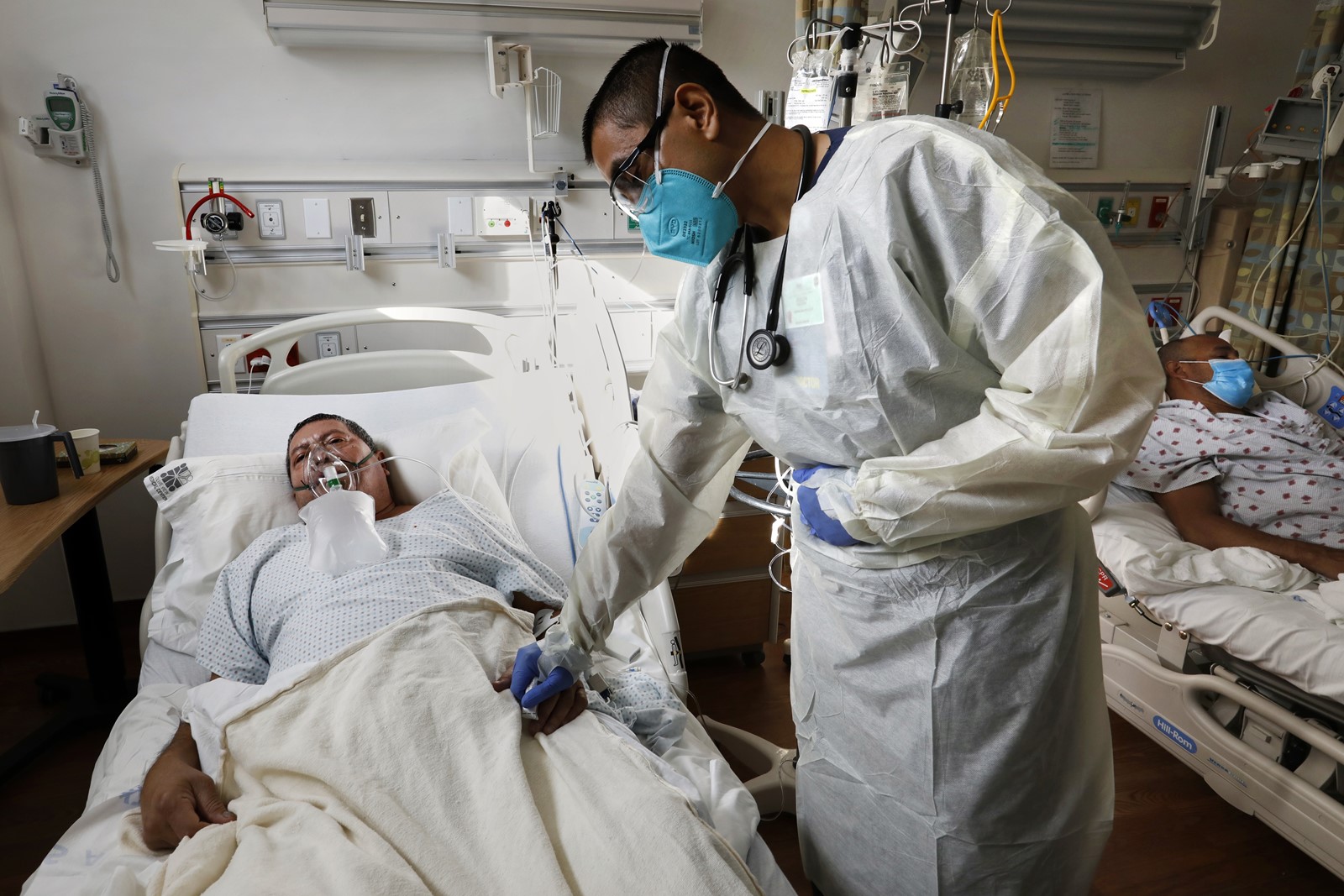 As the novel coronavirus spreads relentlessly through Los Angeles County, poor neighborhoods and the region’s Latino and Black communities continue to bear the brunt of illness and death, according to data released Wednesday.

These groups have been disproportionately hard hit since the beginning of the pandemic, but the gap had eased during the summer. That progress has disappeared and members of those communities are now dying at rates far worse than at any previous point in the COVID-19 crisis.

“This is a staggering increase of over 800% in a very short amount of time,” said L.A. County Public Health Director Barbara Ferrer.

Poor Latino neighborhoods are highly susceptible to COVID-19 spread because of dense housing, crowded living conditions and the fact that many who live there are essential workers unable to work from home. Officials believe people get sick on the job and then spread the virus among family members at home.

The data were released as the death toll continued to climb. L.A. County reported at least 266 COVID-19 deaths Wednesday, the fourth highest single-day total of the pandemic, pushing up the daily average of deaths over a weekly period to 232, a record.

On Wednesday, at least 12,120 new coronavirus cases were reported. The average number of new cases reported daily is now more than 15,100 — a level Ferrer has warned is a danger sign for even more COVID-19 patients entering L.A. County’s already overwhelmed hospitals.

California’s Latino and Black residents and people with no more than a high school degree suffered among the highest increase in deaths during the pandemic, according to an analysis by researchers at UC San Francisco published in December.

“A shutdown is beneficial only to a certain segment of the population,” said UC San Francisco epidemiologist Yea-Hung Chen, the lead author of the study, which is published in the journal JAMA Internal Medicine. “It’s saying that we want to protect those who can work from home, but we’re not applying the same sorts of protections to other people.”

By contrast, among people who had graduate and professional degrees, there were hardly any excess deaths during California’s springtime stay-at-home orders.

Certainly, there were people with such degrees who did die of COVID-19, but the overall deaths among that group were not significantly higher than would be expected in a pre-pandemic year.

The study also showed that California’s springtime stay-at-home orders did result in declines in deaths among other racial groups.

“The lockdown that we had early does seem to be to coincide with declines in mortality,” said coauthor Dr. Kirsten Bibbins-Domingo, chair of the UC San Francisco department of epidemiology and biostatistics.

“What it means is that even our most effective strategies need to be coupled with a focus on the communities that are most vulnerable and ensuring that they have the resources in order to be able to to protect themselves, even in the midst of effective strategies like the lockdown.”

California counties with a greater share of low-wage and crowded households have been more likely to be hit hard by the pandemic, according to a study by the UC Merced Community and Labor Center last year.

Latino workers have the highest rate of employment in essential front-line jobs where there’s a higher risk of exposure to the coronavirus, according to the UC Berkeley Labor Center.

For instance, 55% of Latinos work in such jobs and 48% of Black residents do as well, compared with 35% for white residents.

Latinos make up 93% of farmworkers; 78% of construction workers; 69% of cooks; 60% of laborers and material movers; 57% of truck drivers; 55% of cashiers; and 52% of janitors and building cleaners. Latinos make up 39% of California’s population.