How court developments may threaten the president

What’s the legal outlook for Trump after being implicated in crimes? 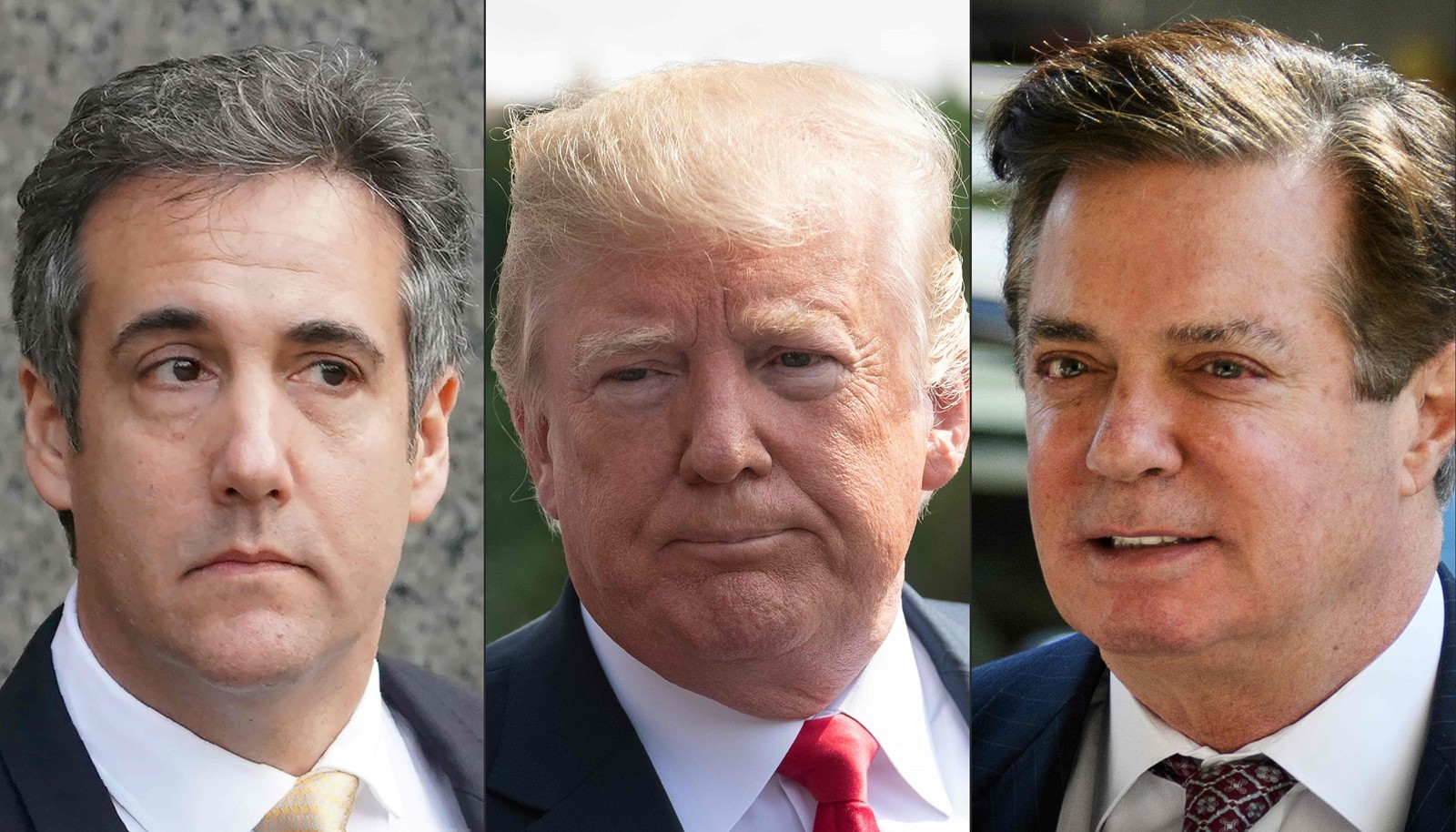 That’s up for debate.

“The question has been posed, but never in a court,” said Neil Kinkopf, a professor of law at Georgia State University.

The issue has roiled legal observers since at least the 1970s, when President Nixon came under fire for his role in the Watergate scandal. It arose again in the 1990s in the investigation of President Clinton for various alleged improprieties.

Now the question is back as special counsel Robert S. Mueller III examines whether Trump’s campaign colluded with Russia in its hacking and other attempts to interfere with the 2016 election. Mueller’s mandate allows him to pursue other criminal activity he discovers in the course of his investigation.

The Department of Justice’s long-standing guidance to its prosecutors has held that presidents shouldn’t be indicted while in office, an opinion it first formed in 1973 amid Watergate.

Some legal experts, including Trump’s latest Supreme Court nominee, Brett Kavanaugh, have argued that a president should not be burdened by criminal charges or lawsuits while in office due to the extraordinary demands of the presidency.

Others have argued that having unelected prosecutors or jurors undertake a criminal case that could effectively remove a president from office would steal an important power that the Constitution entrusts to Congress — impeachment.

Yet these are just theories. They haven’t been tested.

“There’s nothing in the Constitution that says you can’t indict the president,” Levinson said.

The problem with making a grand jury wait for a president to leave office before filing an indictment is that the statute of limitations might run out before the president’s four-year presidential term ends, Kinkopf said.

In that situation, he said, “The president escapes any kind of criminal liability, and the president in that way is in some sense above the law.”

Impeachment is the process laid out in the Constitution under which a majority of House of Representatives members can vote to investigate a president, after which a trial is held in the Senate, where a two-thirds majority vote can result in the president’s removal from office.

Or, as Levinson put it: “Impeachment is, like, whatever Congress decides it is.”

However, Kinkopf said, the “primary check” on the justness of impeachment is the two-thirds approval requirement of the Senate, rather than a strict legal definition.

“As long as Donald Trump is president, he can issue Manafort or Cohen a pardon for federal crimes, period, full stop, for any reason,” Kinkopf said. “He could announce to the nation that Paul Manafort paid him for a pardon and then issue that pardon. The pardon would still be effective.”

Doing so could have dire political consequences, including impeachment, Kinkopf said. But “there is no mechanism by which that pardon can be rendered invalid,” he said.

Trump’s pardon power is limited to federal charges. Cohen and Manafort “could be facing state crimes, and he has no pardon authority for state crimes,” Levinson said.

Possibly Trump’s future. Trump’s executive powers aren’t infinite, even if a president might not be indictable while in office.

Congressional Republicans — who hold majorities in both the Senate and the House — have largely stuck behind Trump through the stormy days of his presidency and have expressed little interest in his removal. But if Democrats were to take control of the House, they could launch impeachment proceedings with a majority vote.

Cohen’s claims against Trump “directly implicate the election and the validity of the election, and so I do think those could be impeachable offenses,” Levinson said.

Getting two-thirds of the Senate to approve removing Trump from office, however, would likely require Republicans to support Trump’s removal, Levinson said.

“I think it’s really depressing that we’re having to talk about this along party lines,” Levinson said. “If the president is really guilty of violating federal law in at least one area or more, it should haven’t to do with whether you have a D or an R next to your name — but of course it does.”