Funds for Guatemala and Honduras will go to opposition leader in Venezuela instead. 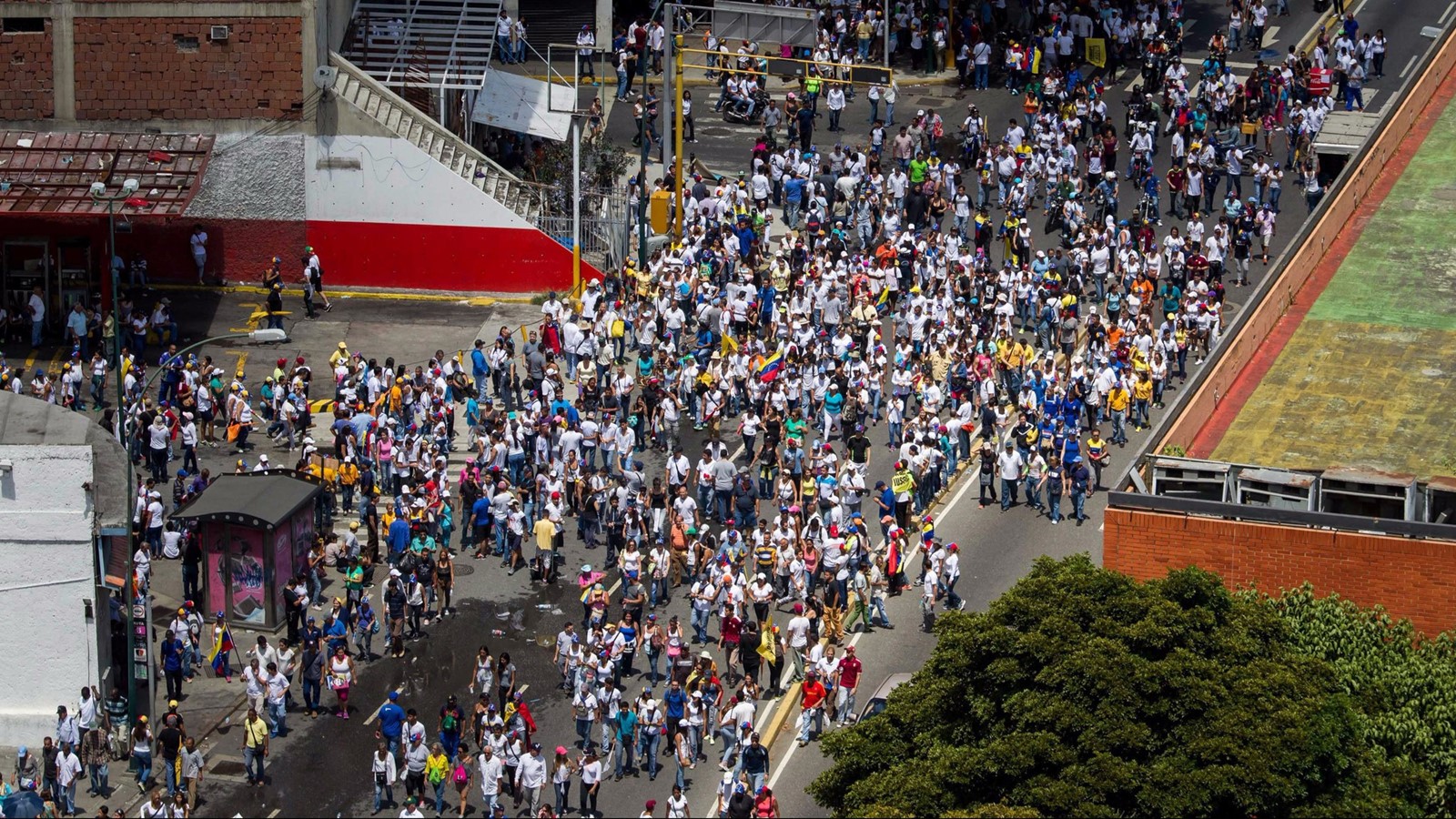 — The Trump administration plans to divert more than $40 million in humanitarian aid from Central America to the U.S.-backed opposition in Venezuela, according to an internal memo and interviews.

The memo, dated July 11 and obtained by The Times, is a notification to Congress from the U.S. Agency for International Development that the money is going to Venezuela in response to an “exigent” crisis involving U.S. “national interest.”

The U.S. has been an ardent supporter of forces attempting to oust the leftist government of Venezuelan President Nicolas Maduro and now recognizes his challenger, opposition leader Juan Guaido, as the legitimate ruler of the besieged nation.

All of the money being diverted will go to Guaido and his faction, the memo said, to pay for their salaries, airfare, “good governance” training, propaganda, technical assistance for holding elections and other “democracy-building” projects.

The $41.9 million had been destined for Guatemala and Honduras, two of three countries in Central America’s so-called Northern Triangle, an impoverished and violence-plagued region that accounts for most of the migrants fleeing to the United States.

President Trump late last year said he was cutting all aid to Central America until the countries stopped the flow of migrants across Mexico and toward the U.S. southern border. Critics said ending aid would be counterproductive because the conditions that thousands are already fleeing would only worsen.

Trump’s threat applied to money allotted for the region for 2018, a total of about $370 million. The $41.9 million is the first tranche of those funds to be “repurposed,” said a congressional aide familiar with the matter, who requested anonymity in discussing internal workings.

“What they are doing is essentially taking the money that would help poor Central American children and giving it to pay the salaries of Guaido and his officials and employees,” the person said.

Cutting aid to Central America is one of numerous punitive steps Trump has taken as part of his stated goal of curbing legal and illegal immigration to the U.S., especially by people from Latin American and Muslim-majority countries.

The administration has all but eliminated the possibility of political asylum for most migrants reaching the U.S. southern border, drastically reduced quotas for blocs of immigrants granted visas, and vowed to deport thousands of people from the U.S. in door-to-door raids by federal agents.

The new memo, meanwhile, is the first indication of where the administration would use the diverted money instead.

Ousting Maduro, whose corruption-ridden government has plunged once-prosperous Venezuela into economic, social and political chaos, has become a high priority for Trump, especially as he eyes reelection and support in south Florida, where opposition to Maduro runs deep.

Trump and his national security advisor, John Bolton, have declared Maduro an illegitimate leader and refer to his government as the “former Maduro regime,” while praising Guaido, whose inner circle consists mostly of exiles operating from Miami or Washington.

The U.S. government is already spending a large amount of money for the Venezuelan cause, sending millions of dollars to neighboring countries absorbing Venezuelan refugees, shipping humanitarian supplies, food and medicines to the region and helping Guaido’s followers to take over Venezuelan diplomatic compounds in the United States.

Experts in Latin American issues say, however, that the diversion of these funds, albeit to support Guaido’s efforts, is misguided.

“It’s a terrible idea not to spend that money in Central America,” said Geoff Thale, programs vice president at the Washington Office on Latin America, a human rights research group. “Especially at a moment when the intention seems to be to bottle up people in that region, not spending the funding to improve conditions in the region” makes no sense, he said.

The administration has made great strides in mustering international support for Guaido, joining with about 50 other governments in declaring Maduro’s rule illegitimate.

Still, although the U.S. historically has lent support to opposition groups against disfavored governments, the payment of dissident officials’ salaries is unusual.

“The danger is that the Venezuelan opposition becomes perceived as made in the USA,” said Cynthia Arnson, director of the Latin America program at the Wilson Center, a nonpartisan think tank in Washington.

The USAID memo said the “deviation” of the money was “necessary due to unforeseen events and exceptional circumstances.”

It responds “to a significant, exigent event in the U.S. national interest, specifically the rapidly evolving crisis in Venezuela and the need to support” Guaido and the National Assembly, an elected legislative body that Maduro has attempted to sideline and replace with a loyal parliament.

Some of the organizations that will be used to oversee the spending are the International Republican Institute, the National Democratic Institute and Freedom House, the memo said.

USAID did not immediately respond to a request for comment.

In response to the USAID memo, the House can choose to put a “hold” on sending the money to the Venezuelan parties. But Trump could also choose to ignore it and spend the money anyway, or both sides could stand their ground until the end of the fiscal year in September, when the money would no longer be available.