The pandemic may create

a new way to discriminate

Once antibody tests for the coronavirus are reliable, will society be divided into the immune and the non-immune? 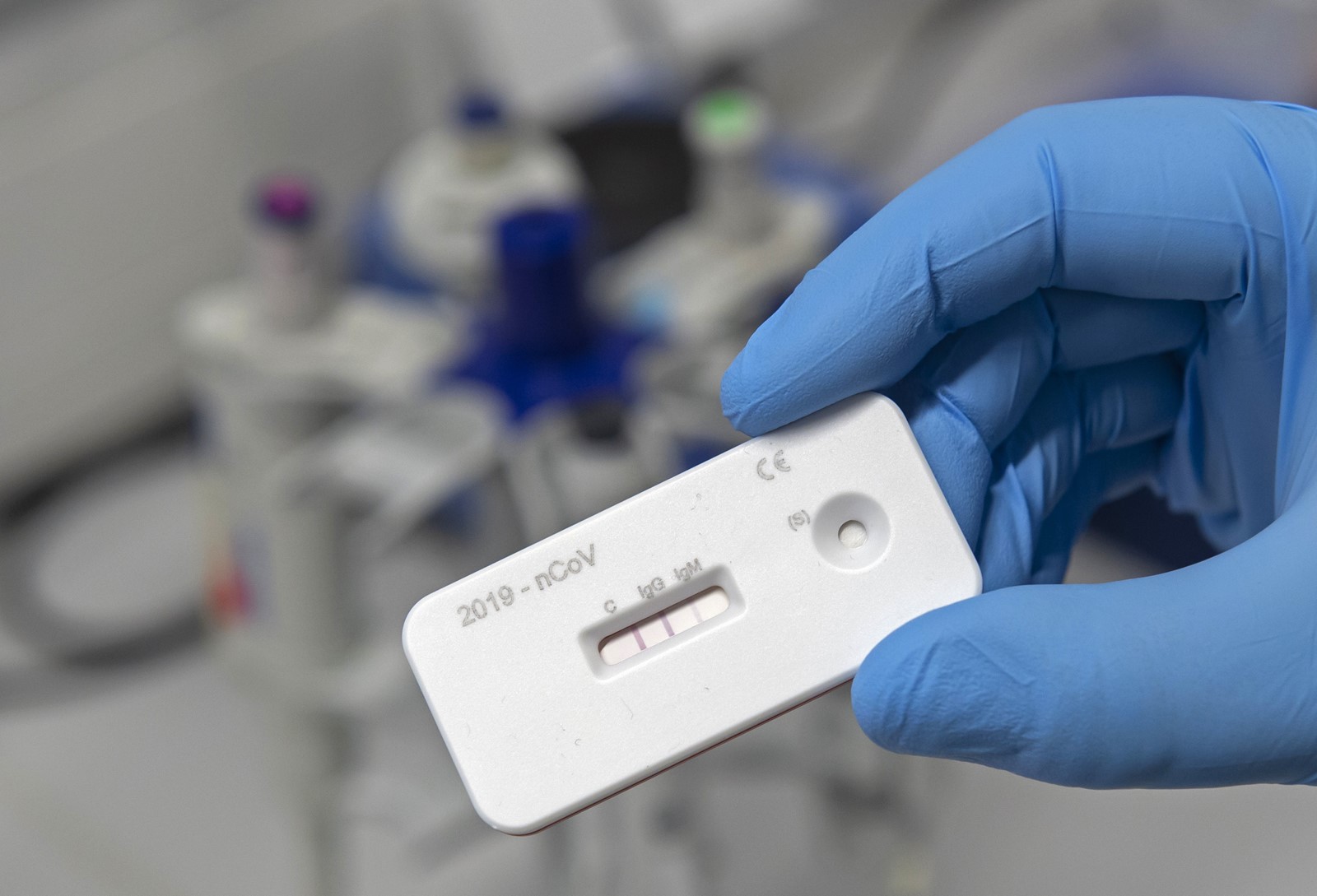 A GERMAN blood test can show within 10 minutes whether a person is immune to the virus. (Jens Meyer Associated Press)
PREVIOUS IMAGE

that aim to show whether a person has been exposed to the coronavirus and presumably has immunity are expected to flood the market very soon. Such tests, if accurate, could help us understand the spread of the virus and the extent of immunity in the society as well as determine who can safely go back to work.

Much is still unknown about the level of antibodies needed to make a person immune, and most blood tests have not been reviewed by the government for accuracy. But once reliable tests are broadly available, this public health breakthrough could trigger some difficult legal questions. The country may soon have to deal with a new concept of bias: antibody or immunity-based discrimination.

Economic recovery in this pandemic will occur only to the degree that people feel safe if they venture into public spaces like airplanes, trains, restaurants and shopping malls. With a vaccine still at least a year away, antibody tests could be used to divide the population into those who are presumed to have immunity and the potentially contagious. If you are in the latter group, the question is whether you can be denied certain services.

The other area of relevant law covers quarantine powers in a pandemic. Those laws and cases, however, focus on confining the contagious, not the susceptible population.

The issue could become more acute once we have a coronavirus vaccine. Putting aside the logistics of making a vaccine available to more than 300 million people, some people will fail to get vaccinated. The virus will be able to take hold in that population until herd immunity is achieved and keeps the disease in check.

There are three ways to maximize immunization. First, make it mandatory. Second, convince people that they need it. Third, give them an incentive to comply with or a disincentive to opt out of vaccination.

State mandatory vaccination laws were upheld by the Supreme Court in a 1905 case, Jacobsen vs. Massachusetts, involving a smallpox vaccination program. The court ruled that such a mandate was fully within the state’s power to protect public health and the safety of its residents. In the coronavirus crisis, Congress could fund a national vaccinations program but leave mandatory compliance orders to the states.

That leaves the third option. If people face government-imposed limitations on travel, employment or schooling, they would have an incentive to choose vaccination.

The Supreme Court ruled in 1922 that a city does not violate equal protection under the Constitution by denying school to students who refused to be vaccinated. And in 1944 in Prince vs. Massachusetts, the court ruled that a parent cannot make a religious liberty claim in refusing compulsory vaccination for his child, because “the right to practice religion freely does not include liberty to expose the community or the child to communicable disease or the latter to ill health or death.”

A state coronavirus vaccination program would be able to rely on these well-established legal precedents. At the federal level, Congress could encourage state mandates by tying federal funds to stricter state laws so long as they are not so coercive as to commandeer the states. Whether private businesses like airlines could also make vaccination or immunity a condition for customers remains a question. Airlines, for example, are part of a regulated industry and could face difficulty in unilaterally imposing such conditions without federal approval.

Congress could set limits on interstate travel and the Transportation Security Administration could impose entry requirements through security gates.But the impact on individuals could be significant, and to make such a system work, there would have to be easy proof of immunization or vaccination, perhaps something like an immunization passport.

In the end, the federal and state governments may decide to accept a certain level of noncompliance. If this is a slowly mutating virus, a second wave may be manageable with therapeutics and ramped up testing and contact tracing. However, if the country wants to impose a mandatory program, it will have to figure out whether it wants to divide the population between the immune and non-immune.