In Orange County, many are still skeptical of face masks 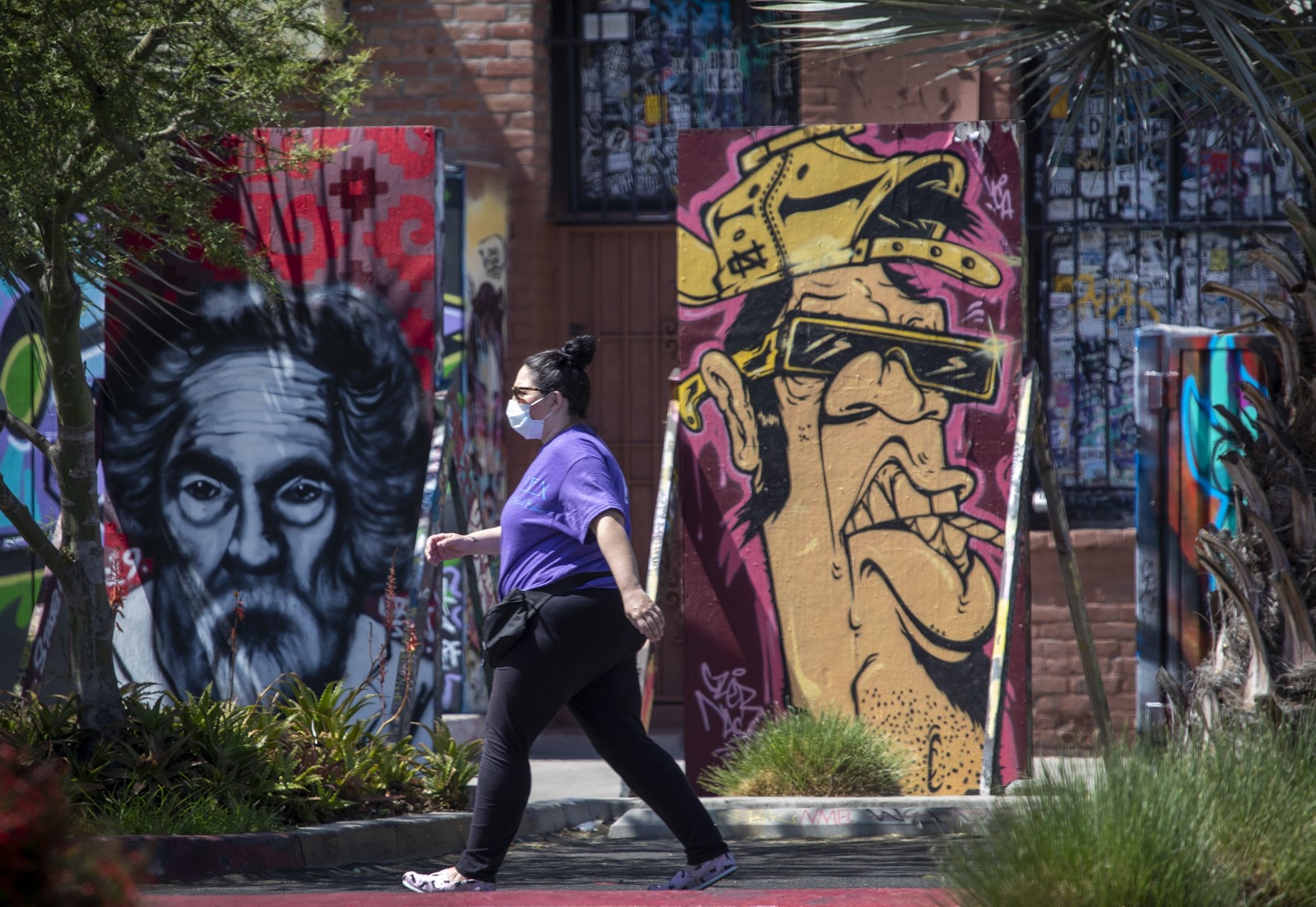 When Basilico’s Pasta e Vino took to social media to proclaim itself a mask-free location amid the COVID-19 pandemic in late May, it prompted responses ranging from overwhelming support to stern admonishments from customers who pledged never to dine at the restaurant again.

On Monday, officials at the Huntington Beach establishment had a message for those who have expressed anger about their policy. They updated the restaurant’s voicemail greeting, joking that they were “having some fun with the haters.”

“As you may know, we have been recently featured in the press and with great appreciation have been receiving an overwhelming show of support by the community and even from across the state and country, so if you’re calling to place an order or express support for our position, please hold or leave a voicemail,” the greeting states. “If you’re calling to place a death threat, please press 2 and leave your name, number and address so our cousin Guido and his crew can pay you a visit.”

It is not clear whether the restaurant is mandating that diners remove their masks before entering. A man who identified himself as the restaurant manager declined to comment to a Times reporter on Tuesday. Huntington Beach police spokeswoman Angela Bennett said officials have sent the restaurant a letter requesting that they comply with the state’s mask order.

But the restaurant’s defiance underscores how Orange County remains a battleground where dueling factions of the population debate the necessity of masks. As coronavirus cases have spiked, more officials are urging people to cover their faces when in public. But many are skill skeptical.

It’s part of a larger debate raging this summer as businesses reopen even as novel coronavirus cases surge. The politics of masks are particularly intense among those who don’t like the idea of the government telling them what they should wear.

Public health experts have said that wearing a face covering is an effective way to decrease the spread of the coronavirus. A study published recently in the Proceedings of the National Academy of Sciences concluded that “wearing of face masks in public corresponds to the most effective means to prevent interhuman transmission.”

In early June, Orange County’s public health officer resigned after weeks of verbal attacks, including a death threat, over her mandatory mask rules. Her replacement rescinded the rules amid intense pressure from the Board of Supervisors, instead “strongly recommending” that residents wear face coverings when in public.

A week later, Gov. Gavin Newsom ordered all Californians to wear face coverings while in public or high-risk settings, including shopping, taking public transit or seeking medical care. The order was handed down amid growing concerns that an increase in cases had been caused by residents failing to voluntarily take that precaution.

On Monday, Orange County for the first time reported more than 1,000 new coronavirus cases in a single day, with young people accounting for the bulk of new infections. The county has the third-highest number of coronavirus cases among the state’s 58 counties and the fourth-most deaths, according to Los Angeles Times data.

Officials say the recent spike was due in part to reports from backlogged test results. The county reported 1,028 additional cases Monday, 1,013 of which were from specimens collected June 20 to July 3; the others were collected before June 19.

The county’s positivity rate has also skyrocketed in recent weeks. The positivity rate, which health officials use to gauge whether case numbers are increasing because of more testing or because there’s more disease spreading within the community, was listed as 7.95% over a seven-day period in mid-May. As of Monday, the county had a case rate of 222 per 100,000 residents and a positive test rate of 14.2%, according to health officials.

The state has set a desired standard average of 25 positive cases per 100,000 over a 14-day period and a seven-day average positive test rate of 8%.

The surge in new cases and the recent rollback of business reopenings prompted Supervisor Michelle Steel, who had previously repeatedly questioned the county health officer’s decision to mandate masks, to appeal to residents to wear a face covering.

“With cases of COVID-19 in California increasing over the last six weeks, I ask the residents and visitors of Orange County to please wear a face covering when you are in a public place and unable to properly social distance, as well as following hygiene and social distancing guidance,” Steel said in a statement this week. “This is of the utmost importance to protect your health and the health of others, so that we can return back to normal as quickly as possible.”

While more public officials appear to be embracing the mask requirement, law enforcement throughout much of the county has taken a softer approach than its northerly neighbors. In some Westside cities in Los Angeles County, such as Santa Monica, not wearing a mask could result in a $300 fine for a first offense.

The L.A. County Sheriff’s Department on Tuesday could not immediately provide data about the number of citations they have issued.

Orange County Sheriff Don Barnes said in a statement that the department has to be practical when considering enforcement of face coverings in the sections of the county where deputies patrol. Officials said the sheriff is not taking an adversarial approach to the governor’s orders, but is operating with limited resources.

“With limited exceptions, not wearing a face covering is a violation of the public health order, but it is not a practical application of a criminal law violation,” Barnes wrote. “As many other industries are gaining compliance through an education-first approach, deputies will continue to educate the public about the statewide face-covering requirement and will request voluntary compliance.”

Cities with their own police departments in Orange County, including Irvine and Newport Beach, have also found success taking an education-first approach.

While police in Irvine can cite people who refuse to wear face coverings under a city order, officers have not found it to be necessary, said Sgt. Karie Davies.

“People have been receptive to the information that our officers provide. I think some of it is just a matter of clearing up misinformation,” Davies said. “We’re really trying not to give people citations, but if push came to shove and we really had to, we would.”

Newsom on Monday indicated that counties not enforcing the orders could risk losing their share of $2.5 billion worth of state funds, saying that if officials are “unwilling to do it, then we will redirect those dollars to communities that are.”

“I have great respect for the overwhelming majority of officials in Orange County that want to do the right thing,” Newsom said. “If there’s a handful that don’t, we’ll work through them, around them or we’ll work through whatever the problems are.”