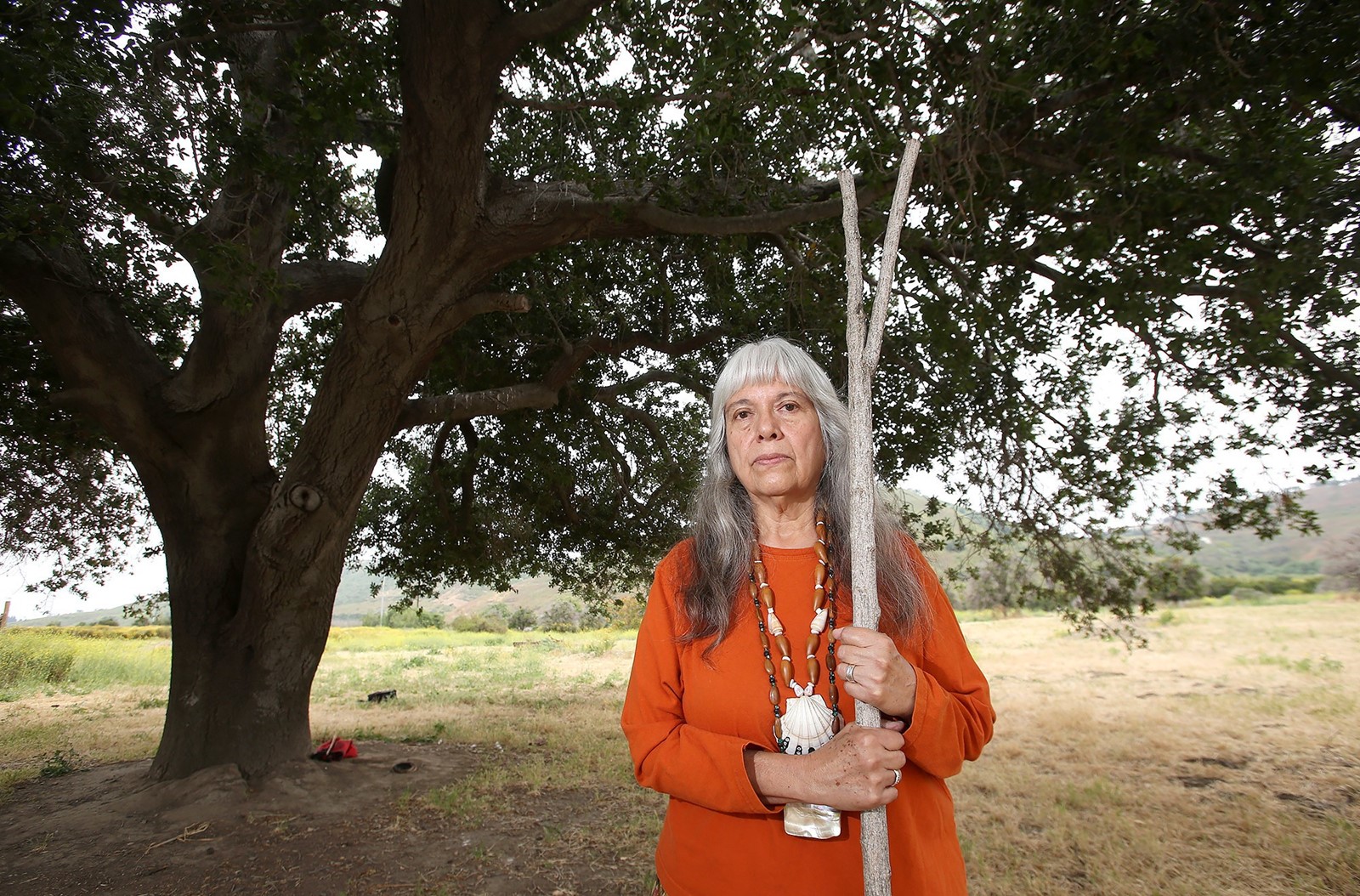 For many years, the descendants of the original people of what is now Orange County have fought for a sliver of land dedicated to their history and traditions.

Tribal leaders have said that the park could be an important tool for educating the public and a vital gathering place for tribal members, where they could perform important ancient rituals. Some tribal members have been waiting for a piece of dedicated land like the park for decades.

After several delays, the Putuidem Village in San Juan Capistrano is expected to be completed by mid-August. The humble 1.5-acre passive park will include an amphitheater with boulders and log seats, a trail and depictions of the Juaneño way of life, including ramadas, kiichas (a thatch home) and manos (a ground stone tool). The surrounding areas of the park have native plant habitat.

“We just don’t want to be forgotten,” said Adelia Sandoval, spiritual leader of the Juaneño Band of Mission Indians. “It was a viable, beautiful thing that was going on here. The people living here, they kept everything in balance.”

The sacred sites and lands of the Acjachemen descendants, whose history traces thousands of years, have been plundered, desecrated and devoured by development. They became known as the Juaneños after Spanish colonialists built Mission San Juan Capistrano in 1776. Today, there are about 1,900 tribal members.

The Putuidem Village was seen as a long-sought tribal victory when the San Juan Capistrano City Council first approved the educational park in 2016. The Northwest Open Space, a 65-acre natural area near the 5 Freeway where the park is being built, is considered one of the first Native American settlements in what became Orange County.

But in ensuing years, the city delayed the project, and tribal leadership questioned whether it would ever be completed.

Though it was expected to be open as early as 2019, the Putuidem Village has been stalled by financial obstacles. The first came in 2018 when the city found that it lacked the funds to pay for the annual maintenance. Once that was resolved, construction bids exceeded the budget.

Then the city went back to the drawing board to put together a scaled-down version of the park. The city worked with a committee of Juaneño members — the Putuidem Committee — to revise the park.

“History is important, and this is the genesis of the history of San Juan,” said Thomas Toman, public works director for San Juan Capistrano. “I think everyone who lives here really appreciates that history.”

Construction of the park began in late fall 2020. Most of the elements are already there, including picnic tables, benches, vegetation, an area where grain can be ground, boulders that are directional markers, and ramadas. Toman said they still have to finish the kiichas and add some more signage.

A statue of Coronne, the Acjachemen’s first female chief, may not be ready for the park’s opening. The statue’s original artist passed away about two years ago.

“We are very close; it’s little things here and there that just need to be buttoned up,” Toman said.

The project was delayed for about two months at the beginning of the stay-at-home order last year as the city assessed the financial effect of the pandemic before putting it back into motion.

Toman said he hopes the park will become a regular fixture for people visiting the missions of California.

“It will give you a more comprehensive view of our history,” Toman said. “I’m hoping that it’s really utilized by not just the public but schools, and I hope our local Acjachemen group really get involved. Maybe it brings them closer together and they get more involved putting on monthly events, things of that nature.”

Sandoval hopes she will be able to hold events at the park. Before the pandemic and the construction of the village, she regularly held gatherings at an old oak on the land, which she called “Mother Tree.”

For years, she visited the tree and honored it by sprinkling sage on it and saying a prayer. To Sandoval, the land is imbued with meaning.

“The European influence pretty much wiped out everything,” Sandoval said. “So for us to have any knowledge or memory of anything that our ancestors did ... we’re lucky we have what we have.”

As a spiritual leader, she hopes the village will be a place where she can educate the public and keep the old ways alive.