Turning other cheek on facial recognition

AEG Presents and Live Nation both disavow any plans to use the technology at concerts — for now. 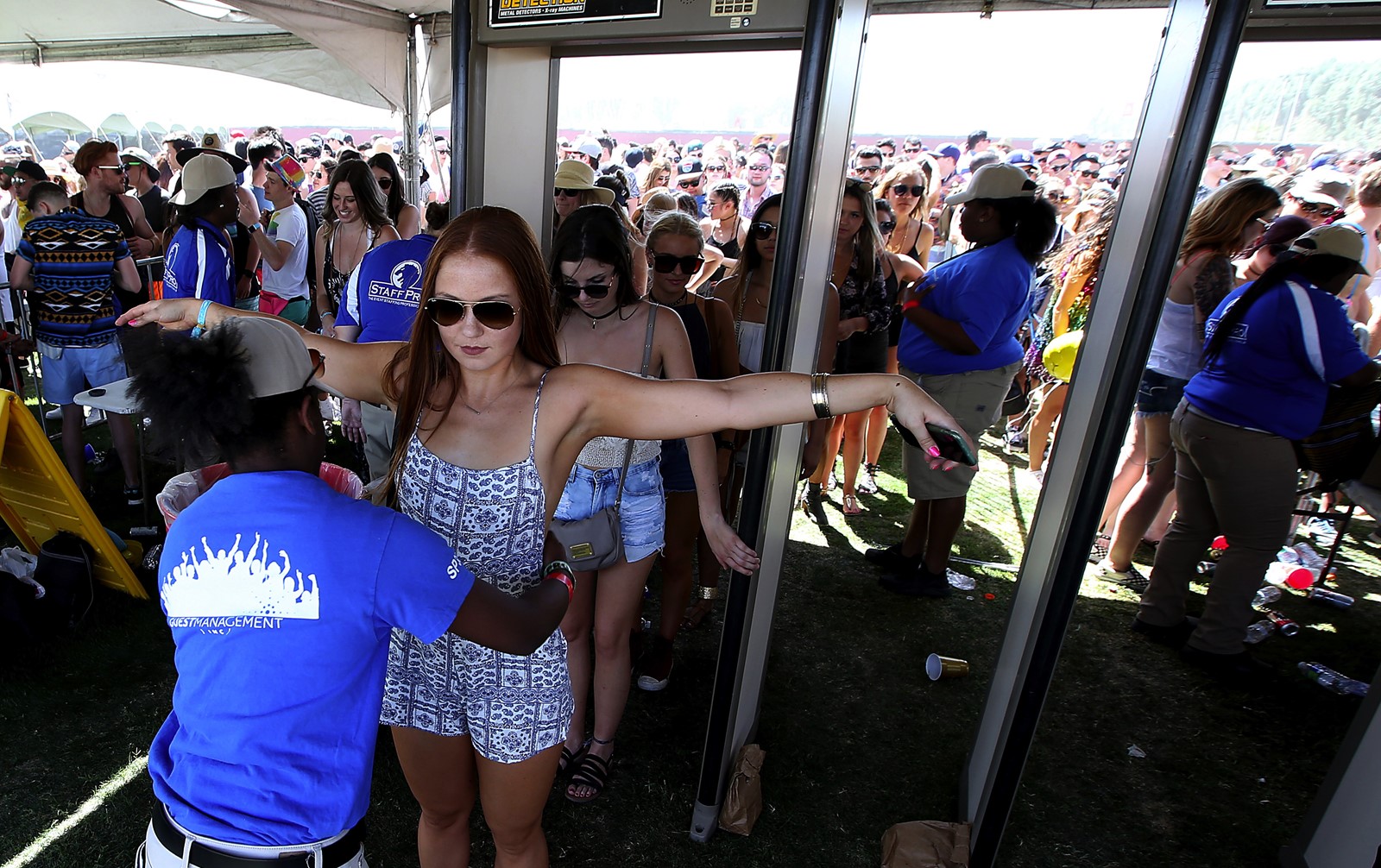 CROWDS pass through bag checks, metal detectors and pat-downs at the entrance to the Coachella Music and Arts Festival in Indio. The event’s operator, AEG, says it has no plans to use facial recognition technology. (Luis Sinco Los Angeles Times)
PREVIOUS IMAGE

Concert promoters in the United States are stepping back from plans to scan festival-goers with facial recognition technology, after musicians and others gave it some serious side-eye.

It remains entirely possible, however, that music venues will eventually take a second look at the controversial tech.

Live-entertainment giants AEG Presents and Live Nation both recently disavowed any plans to use facial recognition at music festivals, despite earlier indications to the contrary. A group of musicians had waged a months-long campaign to halt the technology’s use at live shows, and the companies’ public pronouncements led the group to declare victory.

Advances in computer vision have enabled businesses to install cameras that can recognize individuals by their face or other biometric characteristics. Venue operators have talked about using the technology at gateways to secure entry for select groups or to offer perks for repeat customers.

Privacy advocates worry that such uses might also pave the way for greater intrusions, such as scanning audience members in real time to analyze behavior.

Both concert organizations seemed to be edging toward remembering more faces. In May 2018, Live Nation subsidiary Ticketmaster announced it was partnering with and investing in Texas facial recognition start-up Blink Identity, saying in a note to shareholders that its technology would enable music fans to associate their digital ticket with their image and “then just walk into the show.”

AEG, which operates the Coachella festival in Southern California and other major events, updated its online privacy policy this year with language stating that it may collect facial images at its events and venues for ”access control,” for creating aggregate data or for “personalization” — a term commonly used by retailers trying to tailor advertising or promotions to a specific customer’s behavior.

Now, however, both companies have done an about-face. AEG’s chief operating officer for festivals, Melissa Ormond, emailed activists last month to say: ”AEG festivals do not use facial recognition technology and do not have plans to implement.” Los Angeles-based AEG confirmed that statement this week but declined to comment further.

Live Nation said in a statement that “we do not currently have plans to deploy facial recognition technology at our clients’ venues.” The Beverly Hills company said any future use would be ”strictly opt-in,” so that non-consenting fans won’t have to worry about facing the music.

Facial recognition isn’t seen in many musical venues. The biggest location known to employ it is New York City’s Madison Square Garden, which confirmed this week that facial recognition is one of the security measures it uses “to ensure the safety of everyone” in the arena. It declined to say what it looks at and why. The New York Times first reported its use last year.

While the music industry paused, Major League Baseball rolled out biometric ticketing in the United States, usually involving fingerprints or iris scans to get into ballparks. Authorities in some parts of Europe have bounced around the idea of using either facial or voice recognition to keep tabs on unruly soccer fans, such as those participating in racist chants.

American music event promoters this fall have been pressured to disclose their facial recognition plans by digital rights group Fight for the Future, which asked dozens of festival organizers to pledge not to use a technology it describes as invasive and racially biased.

For some, it was an easy answer. Organizers of the Summer Meltdown Festival outside Seattle said they are “happily free of facial recognition technology.” Also confirming they don’t use it were hosts of events including South by Southwest, Lollapalooza, Bonnaroo, Governors Ball and the Voodoo Music and Arts Experience in New Orleans.

Rage Against the Machine guitarist Tom Morello co-wrote an opinion column in BuzzFeed last week that described the pledge as the “first major blow to the spread of commercial facial recognition in the United States.”

Haskett said Blink’s system enables concertgoers to opt in by taking selfies with their phones, which the company transforms into mathematical representations and deletes. The system might offer access to a shorter line or a VIP section.

But protesting musicians fear their fans’ mugshots could still end up in the hands of law enforcement or immigration authorities.