Trump faces storm of his own making

With Russia inquiry seemingly behind him, president finds himself in a new scandal. 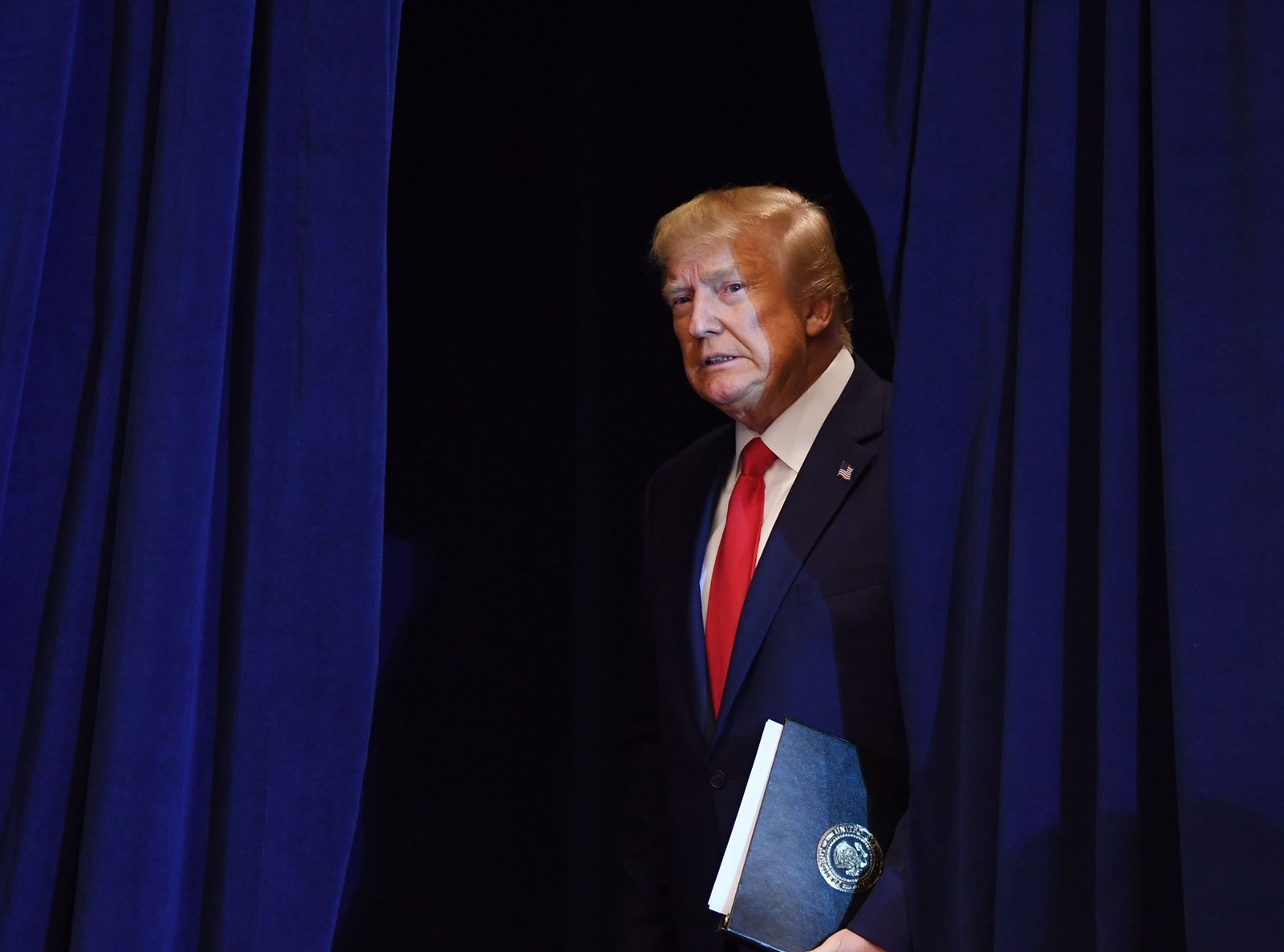 PRESIDENT Trump arrives for a news conference on the sidelines of the United Nations General Assembly. He called the controversy over his July phone call with Ukrainian President Volodymyr Zelensky a “hoax.” (Saul Loeb AFP/Getty Images)
PREVIOUS IMAGE

President Trump should have felt gleeful on July 25, the day after former special counsel Robert S. Mueller III testified to Congress in a slog of a hearing about the Russia investigation that failed to galvanize House Democrats to pursue impeachment.

But when Trump picked up the phone at 9:03 a.m. in the White House residence for a 30-minute chat with the newly elected president of Ukraine, Volodymyr Zelensky, his political enemies clearly were still on his mind.

Trump’s attempts to persuade Zelensky to help investigate a potential Democratic opponent in his 2020 race, as well as a part of the 2016 campaign, transformed the conversation into a crucial piece of evidence for the fourth impeachment proceedings in the nation’s history.

The latest scandal has unfolded with remarkable speed even in Washington’s hypersonic news cycle and reflects Trump’s fixation on personal grievances, seemingly at any cost.

It’s only been one week since the first reports emerged that an intelligence officer had filed a whistleblower complaint involving Trump’s call with Zelensky. Since then, Trump’s every attempt to extricate himself from the political quicksand has drawn him deeper into danger.

According to a written record of the call released by the White House, when Zelensky asked to purchase American-made antitank missiles to help fight Russia-backed separatists in eastern Ukraine, Trump instantly changed the subject and asked for “a favor.” He asked first for an inquiry into a cybersecurity firm that worked with Democrats during the Russia investigation, and then, repeatedly, for help digging up dirt on former Vice President Joe Biden, a potential Democratic opponent next year.

That, according to Democrats, is an on-its-face abuse of power — using foreign policy for personal gain and requesting that the leader of another country interfere in a U.S. election.

So far Trump is fighting back with the same playbook he’s used whenever he is accused of legal or ethical lapses.

Trump insisted that everything he told Zelensky was entirely proper.

“The way you had that built up, that call, it was going to be the call from hell,” he said. “It turned out to be a nothing call, other than a lot of people said, ‘I never knew you could be so nice.’”

He continued his defense at a rambling news conference later Wednesday, where he called the controversy a “hoax” and told reporters “you waste your time on nonsense.”

But he appeared deflated, taking only a few questions, and did not conduct the kind of freewheeling media extravaganza that he’s relished in the past.

Trump has found himself increasingly cornered, and his well-honed skills at evasion and obfuscation may not be a match for the mushrooming scandal involving Ukraine.

His presidency has always been dominated by his grievances — the “elites” who underestimated his candidacy, the prosecutors who investigated the Trump Organization, the immigrants whom his conservative supporters find troublesome — and his portrayal of the discussion with Zelensky was no different.

He cited an “incompetent performance” by Mueller on Capitol Hill and complained about CrowdStrike, the California-based cybersecurity firm that determined Moscow had hacked Democrats’ computers during the 2016 campaign.

And he repeated unfounded allegations about Biden, saying his conduct as vice president “sounds horrible to me.”

It wasn’t simple griping, the kind that’s a constant in Trump’s Twitter comments. Days before the call, Trump had ordered aides to withhold nearly $400 million in military and other U.S. aid to Ukraine, which relies on American backing to defend against Russia-backed separatists in eastern Ukraine.

When Zelensky told Trump that he was ready to take “next steps” to get the aid, Trump was ready with a request.

“I would like you to do us a favor, though,” Trump said, as he asked for help investigating his enemies.

He told Zelensky multiple times to work with Atty. Gen. William Barr and Rudolph W. Giuliani, his personal attorney, to examine whether Biden had done anything wrong while his son served on the board of a Ukrainian natural gas company.

Trump also asked Zelensky to look into whether any Ukrainian officials had helped the Mueller investigation, a sign that Trump wasn’t ready to move on even though that shadow was receding from his administration.

“I would like you to get to the bottom of it,” he said.

So far the controversy represents a high-speed replay of the Russia inquiry, where Trump’s campaign was scrutinized over potential collaboration with Moscow to influence the 2016 election. Mueller ultimately did not establish a criminal conspiracy, although he indicted or charged more than 30 individuals.

As he did with Mueller, Trump is trying to ensure the impeachment inquiry bogs down in partisan trench warfare, questioning the loyalties of the whistleblower, whose identity is unknown.

Trump shared an article from a conservative website that implied the whistleblower’s attorney is politically motivated because he interned for Democrats nearly two decades ago on Capitol Hill.

A key part of Trump’s strategy is undermining the credibility of the news media that have uncovered details of the scandal.

“The president has really redefined and educated the American people on what he calls the fake and corrupt news media,” said David Bossie, a longtime Republican operative.