Why the Amazon is burning 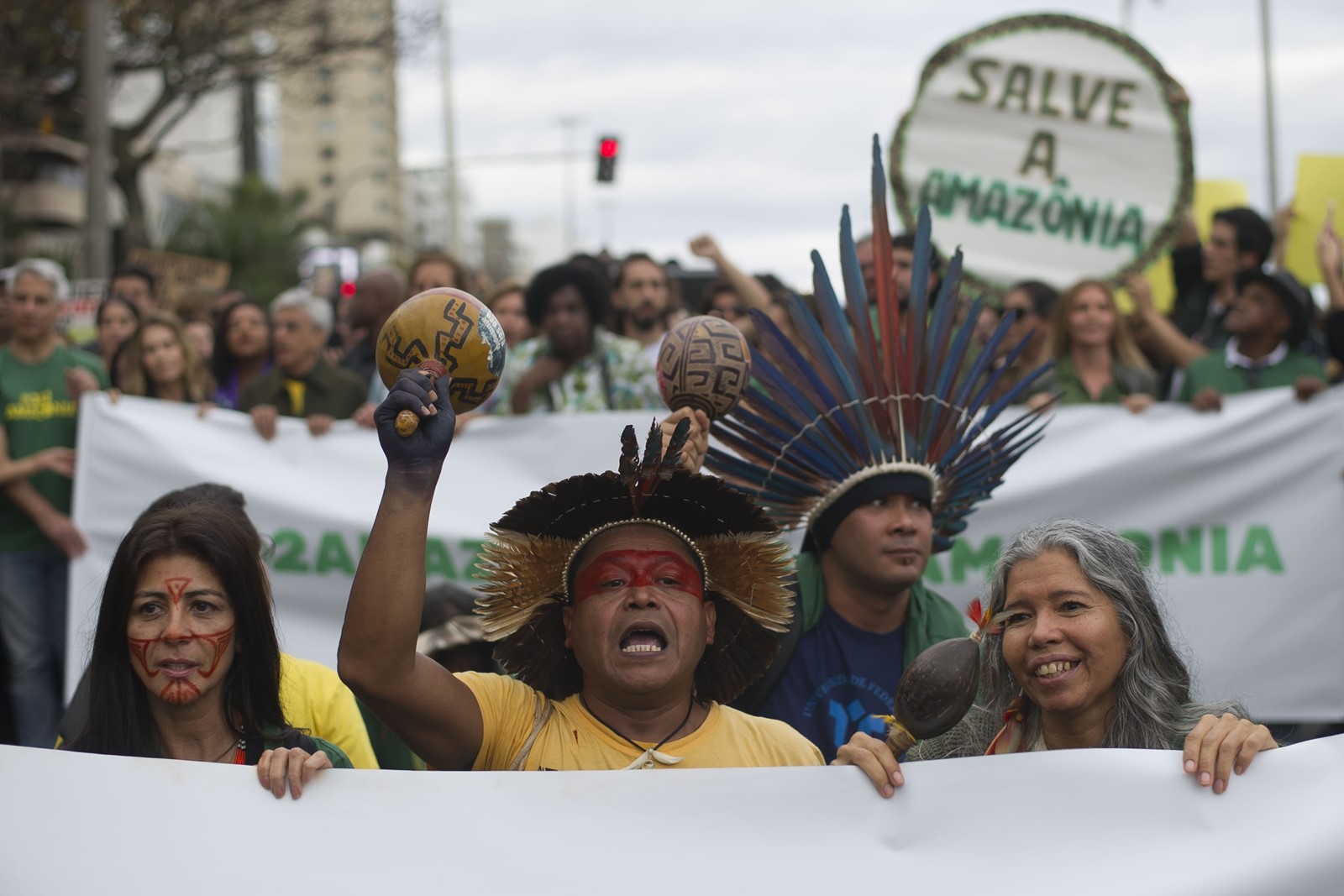 BRAZILIAN PRESIDENT Jair Bolsonaro has weakened agencies that protect the environment and indigenous people in his country. The laws have not changed, but enforcement has, resulting in an 80% increase in deforestation since last year. (Bruna Prado Associated Press)
PREVIOUS IMAGE

sat in a restaurant in a small town called Tabatinga in northwestern Amazonia. Looking out to the street, through the haze, I could see the moon was stained pink by the smoke of burning rainforest. President Jair Bolsonaro thundered on the restaurant’s TV, asking how could Europeans tell Brazil what to do with the Amazon, after they had cut down all of their forests?

What Bolsonaro says is routinely echoed by many people in this town and throughout the Amazon. In fact, long before Bolsonaro became known as a presidential candidate with a knack for polemical statements, I heard similar sentiments from farmers and ranchers frustrated over environmental regulations.

A cattle rancher put it to me bluntly a few years ago: “You all tell me not to deforest. It’s easy, isn’t it? Mix a drink there [in the U.S. or Europe] and talk. Now why do we have to stop deforesting? I agree that we should not deforest more, but we have a lot of people here. How will they live? What is the average income in the USA? Give that much to every person here. Then we can all sit around and watch the little birds fly.”

On Friday, Bolsonaro reversed course and agreed to send in 43,000 troops to fight the blazes. This hasty about-face may take the immediate international pressure off of Brazil, but the factors and tensions that fueled these fires will continue to smolder. This record-setting fire season — with more than 80,000 fires burning throughout the country on Sunday — shows how easily a change of government can unleash the forces that cause people on the ground to strike a match and fan the flames.

Natural fires are rare in Amazonia, but humans have a long history of reshaping the environment through burning. Swidden, sometimes called “slash and burn” agriculture, has been practiced in the region for millenniums with limited perceptible impacts on rainforest cover.

The scale and frequency of burning increased in the 1970s, when the government opened up Amazonia to settlement, and migrants from other parts of Brazil flooded the region to claim land. For these newcomers, who considered themselves pioneers heeding the call to make productive an “uninhabited” land, the forest held no value; it was an obstacle that had to be cut and burned to create arable land for crops and cattle pasture.

During the period of declining deforestation rates, governmental monitors reviewed real-time satellite images to alert the authorities of illegal clearing and fires. When armed troops arrived by helicopter to sites of illegal clearing, people took notice and word spread that the environmental laws — of which Brazil has hundreds concerning the use of Amazon lands — were no longer just on paper. As one man jokingly told me, “We even put a roof on our outhouse because the government is always watching.”

The laws that held deforestation and burning in check in the last decade have not changed under Bolsonaro, but enforcement has. There has been an 80% increase in deforestation since last year.

It has always been difficult to carry out policies and enforce the law in the vast and distant territory that comprises 59% of Brazilian territory, at more than 5 million square kilometers (almost 2 million square miles). Even in good years, government officials in the agencies tasked with environmental enforcement or indigenous protection rarely have sufficient personnel and resources to carry out their duties. This problem has become more pronounced since Bolsonaro weakened and reshuffled key institutions, such as IBAMA, the environmental protection agency, and FUNAI, the National Indian Agency. Morale is low, and some functionaries I spoke with felt unsafe in enforcing environmental laws.

Fire is traditionally used to prepare fields for planting or to clear recently deforested land. Farmers, who are limited by regulations, are eager to return to a custom that allows them to give weed-choked fields new life and expand their production. But the motivations for setting fires this year may also have a political dimension.

On Aug. 10, a wave of fires was set at approximately the same time in the same region of Eastern Amazonia. Investigators are looking into a coordinated effort to set off the fires, aiming to show support for Bolsonaro and his attempts to weaken environmental controls, and perhaps as a protest to international environmentalists who want to tell Brazilians how to use their land.

People in the Amazon are sensitive to the threat of punishment for transforming a forested land. They weigh those risks against actions that could bring them anything from humble earnings to immense profits. These calculations shifted with the election of Bolsonaro.

A return to enforcement of the laws is clearly necessary, but stronger enforcement during the 2000s did not change economic incentives on the ground. In the eyes of many Amazonian farmers and ranchers, they shouldn’t be asked to bear all the costs for preserving the forest. Until that changes, many feel that foreign concern for the Amazon is just a smokescreen for powerful northern countries to maintain their position by holding down a potential agricultural powerhouse through unreasonable environmental standards.

International sanctions and enforcement can play an important role in containing further destruction, but long-term sustainability will require a shift in how Amazonians value the rainforest. What they are asking for now is a more equal form of engagement with international powers. The forest can’t be saved without it.