On climate, Biden can do plenty without Congress 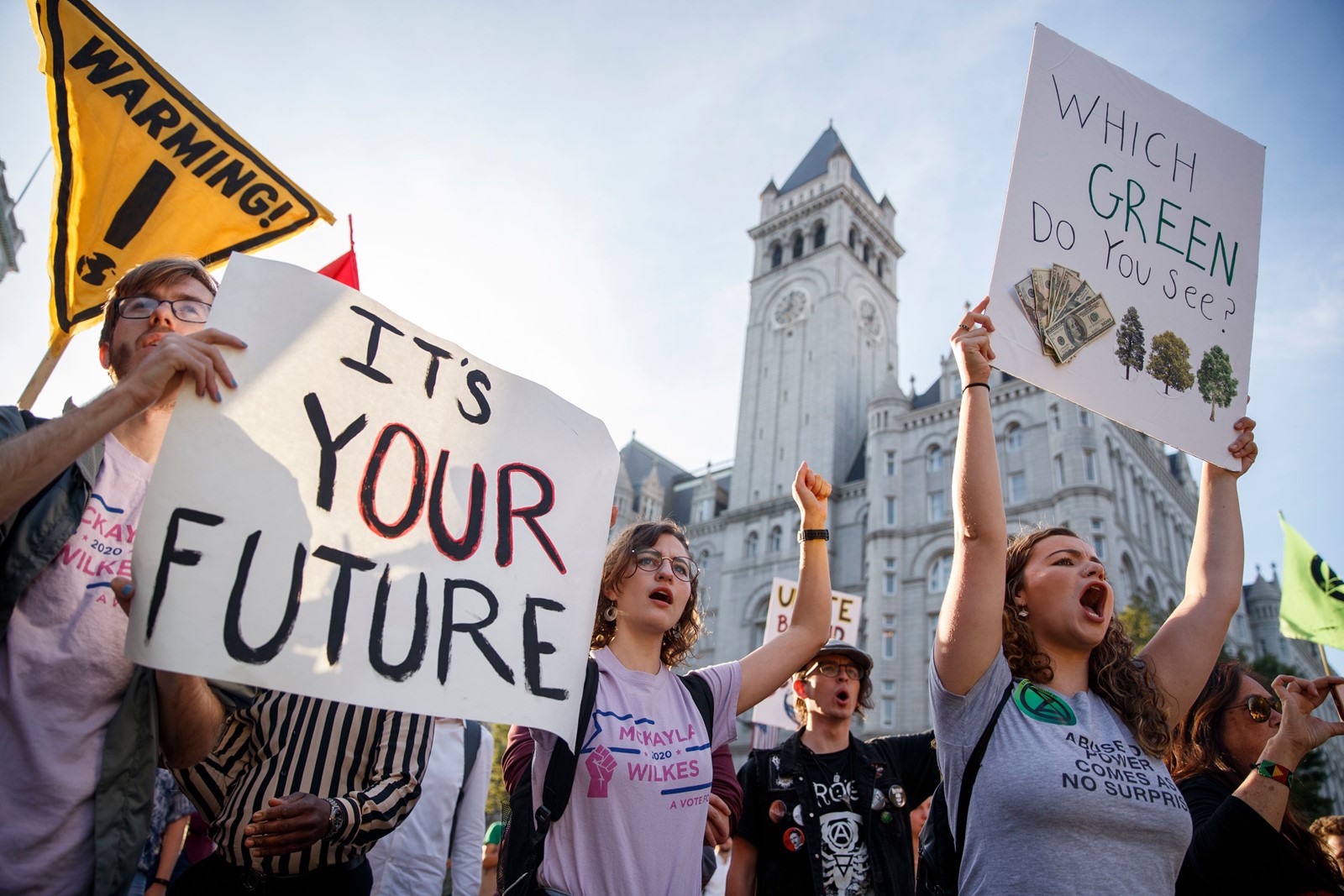 Climate change is fueling record-breaking fires, hurricanes and floods. Global emissions of greenhouse gases are returning to pre-pandemic levels. And America — which has emitted more planet-warming gases than any other nation — has just become the only country to quit the Paris climate agreement.

President-elect Joe Biden is a few months away from inheriting a seemingly impossible situation: a country where the majority of people say they are in favor of climate action but where a divided government in Washington will complicate any efforts to do so.

If Republicans keep control of the Senate, then much of the legislation that would be needed to implement Biden’s aggressive plans to tackle climate change would probably be blocked.

But there is a huge amount that Biden can accomplish on his own. Here’s a look at five areas of environmental policy that the next president can change without so much as a phone call to Senate Majority Leader Mitch McConnell.

One of the most significant steps Biden could take to reduce greenhouse gas emissions would to be reinstate tough nationwide rules for auto emissions and mileage standards that were put in place under the Obama administration and that essentially mirrored regulations in effect in California.

These rules are important because transportation is a top source of planet-warming gases. When they were put in place, they were considered one of the nation’s most successful efforts to combat climate change.

But the Trump administration weakened those rules. Under the Trump regulations, nearly 900 million more tons of carbon dioxide are expected to be released than under the Obama-era standards, a result of less efficient cars burning an additional 78 billion gallons of fuel. The administration also revoked California’s authority to set stricter auto emissions rules than those required by the federal government.

The battle over car emissions was headed for the Supreme Court, where the conservative majority might have decided in favor of the Trump administration.

But Biden has promised to reinstate the Obama standards and make them tougher, expanding them beyond passenger vehicles and SUVs into the most polluting trucks. He’s also likely to grant California a new waiver, allowing it and the 13 other states that have adopted its standards to crack down even more on tailpipe pollution.

The president and whomever he chooses to serve as his Interior secretary will have broad authority to decide what kind of energy development should take place on land owned by the federal government. On this question, Biden has been clear — he has said he would not issue new leases for fracking on federal lands.

Biden could issue a new executive order directing the Interior secretary to halt all oil and gas lease sales and permits. This would not block oil production that’s already taking place, but it would prevent more wells from being drilled and would allow for a gradual transition away from natural gas. The Obama administration used the same strategy to prevent the sale of new coal mining rights.

A Biden Interior Department could also impose new requirements on oil companies operating on federal land, such as a rule mandating the capture of methane from wells and other infrastructure. Methane emissions are a major contributor to global warming and have been rising sharply.

It may also be possible for Biden to unravel some of the leasing that’s been carried out under the Trump administration, which has auctioned off millions of acres of federal land. Federal judges have already intervened in some instances to suspend or void hundreds of leases because of procedural mistakes and legal violations by the Interior Department.

Experts said that a Biden administration could go further by voiding leases that have been issued but where the land hasn’t been developed, or by buying them back.

This could affect the Trump administration plans to auction off more than 4,000 acres of federal land and mineral estate in California this December — the first lease sale in the state since 2012.

Established under the Obama administration, the Clean Power Plan regulated greenhouse gas emissions from power plants, the nation’s second-largest source of planet-warming gas. But in 2019, Trump’s Environmental Protection Agency replaced this plan with a new rule designed to protect the coal industry while backing away from any meaningful emissions reductions.

Whereas the Clean Power Plan was expected to reduce emissions by about 30% by 2030, EPA projections suggest the replacement rule might reduce carbon dioxide emissions by 0.7%, or possibly not at all.

Under a Biden administration, the EPA could repeal the Trump rule without any input from the Senate. But when it comes to replacing it, many environmental advocates are hopeful that the president will decide to go further than simply re-proposing the Clean Power Plan. That’s because the Obama-era plan has been tied up in the courts and there is doubt it could survive a review by a Supreme Court that now has a conservative 6-3 majority.

Instead, advocates hope that Biden’s EPA will propose a more ambitious rule, one that would put the country on a path to meeting the president-elect’s goal of eliminating carbon emissions from the electricity sector by 2035.

Biden has already said he will rejoin the Paris climate agreement, but there’s much more he could do to show the world that the United States is serious about fighting climate change.

A report from Brown University’s Climate Solutions Lab lays out a series of steps that include creating a “climate club” of countries that volunteer to reduce emissions by agreeing to set a minimum price on carbon and penalize high-emitting countries through trade measures such as tariffs.

Another proposal outlined in the report calls for Biden to work with the European Union — the largest importer of natural gas — as well as Canada and Mexico to curb methane emissions.

Some environmental advocates have said that because we are barreling toward catastrophe, Biden should invoke emergency authority to address climate change. This step would be bold — quite possibly bolder than Biden is willing to be — and it would carry major rewards and risks.

Under emergency authority, a Biden administration could use military funding to quickly move the country away from coal and gas-powered plants and toward renewable energy. He could also increase the number of electric-vehicle charging stations, require automakers to produce more electric vehicles, and accelerate the expansion of clean-energy technology — all without having to ask Congress to approve new funding.

If this sounds familiar, it might be because Trump declared a national emergency on the border in 2019 in order to access billions of dollars in funding for a border wall.