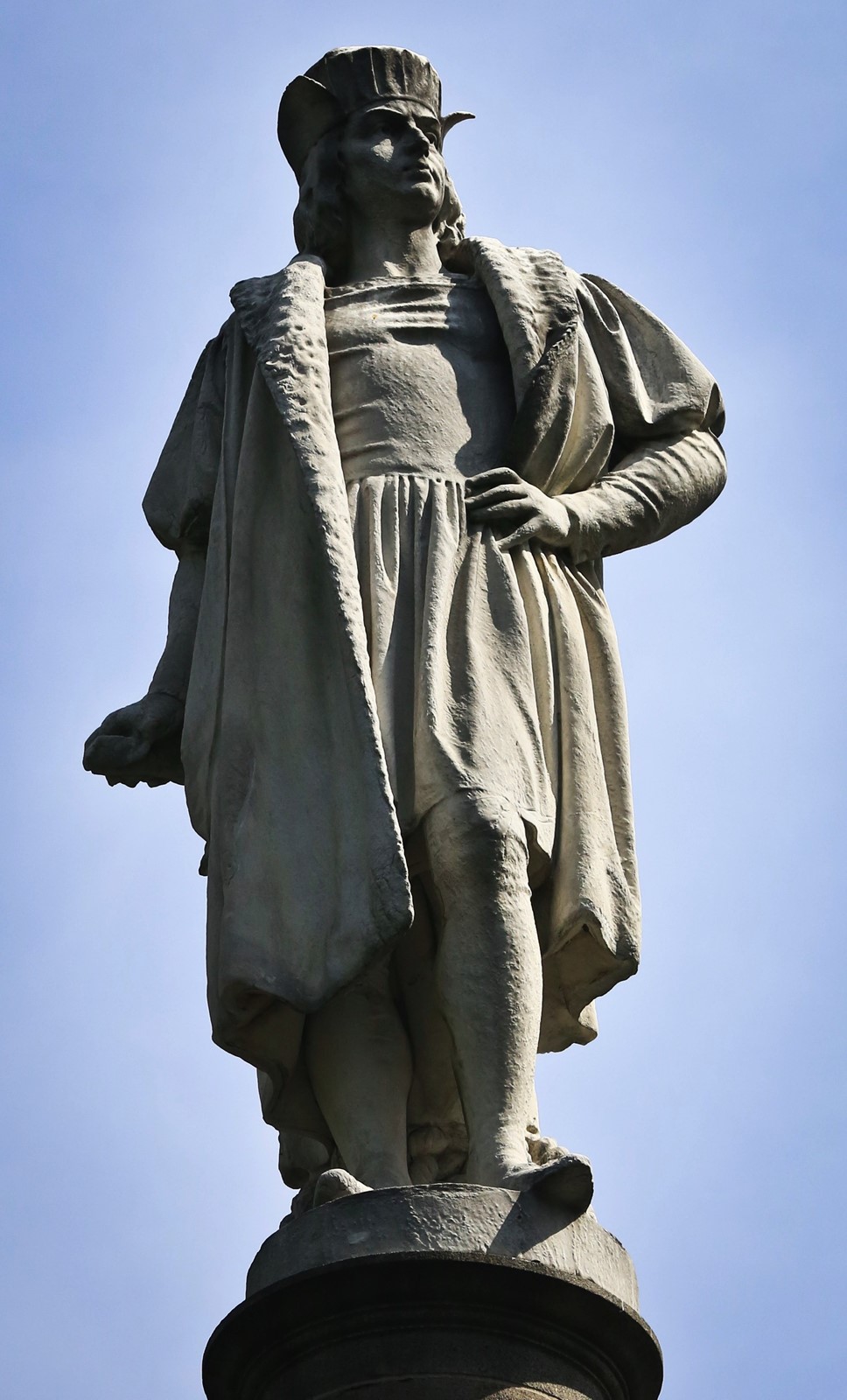 debate, both the Los Angeles City Council and the L.A. County Board of Supervisors recently voted to replace the Columbus Day holiday with Indigenous Peoples Day, beginning no later than 2019. Although to many this change will seem long overdue, others wonder why our elected officials have ventured into this political thicket.

This week marks 525 years since Christopher Columbus first set foot in the Americas. Nobody questions the historical significance of that feat, but how we understand Columbus and his place in world history has changed dramatically over the centuries.

Throughout the 1800s and 1900s, civic leaders hailed Columbus as the man who brought culture and civilization to the Americas and in so doing planted the seeds that grew into the democratic republic of the United States. They honored this proto-Founding Father in innumerable proclamations, statues, monuments, street names and public plazas. All this adoration culminated in 1937, when, following massive Italian immigration to the U.S., the federal government proclaimed a national holiday in his honor. The city of Los Angeles followed suit that year.

Today, however, those who know most about the life of Columbus see him as more than a skilled mariner, expert promoter and courageous explorer. Increasingly they point to the other aspects of his character and life: his arrogance, his poor administration of his colonial ventures and his blinkered conscience, which was untroubled by the enslavement of Native Peoples, even when doing so went against the wishes of his royal backers.

Moreover, Columbus’ landfall ushered in one of the greatest injustices in human history: the wholesale transfer of wealth and lands from native peoples to Europeans; the unprecedented depopulation of vast swaths of the Americas as European diseases reduced native populations by 90%; and the violent oppression of indigenous culture and beliefs, as Spanish conquistadors and missionaries sought to convert indigenous peoples into servile laborers and observant Catholics.

That the colonization of the Americas made possible by Columbus was both cruel and tragic is not a matter of debate. The history is settled.

This is why, since 1992, municipalities across the country have been stepping back from their public commemorations of Columbus. It’s why, in July 2015, Pope Francis asked for forgiveness on behalf of the Catholic Church “for crimes committed against the native peoples during the so-called conquest of America.” And it’s why the City Council and Board of Supervisors voted to change the holiday in his honor.

Even though California was among the last regions to be colonized by Spain, the shadow cast by Columbus reached all the way to our shores, and his namesake holiday is a particular affront to Californians whose ancestors suffered as a result.

Before Spanish colonization, the regions that make up modern California were home to the largest and most densely settled population of indigenous people north of the Valley of Mexico. Some 350,000 people lived here before Spanish missionaries and soldiers arrived in 1769. By the 1830s, the Franciscans had baptized more than 80,000 Natives, but 60,000 of them had died in the missions, and nearly 25,000 of the dead were children under 10.

It’s fitting to replace Columbus Day with Indigenous Peoples Day because Natives from California, and indigenous people who immigrated here from other regions, played a crucial role in the early history of Los Angeles.

The first indigenous settlers to arrive in the L.A. Basin, in the 1780s, had been displaced from Baja California and from the regions that are now the Mexican states of Sonora and Sinaloa. Once here, these newcomers hired Gabrielino-Tongva villagers to work as farmhands.

These indigenous newcomers built the pueblo that would become Los Angeles, establishing farms, ranches and commercial networks. Hundreds of Gabrielino-Tongva, who had weathered the storm of colonization, found work in the community. A newer indigenous L.A. grew up alongside the survival of an older one.

But after the U.S. acquired California from Mexico in 1848, the Gold Rush drew a wave of Anglo Americans from the U.S., who brought with them a murderous racism that worked to oppress indigenous people and render them all but invisible.

Nevertheless, indigenous people — those native to California and those who had settled here — persisted in Southern California, and many more continued to move here from all corners of the Americas. In fact, according to recent census information, no county in the country has a higher percentage of indigenous people than L.A. County.

Some trace their California ancestry back hundreds of generations, others are more recent arrivals, but all have played a crucial role in the history of this city. Indigenous Peoples Day correctly celebrates and honors their place in L.A.’s past, present and future.