Why builders use gravel from Canada instead of local materials 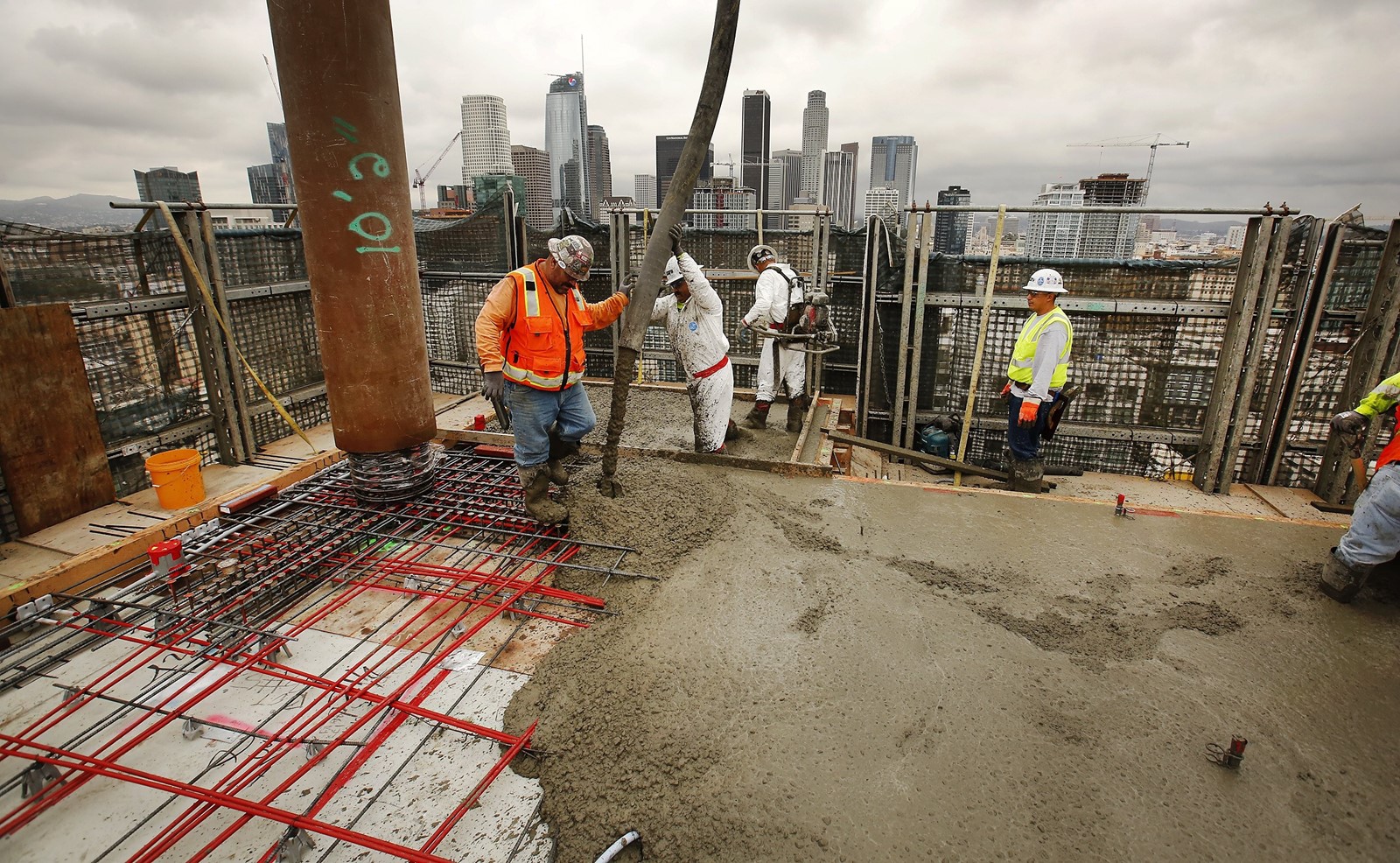 AT AN L.A. SITE, workers pour concrete made from the Canadian materials, which some builders prefer over local gravel. (Al Seib Los Angeles Times) 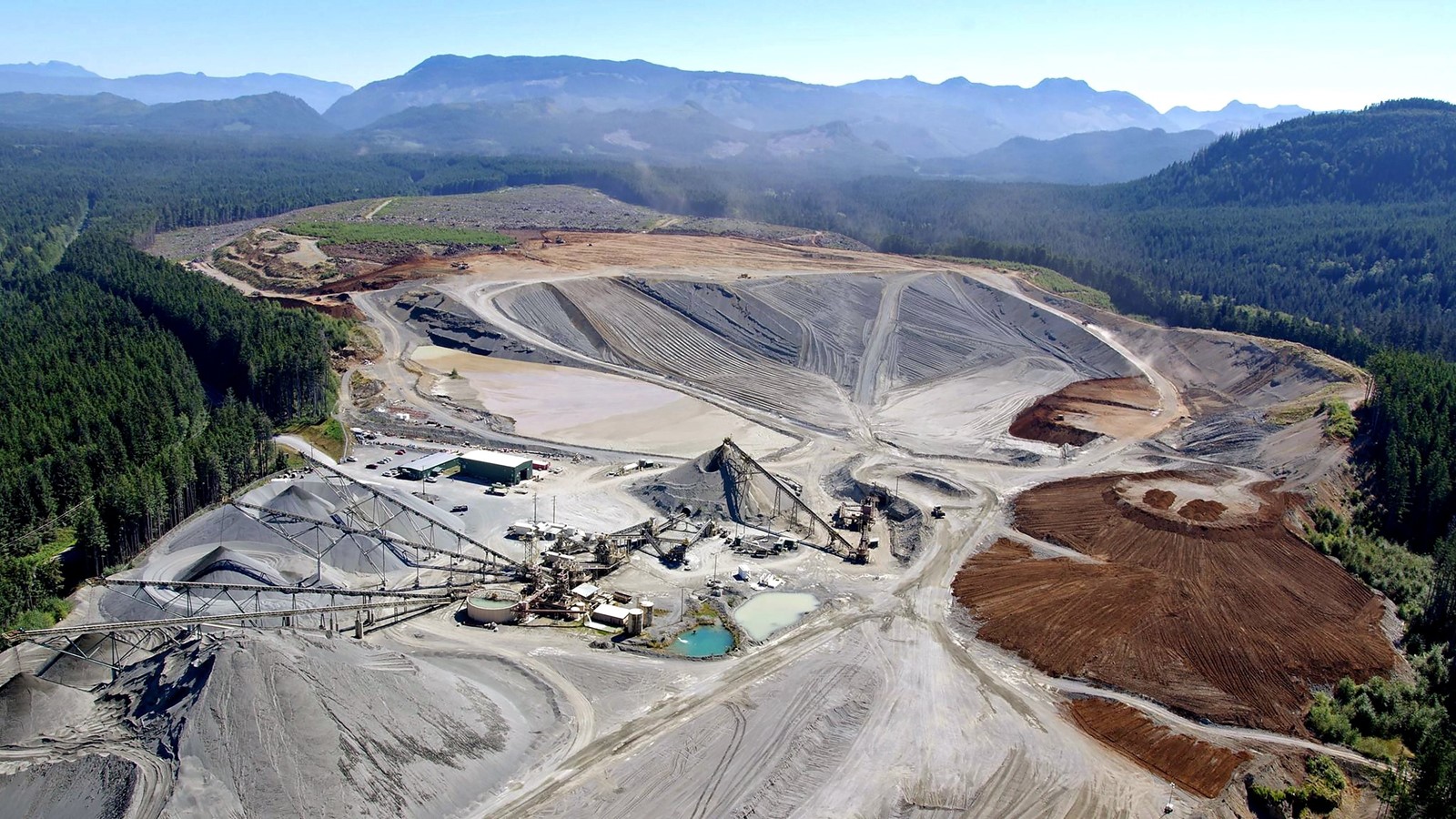 ON CANADA’S Vancouver Island, rocks and sand are scraped from a quarry and sorted for shipping to distant building sites. ( Polaris Materials) 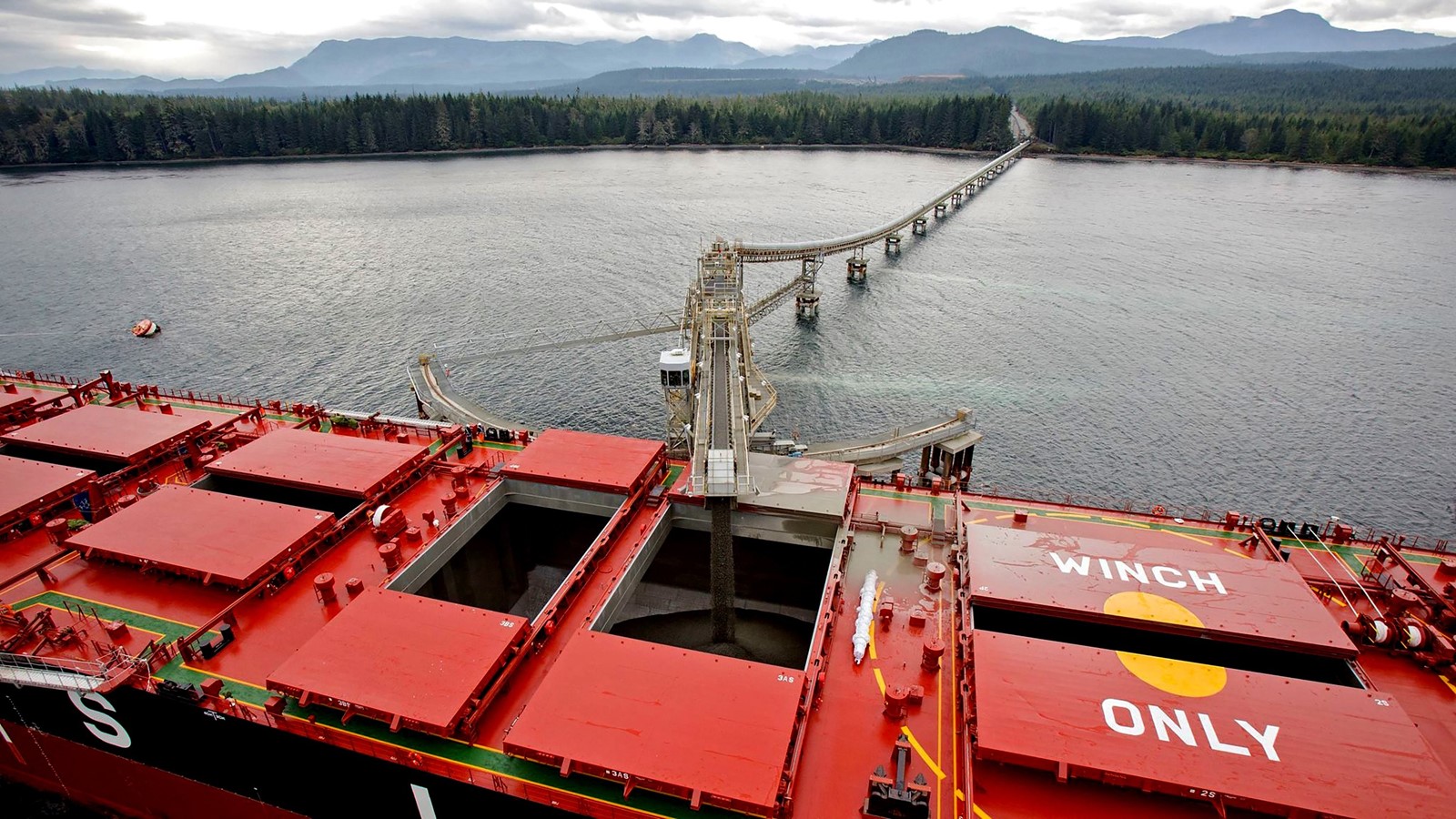 CONVEYOR belts stretching more than a mile carry the raw material from the quarry to a ship off the coast of Port McNeil. ( Polaris Materials)
PREVIOUS IMAGE

For evidence of that mineral abundance, look no further than Irwindale, home to more than a dozen massive pits emptied last century for those critical building components.

But now, as another building boom rumbles across Los Angeles and a new generation of high-rises climbs skyward, the rock and sand are coming from a much more distant source: Canada’s Vancouver Island, more than 1,400 miles away.

That’s a long distance to ship commodities that are still abundant locally, sell for less than $20 a ton — and often cost more to transport than to mine.

Yet thanks to a combination of materials science, cheap ocean shipping and, some argue, NIMBYism, today’s industrial concrete mixers are often filled with imported rock and sand.

Consider a new apartment building going up at 12th Street and Grand Avenue in downtown L.A. On a gloomy Halloween morning, two dozen workers poured the concrete that will form the 28th of the building’s 38 stories.

Before that wet concrete was leveled and smoothed, before it was pumped to the top of the building, before it was mixed together at a plant near Vernon, it started out as cement powder, water, sand and gravel.

And those last two ingredients began their journey weeks earlier on the largely undeveloped north side of Vancouver Island, just off the southwest coast of British Columbia.

There, near the logging town of Port McNeil, Polaris Materials and the indigenous ‘Namgis First Nation own the Orca Quarry, a site where long-melted glaciers some 10,000 years ago deposited layers of sand and gravel as thick as 300 feet.

The materials, known in the construction business as aggregate, are scraped from the sides of the quarry pit, washed, sorted into piles and loaded onto conveyor belts that stretch more than a mile to a terminal floating on the Broughton Strait.

Then, the rock and sand are dumped into dry-bulk carriers — picture an oil tanker, but designed to carry solid cargo such as coal or grain. Each ship can carry about 75,000 tons of aggregate.

From Port McNeil, it’s a four-day, 1,450-mile voyage down the coast to the Port of Long Beach, where Vancouver, Canada-based Polaris leases 8 acres of waterside real estate.

It’s then time for the aggregate to make its way to the construction sites — and, for the first time, to be loaded into trucks and be transported by road.

The fact that Polaris can move its aggregate from a Canadian quarry all the way to Long Beach without being transported by road is one of the reasons it’s feasible to export such heavy, cheap material over such a long distance.

Warren Coalson, a consultant to California mine and quarry operators, estimates it costs $220 to haul a standard 25-ton truckload on a 25-mile trip in L.A. traffic. That works out to about 35 cents per ton per mile.

Bring in material from more distant Southern California quarries and it gets more expensive still. A 50-mile trip could mean paying upward of $15 per ton just for transportation, perhaps more than the material itself.

“That’s the equation — that’s what makes it work,” Van Dyk said. “The logistics are a big part of it.”

L.A.’s local sand and gravel supplies aren’t as local as they used to be. With most of Irwindale’s quarries now vacant pits, projects might get aggregate from as far away as Palmdale or Victorville. San Diego and the San Francisco Bay Area, too, are having to tap increasingly distant sources.

A 2012 report from the California state geologist estimates that quarries in L.A. County and the Bay Area have permits to produce less than one-third of the aggregate that will be needed over the next 50 years. San Diego, which already imports aggregate from Mexico, is in even worse shape.

It’s not that California doesn’t have enough sand and gravel. But as development has sprawled, quarries or potential quarry sites that were once in sparsely populated areas are now surrounded by people — who don’t want the attendant noise, pollution and truck traffic.

Those concerns pushed Riverside County in 2012 to reject Granite Construction’s proposal to open a quarry near Temecula that would have supplied San Diego.

Mexican construction materials giant Cemex tried for decades to get permits for a quarry in the Santa Clarita Valley but faced fierce opposition from residents and city officials. Now, Cemex is planning to haul rock and sand by rail from its White Mountain quarry in Victorville to a depot in Bell, a 100-mile journey.

For Polaris, though, the problem has presented an opportunity. And it’s made the company an acquisition target.

Alabama concrete giant Vulcan Materials announced plans to buy Polaris in August for just shy of $200 million, a bid that was quickly topped by a $240-million offer from Texas-based U.S. Concrete. The deal would give U.S. Concrete a way to expand into Southern California without the difficult task of buying or building a quarry of its own.

“It’s hard to build a new quarry anywhere in California,” said Brent Thielman, an analyst at brokerage D.A. Davidson & Co. “It’s the cost of the real estate, the environmental permitting, the regulation. All of that comes with the territory.”

Polaris started shipping aggregate to Long Beach last year, but has been hauling rock and sand to Honolulu and the Bay Area since 2007. The company has said it wants to export to more markets, including San Diego and Ventura County.

It’s not the only company importing sand and gravel into the U.S., but the practice remains relatively rare. The U.S. Geological Survey estimates that domestic builders used about 1 billion tons of aggregate last year, and that only about 3 million tons were imported — mostly from Canada.

Sometimes, it’s the result of a building boom that outstrips local supply. That’s the case in China, which in 2015 imported $2.3 billion worth of sand and gravel, according to United Nations trade statistics.

In other cases, local materials simply aren’t suitable. Qatar and Kuwait were among the top global importers of sand and gravel in 2015, according to U.N. data. There’s plenty of sand in both Persian Gulf nations, but of the wrong sort. Desert sand, formed by wind, is too smooth for making concrete. Coarser sand formed by rivers and glaciers is preferred.

And while logistics is part of the reason Los Angeles builders are buying Vancouver Island gravel, quality is a factor, too. The gravel from the Orca quarry is mostly basalt, a fine-grained volcanic rock that’s harder and denser than the mixture of granite, quartz and schist that are washed out of the San Gabriel Mountains.

Polaris and its local customers say that makes Orca material a preferred choice for making the kind of high-strength concrete used in the floor slabs of new downtown high-rises and in elements of the new Rams and Chargers stadium in Inglewood.

“Lower quality rock, you hit it with a hammer and it chips,” said Polaris’ Van Dyk. “You hit our rock and it rings.”

Which is why its L.A. customers are willing to pay a premium.

At its most basic, concrete is a mixture of sand, gravel, water and cement. And of those elements, cement is the most expensive, selling for upward of $100 per ton.

If you’re laying down a sidewalk, you can use whatever aggregate you want. But to make high-performance concrete, the materials matter. Use lower-quality sand and gravel and you’ll need to add a larger amount of cement, said Todd Lamberty, a project manager for construction firm Webcor Builders.

“The aggregate that’s locally mined is pretty poor quality in terms of its sheer strength,” said Lamberty, who is overseeing cement work at several downtown projects using Polaris’ products. “You end up putting a ton of cement in the mix to make up for that, and cement is the most expensive component.”

Other projects Lamberty is overseeing include the Metropolis, a luxury condo-and-hotel complex, and Oceanwide Plaza, a mixed-use project, both near Staples Center.

Using less cement not only reduces costs but has other benefits. Cement gives off heat as it cures; too much heat can cause shrinking and cracking. Less cement and more aggregate lowers those risks.

At one of Lamberty’s projects, the apartment building at 12th and Grand, Webcor is using Polaris aggregate for nearly all the structural elements, including floor plates and columns.

Rick Lance, a concrete place and finish superintendent for Webcor, said he has found that concrete with Polaris aggregate cracks less than other mixes. As workers smoothed out freshly placed concrete, Lance plucked a few pieces of gravel out of the wet gray glop.

“It’s like a jigsaw puzzle,” he said, pointing out the mixture of smooth and jagged faces on each piece of rock. “It bites better. The pieces all lock together.”

On Oct. 31, workers poured concrete for the 17,000-square-foot 28th floor. For that floor alone, Webcor used 436 cubic yards of concrete made with nearly 720 tons of sand and gravel that was scraped from the Vancouver Island quarry pit. The company has 10 more floors to go.

In early 2019, residents of the 536-unit apartment building will take in views of a changing L.A. skyline. They’ll join the new residents of the Metropolis and Oceanwide Plaza — all of whom will be standing on millions of pieces of British Columbia.