Still no motive for Vegas shooting

As sheriff reiterates there was only one shooter, Paddock’s girlfriend says he was acting strangely. 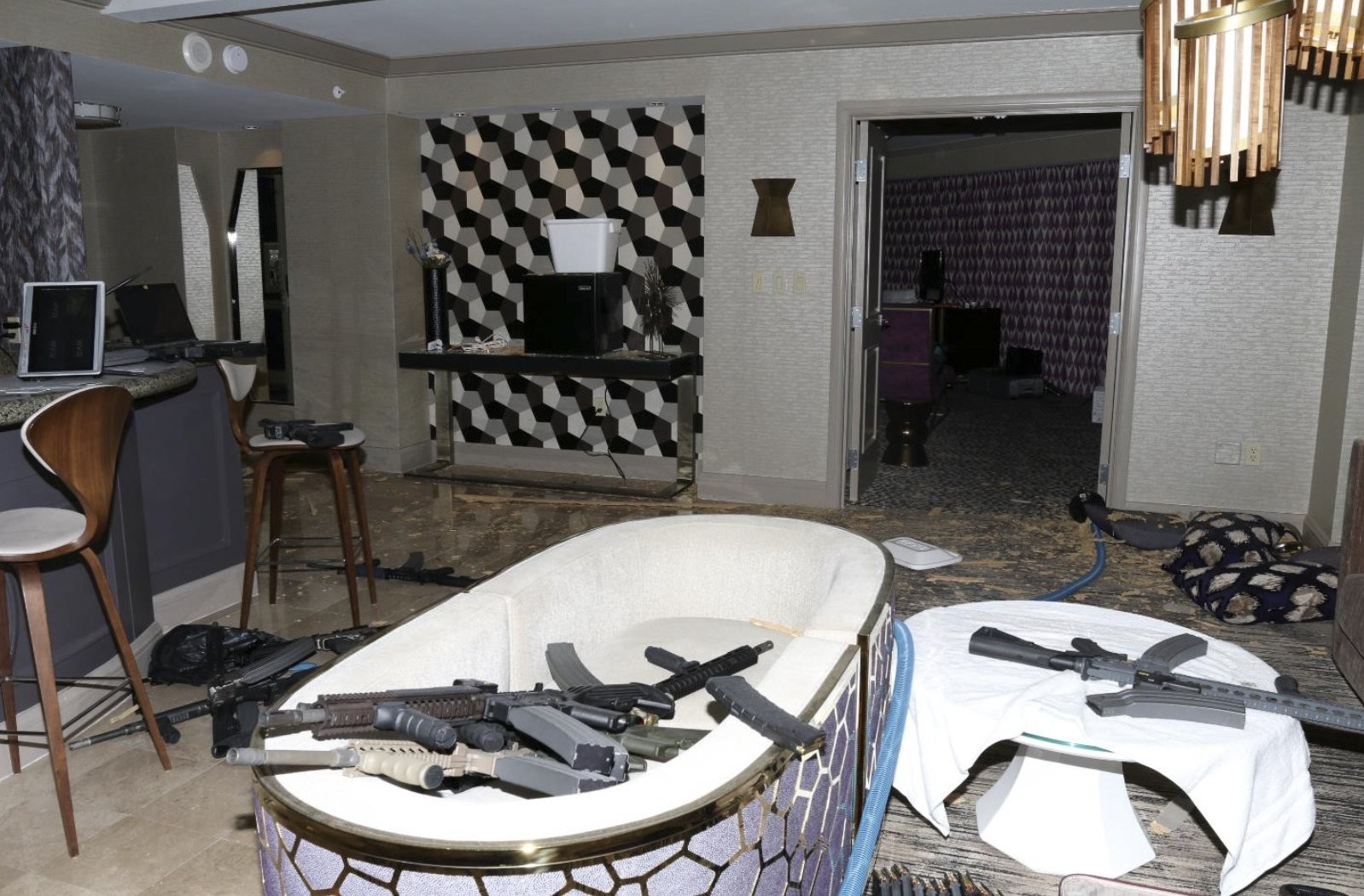 Stephen Paddock gambled large sums of money, kept child pornography on his computer and purchased more than 55 weapons in the year leading up to the largest mass shooting in modern American history.

On Friday, the Las Vegas Metropolitan Police Department released an 81-page report that revealed fresh insights into the behaviors and patterns of Paddock prior to the night he opened fire from his 32nd floor room at Mandalay Bay on Oct. 1, killing 58 people. In all, 871 people were injured, with 422 suffering gunshot wounds.

Clark County Sheriff Joe Lombardo — holding his first news conference since mid-October — said he hoped the report would help answer some lingering questions that have given extended life to a variety of conspiracy theories that included the rumor of the massacre being tied to Islamic State or terrorism.

“There was one shooter in the 1 October massacre,” Lombardo said. “There was only one person responsible — and that was Stephen Paddock.”

Lombardo said, however, the report would not be able to answer the big question — why Paddock opened fire on the crowd of 22,000 at the concert that night.

He also said that, despite recent revelations through search warrants and affidavits unsealed last week by a federal judge that showed Paddock’s girlfriend, Marilou Danley, was investigated heavily as a person of interest, the department wasn’t looking to bring any charges against her related to the crime.

The FBI is still investigating the case and did not return a request for comment. Danley’s lawyer did not immediately respond to an email seeking comment.

However, in a court hearing Tuesday, lawyers seeking to prevent the unsealing of search warrants in state court revealed that possible criminal charges could be filed related to the shooting within two months.

“As to any other people, the FBI has an ongoing case against an individual of federal interest,” Lombardo said.

Danley wasn’t in the country at the time of the shooting and had been cooperating with authorities. However, she had told authorities that her fingerprints would be found on ammunition, as she helped him load weapons on occasion. Her casino players card was found in Paddock’s room after the shooting.

In comments to investigators detailed in the report, Danley painted Paddock as growing “distant” to her over the previous year and said their relationship was no longer intimate. She also said she had noticed him behaving strangely during their stay at Mandalay Bay the month before the attack.

The report said she told investigators Paddock was constantly looking out the windows of the room, which overlooked the site where the Route 91 Harvest country music festival took place weeks later. She also told investigators he would move from window to window, as if studying the angles.

Lombardo said that because the shooting was unusual, he broke with typical protocol by choosing to release the preliminary investigative report. He said a final report would be released at a future date.

Four laptops were found in Paddock’s rooms, along with three cellphones. The report showed Paddock had searched other websites that he might have also been looking to target. Searches included Fenway Park in Boston, “summer concerts 2017” and “biggest open air concert venues in USA.” Another query found on a laptop asked: “How crowded does Santa Monica Beach get?”

One laptop included “several hundred images” of child pornography on the hard drive. After the shooting, Paddock’s brother, Bruce Paddock, was arrested in Los Angeles on suspicion of possessing child pornography.

Guns, however, were a significant component of Paddock’s life, according to the report.

In the 34 years prior to September 2016, Paddock had purchased 29 firearms. But in the following 11 months, he bought more than 55 firearms and more than 100 accessories, including scopes, cases, “bump stocks” and ammunition.

In the hotel room, police found 23 guns. Of those, a dozen had been fitted with a bump stock — a device used to simulate automatic firing that has been the subject of scrutiny by lawmakers in the wake of the shooting.

He fired more than 1,100 rounds from his room, and investigators found more than 4,000 rounds of unused ammunition. Authorities also found explosives and ammunition for AR-15 and AR-10 rifles.

While Lombardo said that Paddock’s motive for the shooting remained unknown, he stood by statements he made earlier that the gunman had lost large sums of money prior to the shooting.

“That may have been a driving factor,” Lombardo said.

Paddock was a heavy gambler, often betting thousands of dollars a hand at video poker — his game of choice. He earned complimentary rooms at several casino properties on the Las Vegas Strip and in Reno, where he also had a residence.

Paddock also refused anti-depressant prescriptions but did take prescribed drugs for anxiety. The doctor, according to the report, said Paddock appeared fearful of medications and often refused to take them. The report indicated Paddock was not abusing drugs.

Danley described Paddock to investigators as a “germaphobe,” and said he had strong reactions to smells. His ex-wife described him as intelligent and great with numbers, according to the report.

Lombardo said Las Vegas police had investigated 1,965 leads, reviewed 21,560 hours of video and obtained more than 251,000 images, including those acquired by the FBI. Investigators interviewed 43 people directly associated with Paddock, including family, gambling associates and acquaintances. The report also detailed 529 sightings of Paddock.

The last sighting came when police breached the door of his Mandalay Bay room and found him in a long-sleeve brown shirt, black pants, black gloves and gray shoes — dead.

He was on his back, arms at his sides and a rifle under his legs — surrounded by spent casings and a blood-spattered revolver by his head. Paddock left no suicide note. No manifesto.