Last year, some Vegas casinos did away with free parking. Now the prices are going up. 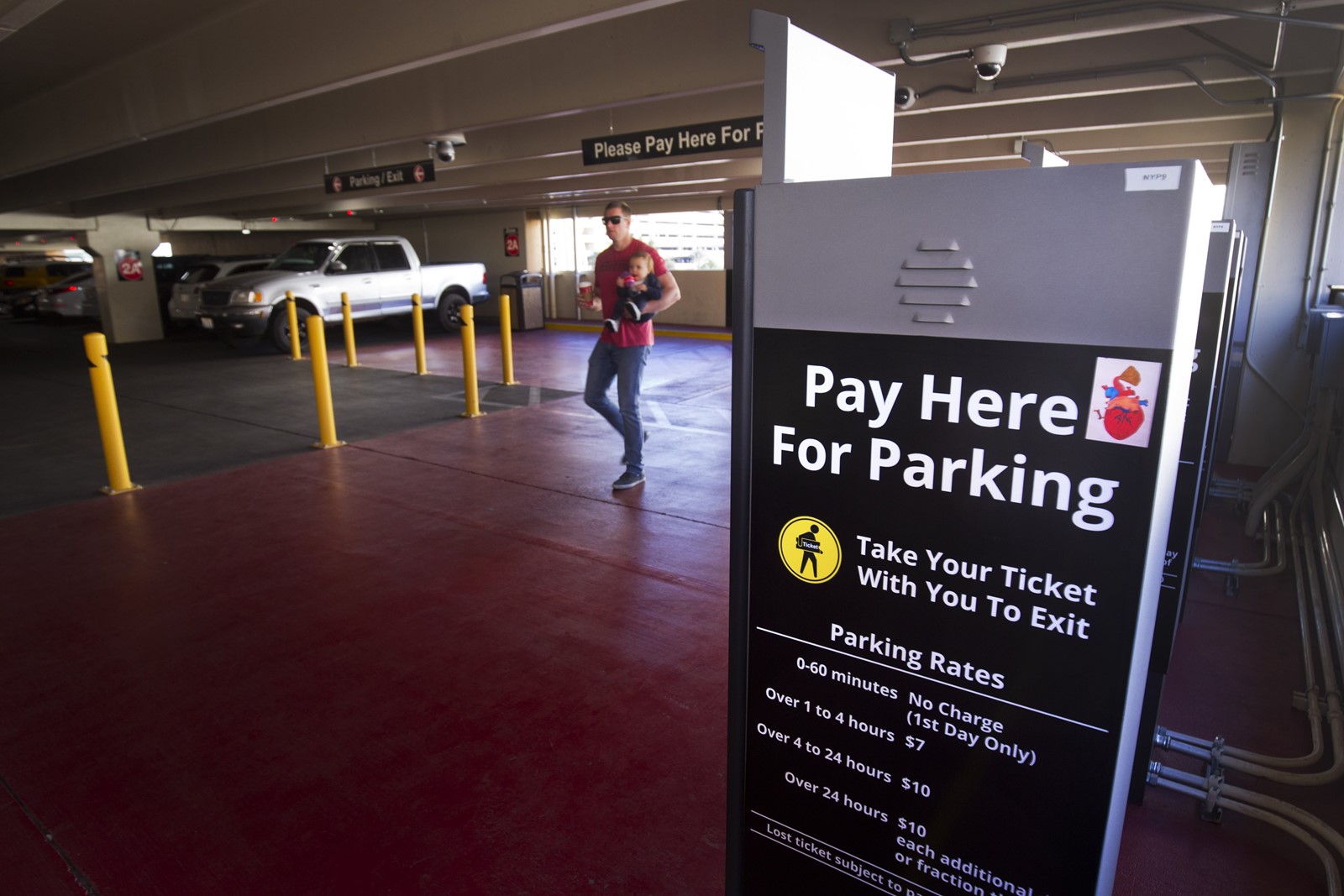 FREE PARKING is harder to find at popular Las Vegas casinos. The ones that do provide it, however, plan to advertise the fact. Some casinos continue to offer free parking to Las Vegas residents. (Steve Marcus Las Vegas Sun)
PREVIOUS IMAGE

The good old days of widespread free parking at casinos ended in 2016. Now, with some properties raising those initial fees beginning Wednesday, it’s enough to make visitors yearn for the halcyon days of last year when parking was just cheaper.

MGM Resorts International is again leading the charge — just as it did less than a year ago when it was the first to announce the elimination of free parking on most of its Las Vegas Strip properties. Others followed suit, leaving just a few holdouts offering free parking.

The removal of free parking was seen as yet another blow to the image Las Vegas had cultivated over decades: free booze, cheap food and low-cost rooms in exchange for big profits at the casino.

But since the evolution of the Strip in recent years emphasized high-end clubs, restaurants and live entertainment, and broadened the visitor profile to include non-gamblers, revenue sources have expanded as well — with parking fees being the latest and most controversial.

It’s a dizzying array of parking rate increases centered on a tiered time schedule and a casino’s location. Here’s the easiest one to remember: The first hour remains free at all MGM properties.

For self-parking at MGM Grand, Mandalay Bay, the Mirage, Delano and New York, New York, instead of getting up to four subsequent hours at $7, only the first two will be charged at that rate. Stay two hours longer, the fee jumps to a $10 flat rate. Beyond that, the flat rate climbs an extra two bucks to $12.

Prices for self-parking are also jumping at Aria, Bellagio and Vdara under the same tiered system. Those rates are now $7, $12 and then $15.

Valet parking prices are up as well.

It had been $13 and $18 at eight of the properties including MGM Grand, but they now range between $15 and $25. The top rates are again at Aria, Bellagio and Vdara.

Monte Carlo, Excalibur and Luxor remain the cheapest MGM properties charging for parking, beginning at $5 and capping at $10 for a full day.

Among the casinos on the Las Vegas Strip still allowing free self-parking are the Cosmopolitan, Stratosphere, Wynn, Treasure Island, Venetian and Palazzo.

Circus Circus, owned by MGM Resorts, will continue to offer free unlimited self-parking but is charging for valet parking.

Yvette Monet, spokeswoman for MGM International, said the increase was “based on market analyses we have conducted since we implemented the program.”

Treasure Island is so adamant about not charging for parking, a spokeswoman said, that the casino is in the process of adding free parking to its advertising campaigns. Both the Venetian and Palazzo — owned by Las Vegas Sands Corp. — also said they didn’t have plans to charge for parking.

The Cosmopolitan will begin charging for parking on May 16.

Caesars Entertainment, which owns seven properties on the Strip, recently began charging at the Linq, Bally’s, Paris, Flamingo and Caesars Palace. Next week, it will add the Cromwell and Harrah’s to the pay-to-park list.

Unlike MGM, however, Caesars properties continue to offer free parking for locals. MGM eliminated that perk at the end of last year.

Also, most of the properties offer a membership program that allows customers to avoid parking fees by attaining status levels based on points earned at the casinos. MGM, for example, offers its guests free parking if they apply for a branded MasterCard.

Anthony Lucas, professor of casino management at the University of Nevada, Las Vegas, said the parking fee hike was probably already built in as a strategy to avoid hitting people too hard with the initial introduction of it last year.

“I would say it’s a scheduled rate hike,” Lucas said. “We’ll roll it out cheap and raise it in a year. They map out the cash flows year to year to year until they get to where they want to be. Or at least monitor to see how it’s going.”

But the increase comes on the heels of two other price hikes for visitors to Las Vegas.

Last month, resort fees went up at some properties by as much as $3, and a room tax increase of .088% approved by the Nevada Legislature also kicked in to help fund a new stadium for the soon-to-be Las Vegas Raiders.

The parking fees on the Strip have given places like downtown and other off-Strip properties a marketing wedge issue to work with, however.

David Strow, spokesman for Boyd Gaming, said it was using a “Don’t Get Stripped” marketing campaign to try and siphon customers to places like Main Street Station and the California Hotel and Casino — along with off-Strip properties such as the Orleans.

Parking at the Orleans is free, and the two downtown properties offer validated parking when customers either gamble, stay or dine at the casinos.