‘Donate’ state taxes? Let’s give this nutty plan a try 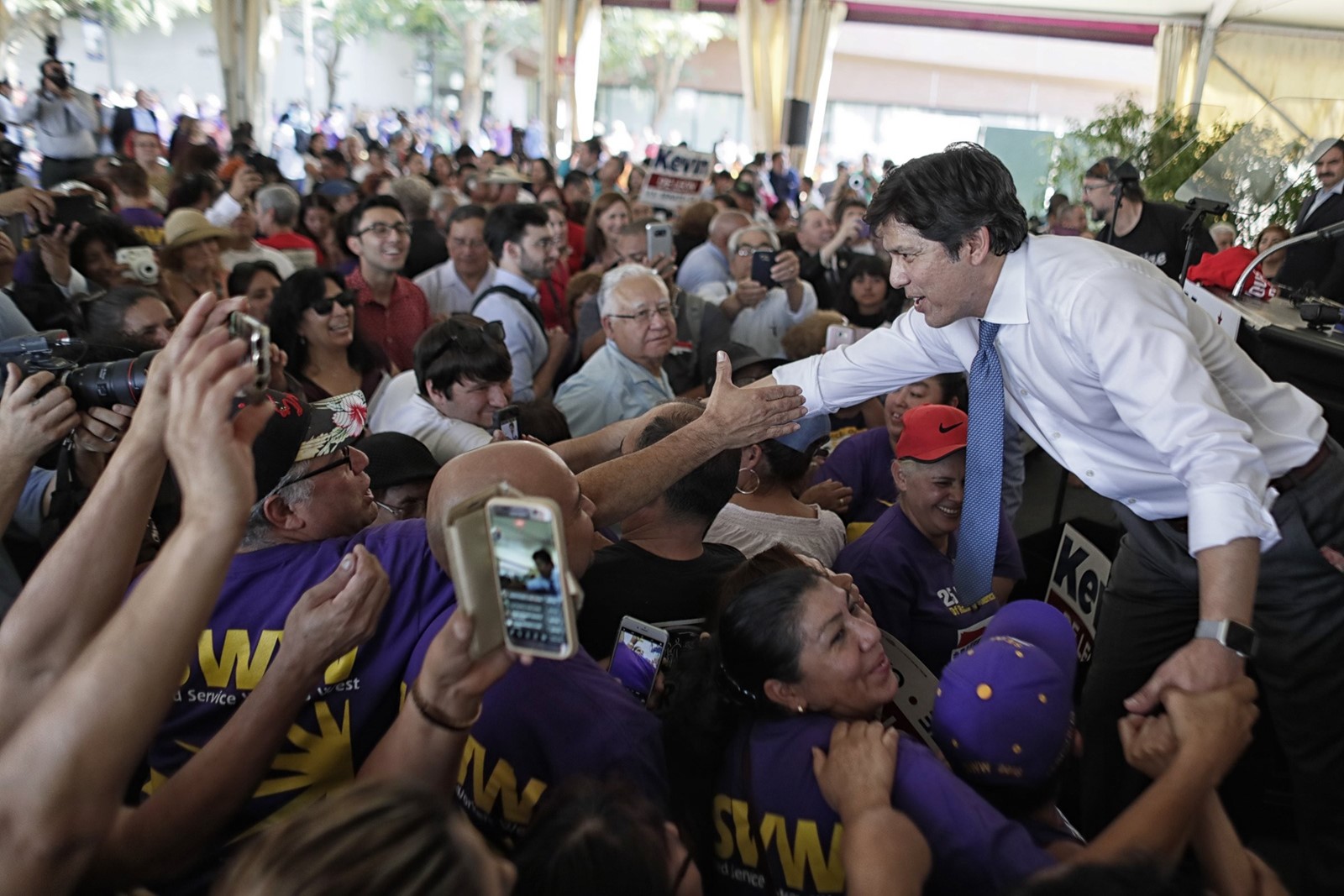 Even for California government, this seems nutty: calling a state income tax payment a “charitable contribution” so it can be deducted on a federal tax return.

I recently wrote that the idea was cockamamie. Then last week, it was actually introduced as legislation by state Senate leader Kevin de León (D-Los Angeles).

On second thought, maybe the concept isn’t so screwy. And even if it is, given the pugnacious, polarized time we’re caught in, it’s probably a justifiable tax dodge in an effort to defend millions of California taxpayers from President Trump and the Republican Congress.

It fits snugly with the current shoot-first, ask-questions-later political climate.

Under the new GOP tax law, 6.1 million Californians who itemize their federal income taxes stand to lose an average of $8,438 in state and local tax deductions. That’s because the law caps state and local tax deductions — mainly on income and property — at $10,000 total. The average California deduction was $18,438 in 2015, the latest year with complete data, according to the Government Finance Officers Assn.

California government would treat the so-called contribution as a state income tax payment. There’d be a 100% state tax credit for the “donation.” All the money would flow into the general fund for regular government programs. And the taxpayer could soften the federal tax bite by exceeding the deductions cap.

At least that’s the theory. Trump and Congress probably would have a different idea: Forget it. The IRS could quash it, or Republican lawmakers could amend the law.

UCLA law professor Kirk Stark has studied this concept for years and notes “it’s not a new thing. Many states have charitable tax credits.” Even California does. But no state has anything approaching the scale that De León proposes.

In all, 21 states offer tax credits for donations to specific causes. Popular in some Southern red states are generous credits for funding private school vouchers.

In California, there’s a program — created by a De León bill in 2014 — that offers a 50% tax credit for donations to the Cal Grant college scholarship fund. There’s also a program that allows a private property owner to grant an easement to a land conservancy and receive a 55% tax credit. Several states offer that.

All that’s OK with the IRS. But concocting a scheme so millions of Californians can deduct untold additional thousands of dollars on their federal returns would undoubtedly rattle the IRS and Trump.

But the president would need to use a scalpel targeted at California and other blue states trying to evade federal taxes, rather than taking a meat cleaver to every tax credit. Trump presumably wouldn’t want to anger loyal red states that use tax credits to fund pet conservative causes.

But, I asked him, is his bill really good tax policy?

“What is not good tax policy,” he replied, “is what happened in Congress. It’s the worst tax policy in the history of this country. Perhaps the world.”

Actually, California’s current tax policy is pretty rotten — literally rotted out from decay — and the Legislature should be focused on rebuilding it. But very few are interested. It’s too tough politically.

As I’ve often written, the state tax system leans too heavily on high-end income taxes and ignores California’s growing service economy. There’s virtually no sales tax on services. The result is a highly volatile system that produces gushes of revenue in good times but slows to a trickle when the economy’s bad. It’s periodically boom or bust for the state budget.

What’s needed is to lower income and sales tax rates and make up the lost revenue by extending the sales tax to services.

Sen. Bob Hertzberg (D-Van Nuys) is drafting a bill to do some of that. It would extend the sales tax to services used by businesses, but not by individuals. He’d also lower middle-class income taxes.

“Under Trump’s plan, the business tax is going down,” Hertzberg says. “So add a little extra state cost. It would still be deductible.”

Would Gov. Jerry Brown sign it? He hasn’t said. It’s not the kind of gimmicky stunt Brown would ordinarily sanction these days. But given that it’s a dagger at Trump and Republicans, and is drawing national attention, he just might.

It doesn’t pass the smell test. But hardly anything political does these days. And it could save California taxpayers money. So open the windows and go for it.