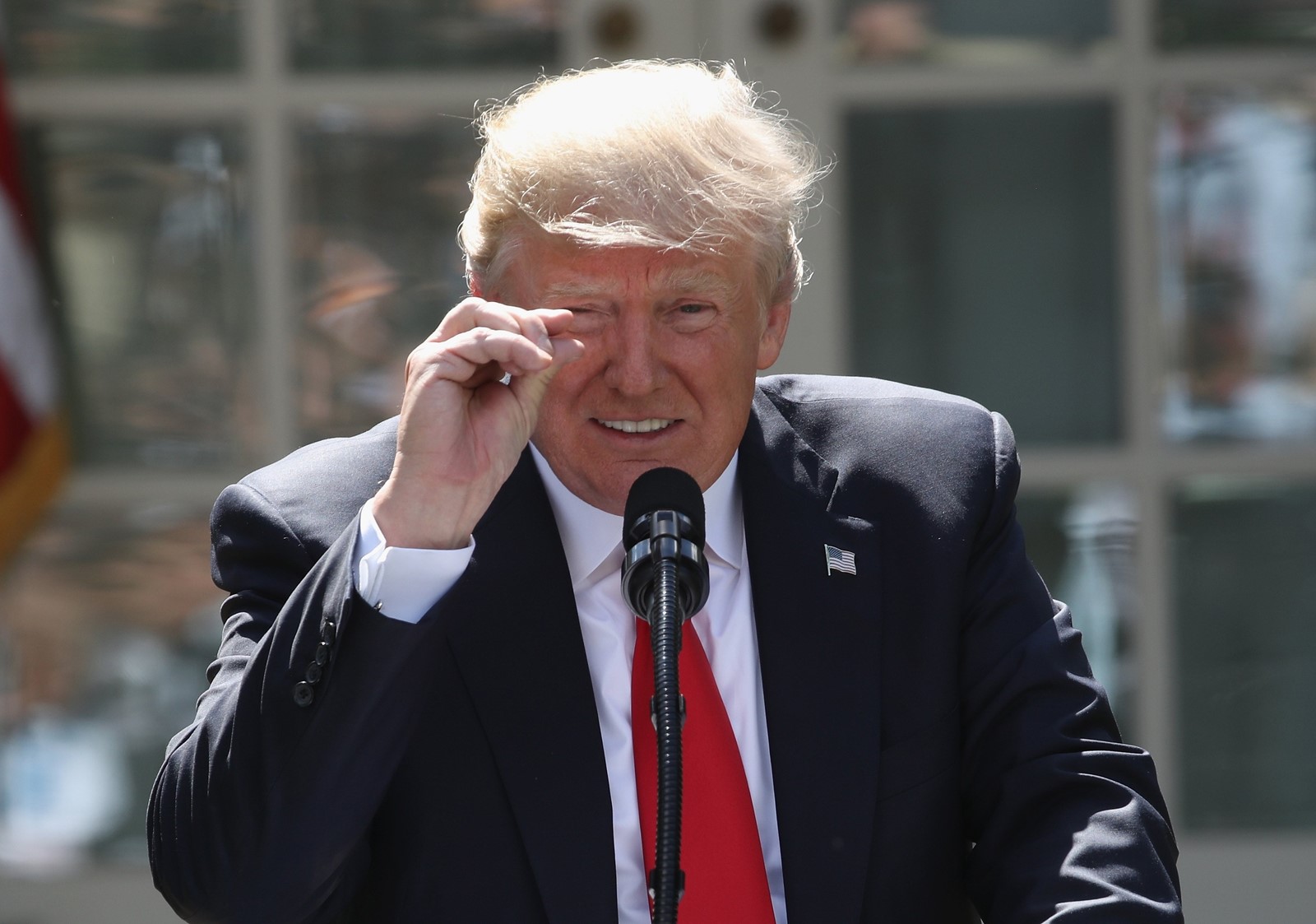 President Trump’s decision to withdraw from the historic Paris climate accord is the most concrete sign yet that his “America first” approach to foreign policy has begun to disrupt the global order and ultimately could cede Washington’s dominant role on the world stage to China.

For arguably the first time since Washington built a web of military, trade and diplomatic alliances from the ruins of World War II, and assumed sole superpower status after the Cold War, a president has thumbed his nose at virtually the entire world — allies and adversaries alike — to follow a go-it-alone strategy in international affairs.

Trump’s recent overseas trip left bruised feelings in Europe, especially after he failed to acknowledge the portion of the NATO charter that declares an attack on one member is an attack on all. It appeared a startling repudiation of staunch allies that invoked the charter to back U.S. troops in Afghanistan after the 2001 terrorist attacks.

But his retreat on climate change — even if the commitments in the 194-nation Paris accord were voluntary and the U.S. already has cut emissions significantly thanks to shale gas technology and more efficient cars — clearly marks a new chapter in U.S. foreign policy, one likely to ripple around the world.

It could affect the U.S. ability to enter into other international agreements, from trade to security, for example, since previous U.S. administrations were deeply involved in negotiating the Paris accord — and the United States is the world’s second-largest carbon emitter after China.

It already has sparked a backlash in Europe, where Germany’s public international broadcaster, Deutche Welle, warned that Trump’s unreliability is pushing Europe to “pivot to Asia,” especially China.

Trump’s unpopularity is so widespread in Germany that both Chancellor Angela Merkel and her challenger Martin Schultz have used him as a punching bag in campaign rallies ahead of September elections.

“We are looking at a real weakening of the leadership and credibility of the United States in the world,” said R. Nicholas Burns, former U.S. ambassador to NATO under President George W. Bush, one of a chorus of critics frustrated by Trump’s decision.

China, Russia, India and other countries “will move in short order to assume our spot at the head of the climate diplomacy table,” Cardin said.

Secretary of State Rex Tillerson, who had pressed Trump to remain in the climate deal, sought Friday to downplay the impact of the decision — without quite defending it.

“I think it’s important that everyone recognize the United States has a terrific record on reducing our own greenhouse gas emissions,” Tillerson, former chief executive of energy giant Exxon Mobil, said at the State Department.

“I don’t think we’re going to change our ongoing efforts to reduce those emissions in the future either, so hopefully people can keep it in perspective,” he added.

His predecessor, John F. Kerry, who saw the Paris deal through under President Obama, was less diplomatic. He said Trump falsely characterized what the accord required, what it would achieve and who would benefit from it during his announcement Thursday.

This is hardly the first White House to disagree with allies. In the 1970s, President Nixon’s envoys threw their weight around over a strong U.S. dollar at a time when some European currencies were weak.

Then-Secretary of State Colin Powell later acknowledged that it was “sobering” to see how the decision crippled other U.S. diplomatic efforts.

Steve Herz, international policy advisor for the Sierra Club, an environmental group that strongly supported the climate deal, predicted that the diplomatic backlash this time “will be much worse.”

“By abandoning the global effort to contain the climate crisis, the Trump administration is severely undermining its ability to achieve any of its other diplomatic priorities,” Herz said Wednesday.

Trump’s decision came on the heels of a nine-day foreign trip that saw him embrace autocrats in the Middle East and lecture allies in the North Atlantic Treaty Organization, the 28-member military alliance that has helped keep the peace in Europe for seven decades.

To be sure, several of Trump’s predecessors, including Obama, had demanded that NATO members boost military budgets. Only five nations meet the alliance goal of spending at least 2% of their gross domestic product on defense.

But diplomats say the dynamics seem different now. Trump’s repeated criticism of NATO, his praise for Russian President Vladimir Putin and now his withdrawal from the landmark climate accord has unnerved many on the continent.

Trump “has revolutionized our ideas of what the U.S. stands for,” wrote Martin Wolf, chief economics columnist at Britain’s Financial Times. “We live in the world the U.S. made. Now it is unmaking it. We cannot ignore that grim reality.”

The White House and some Republicans argued Friday that leaving the Paris accord would help the U.S. economy and not hurt the environment.

Environmental groups note that the withdrawal will take four years to implement, and that a future U.S. administration could decide to rejoin the pact.

For now, other countries are pushing ahead with ambitious projects to meet their Paris commitments.

India has announced a plan to end the sale of cars with internal combustion engines by 2030. China has committed to spending more than $360 billion on renewable energy sources, such as wind and solar power, through 2020.

China was already widely seen as the chief beneficiary of Trump’s decision to reject the proposed Trans Pacific Partnership. The 12-nation trade deal, negotiated by the Obama administration, was intended in part to help contain China’s growing economic and military clout.

In Brussels on Friday, a long-planned meeting between Chinese Premier Li Keqiang and European Union officials became an extended gripe about Trump’s decision. In a statement, the 28 nations in the EU and China said they remained committed to full implementation of the Paris accord.

The joint statement commits to cutting back on fossil fuels, developing more green technology and helping raise $100 billion a year by 2020 to help poorer countries cut their carbon emissions.

“To everyone for whom the future of our planet is important, I say let’s continue going down this path so we’re successful for our Mother Earth,” Merkel said.

In Paris, newly elected French President Emmanuel Macron alluded to Trump’s campaign slogan and, in a rare uttering of English in public, said it was time to “make the planet great again.”