The ruling requires billionaire landowner to open gate to area near Half Moon Bay. 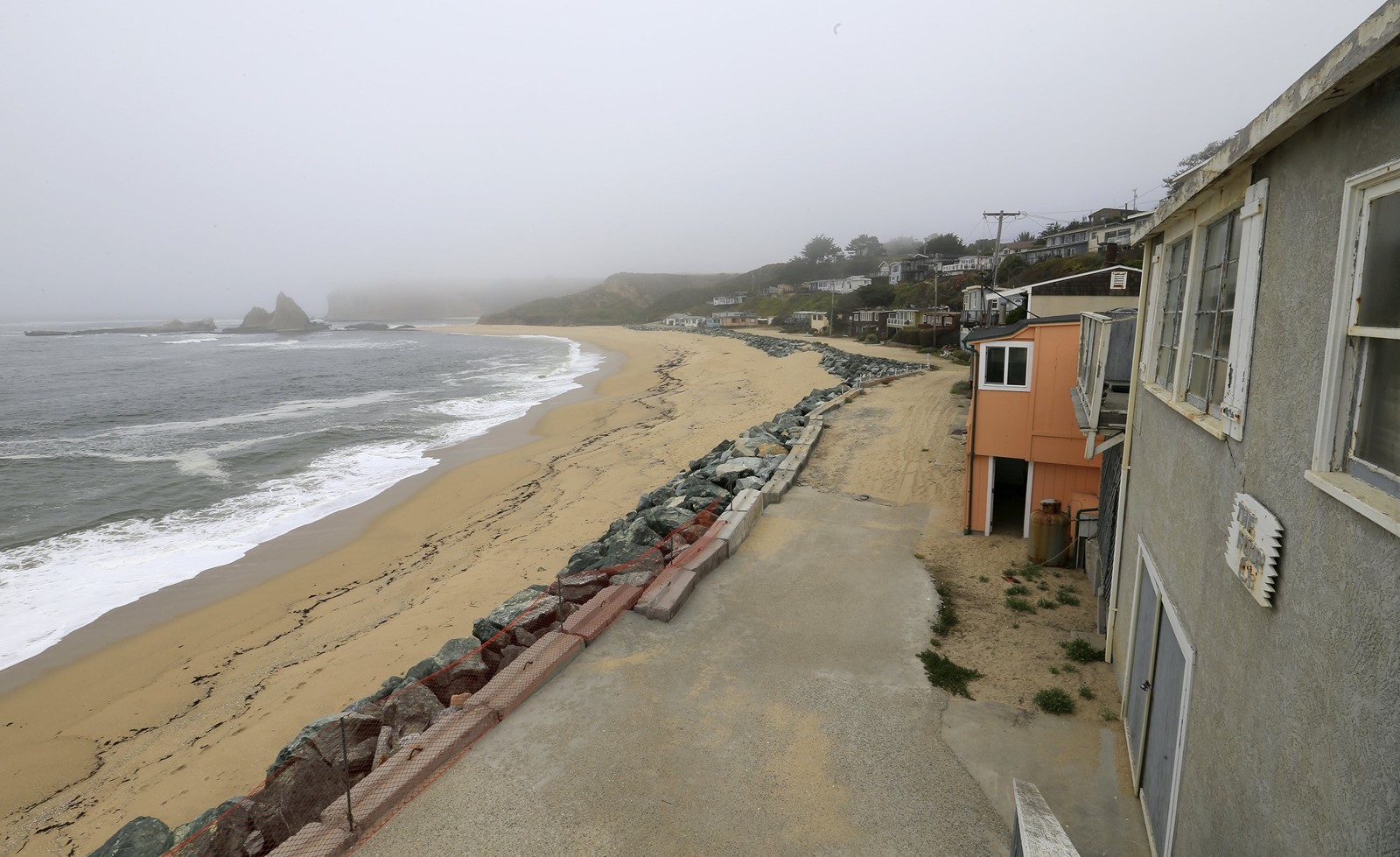 COTTAGES overlook Martins Beach, where billionaire Vinod Khosla has blocked the only road to the sand. An appeals panel upheld a lower court’s order that Khosla unlock the gate to the road, but he is expected to take the fight over public beach entry to higher courts. (Allen J. Schaben Los Angeles Times)
PREVIOUS IMAGE

The campaign to maintain public access to Martins Beach has notched a victory, with a state appeals court upholding an order that required a wealthy landowner to stop blocking the only road to the sand.

The ruling, filed Wednesday, doesn’t settle the tangle of litigation over public entry to the sweeping crescent south of Half Moon Bay.

But it does affirm a lower court decision that billionaire Vinod Khosla has to unlock the gate to Martins Beach Road while the legal fight continues.

Khosla, a co-founder of the pioneering tech company Sun Microsystems, bought about 89 acres of coastal land next to the beach in 2008.

Two years later he posted “do not enter” signs, hired security and shut the gate to the beach road that the property’s previous owners had let ocean lovers use for almost a century.

A panel of the state 1st District Court of Appeal did not rule on whether the public has a right to Martins Beach access, saying that issue would be determined in a separate case.

But in its 3-0 decision, the panel did reject the argument by Khosla’s attorneys that the lower court’s order had amounted to an unconstitutional taking.

In the lawsuit filed by the Surfrider Foundation, the San Mateo County Superior Court had said Khosla must apply to the California Coastal Commission for a development permit before closing the road. The court also issued an injunction requiring Khosla to maintain the same level of public access that existed when he bought the property.

The appeals panel affirmed both provisions.

“In the present case, the claimed taking is not an interpretation of property law. It is an injunction designed to enforce the permit requirements of the Coastal Act,” the panel said.

“There is a still a long road ahead, but we are encouraged by this decision,” Jack Ainsworth, the Coastal Commission’s executive director, said in a statement.

“We are hopeful that the day will come when the locks are cut off the gates and public can once again walk across the sand at Martins Beach and go for a swim,” he said.

In a statement, Surfrider’s attorneys said they expected Khosla to take the case all the way to the U.S. Supreme Court.