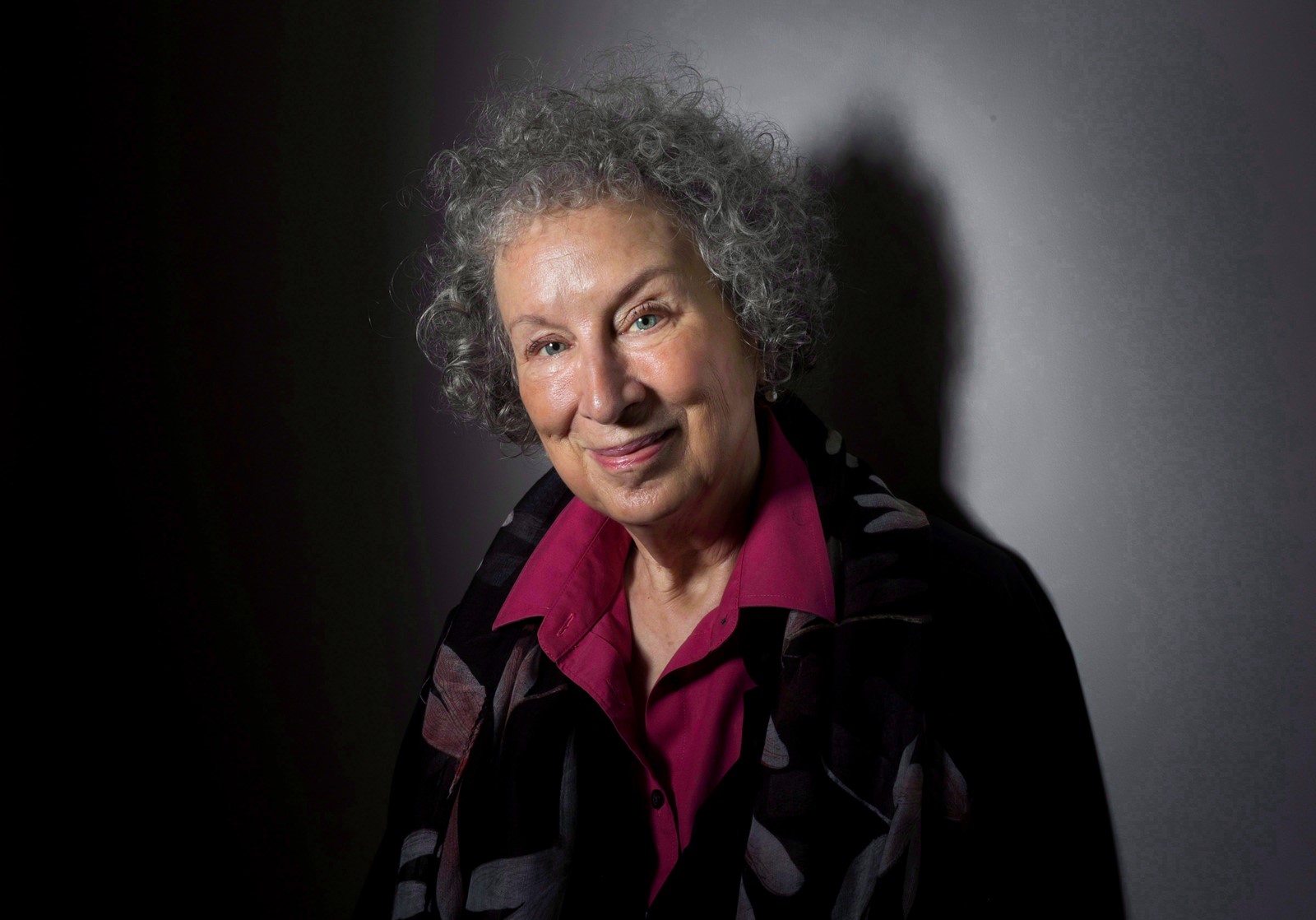 Yes, it’s all quite surprising but not, I suppose, when you consider the backgrounds. MGM and Hulu started making this television series really well over a year ago, and they started shooting in September, before the election. So that caused some resurgence of interest — the mere fact that they were doing it.

And then of course the election happened, and the cast woke up in the morning and thought, We’re no longer making fiction — we’re making a documentary. I think that is one reason for the resurgence of interest.

Obviously I don’t think we’re going to get the outfits [the red robes and white bonnets women must wear in the book] but the rollback in rights that women have thought they could take for granted is frightening to many people.

Well, I’d like to see what those traditional values are. Do they include lots of orphanages? Because of course if you decide that women should have babies because the state wants more babies, then you either have to provide lots of orphanages, or you have to pay them [to support the babies]. Otherwise you’re going to get [dictator Nicolae] Ceausescu in Romania, who decreed that women had to have four children, and gave them pregnancy tests every month. And if you didn’t get pregnant, you had to account for why not. And that filled the orphanages up pretty quickly because the women could not afford to support four children.

I think so. I think the earlier generation — although some people took it [the book] seriously, they saw it more in the realm of fantasy, like this could never happen here. In England, it was a jolly good yarn. In Canada, it was, could it happen here? And in the United States, some people said, how much time have we got? But other people said, surely we’re beyond that and it’s not going to happen here, and we will never have a dictatorship because we’re a democracy. And I don’t think anybody should ever feel secure about that one, either.

They did. And you have a picture of them sitting there very quietly surrounded by men with guns. It could be a still out of the television series.

I’ve gotten lots of hate mail over the years. I’ll probably get more once the television series comes out. But I’m not advocating for one thing or the other. I’m saying that what kind of laws you pass — those laws will have certain kinds of results. So you should think carefully about whether you want to have those results or not.