Florida (only) exempt from offshore plan 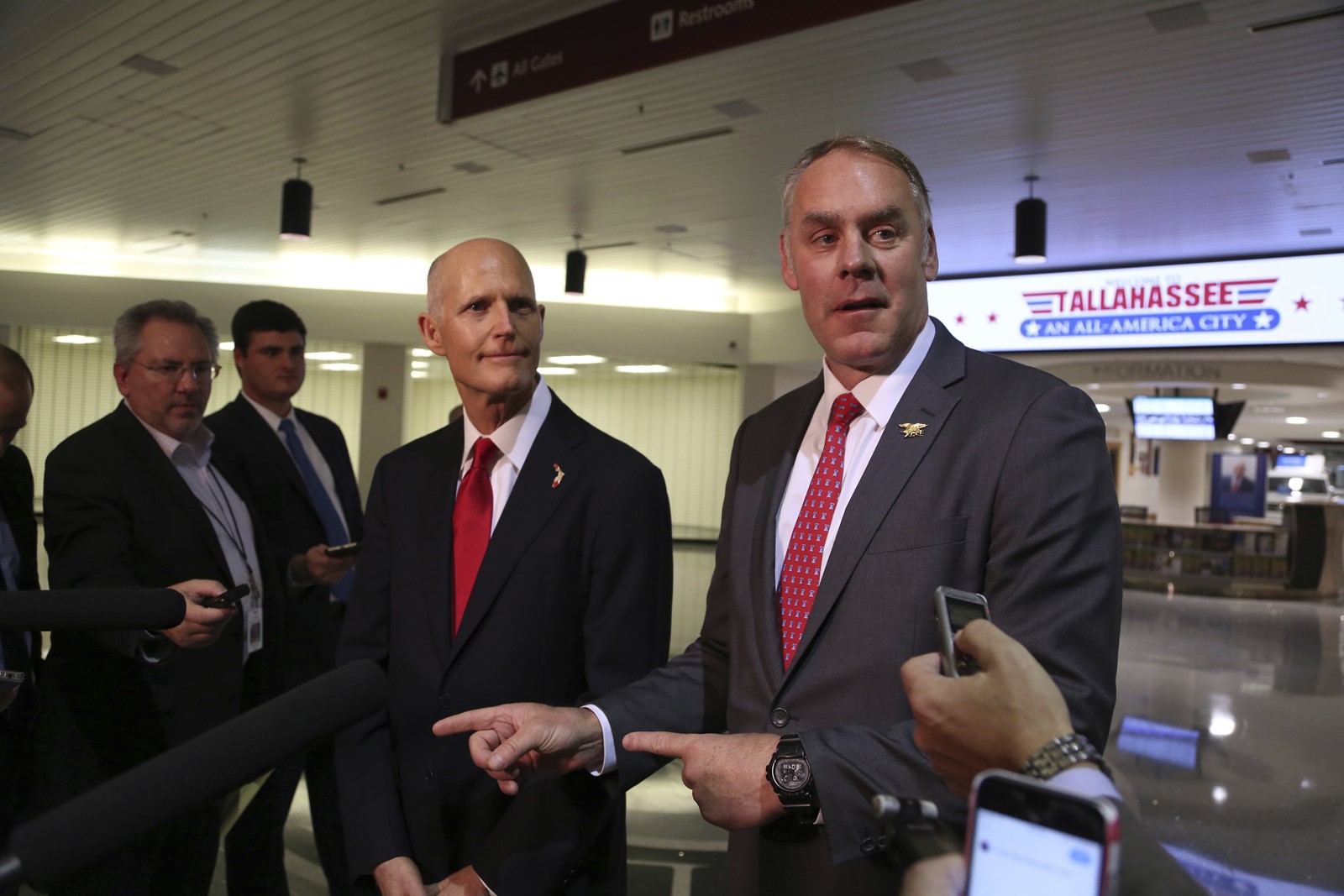 The administration’s move comes after a bipartisan backlash from politicians on both coasts after it announced plans last week to consider allowing new leases off most of the U.S. coastline to explore offshore oil and natural gas reserves.

“We are not drilling off the coast of Florida,” Zinke said at a hastily called news conference at the Tallahassee airport after meeting with Republican Florida Gov. Rick Scott, who opposed the new drilling.

“President Trump has directed me to rebuild our offshore oil and gas program in a manner that supports our national energy policy and also takes into consideration the local and state voice,” Zinke said in a statement. “I support the governor’s position that Florida is unique and its coasts are heavily reliant on tourism as an economic driver.”

But Zinke’s announcement instantly drew criticism from Democratic officials who also oppose drilling off their states’ coasts, saying they oppose drilling for the same reasons Florida’s governor does.

“California is also ‘unique’ & our ‘coasts are heavily reliant on tourism as an economic driver,’ ” California Atty. Gen. Xavier Becerra said on Twitter. “Our ‘local and state voice’ is firmly opposed to any and all offshore drilling. If that’s your standard, we, too, should be removed from your list. Immediately.”

“Secretary Zinke must also abandon his efforts to drill along California’s beautiful coastline,” Sen. Kamala Harris (D-Calif.) tweeted. “Protection of our ocean shouldn’t depend on the D, R, or I after the governor’s name.”

In New York, Democratic Gov. Andrew Cuomo also tweeted a protest. “New York doesn’t want drilling off our coast either,” he said. “Where do we sign up for a waiver @SecretaryZinke?”

Florida’s elected officials from both parties, including Democratic Sen. Bill Nelson, whom Scott is expected to challenge this year, and GOP Sen. Marco Rubio, had also expressed opposition to the offshore drilling plan.

“Suddenly Secretary Zinke announces plans to drill off Florida’s coast and four days later agrees to ‘take Florida off the table?’ I don’t believe it,” Nelson said in a statement.

Under the Trump administration’s original plan released for comment last week, the federal government would offer 47 leases in U.S. waters on the outer continental shelf, including two each off the Northern, Central and Southern California coasts, and one off Washington and Oregon.

There already are 23 oil platforms in federal waters off California and four in state waters — near Santa Barbara County, Huntington Beach and Seal Beach. There are also four artificial islands used as drilling platforms off Long Beach and one off Rincon Beach in Ventura County.

But images of oil-drenched seabirds and fouled beaches during the massive 1969 Santa Barbara oil spill soured the state on offshore oil development. There have been no new federal leases off California since 1984.

Oil drilling has likewise been a sensitive issue in Florida, with its miles of coastline, especially since the BP oil spill in the Gulf of Mexico after the Deepwater Horizon explosion in 2010, which ravaged Louisiana’s coast and left gooey tarballs on Florida Panhandle beaches.

Then-Gov. Charlie Crist, a Democrat who is now a congressman, called a special session to ban oil drilling, but Florida lawmakers balked at the proposal.

As a candidate in 2010, Scott supported oil and gas drilling off Florida’s shores as a way to reduce oil dependency and gas prices.

Despite the partial rollback of the plan, Zinke said the administration was still dedicated to aggressively seeking energy resources throughout the country.

“I don’t want your kids ever to fight on foreign shores for a resource we have here,” he said. “But there’s places where resources are sensitive, and there’s places where we’re not going to go forward with [drilling for oil], and one of them is off the coast of Florida.”

Scott was not the only Florida Republican criticizing the proposal last week, with U.S. Rep. Vern Buchanan calling it “reckless, misguided and potentially catastrophic to Florida.”

“Allowing us to explore our offshore energy will boost our state economy and spur investment — all while safely coexisting with our agriculture, tourism and fishing industries as well as U.S. military operations,” Executive Director David Mica said in a statement.