A U-turn on traffic tickets? 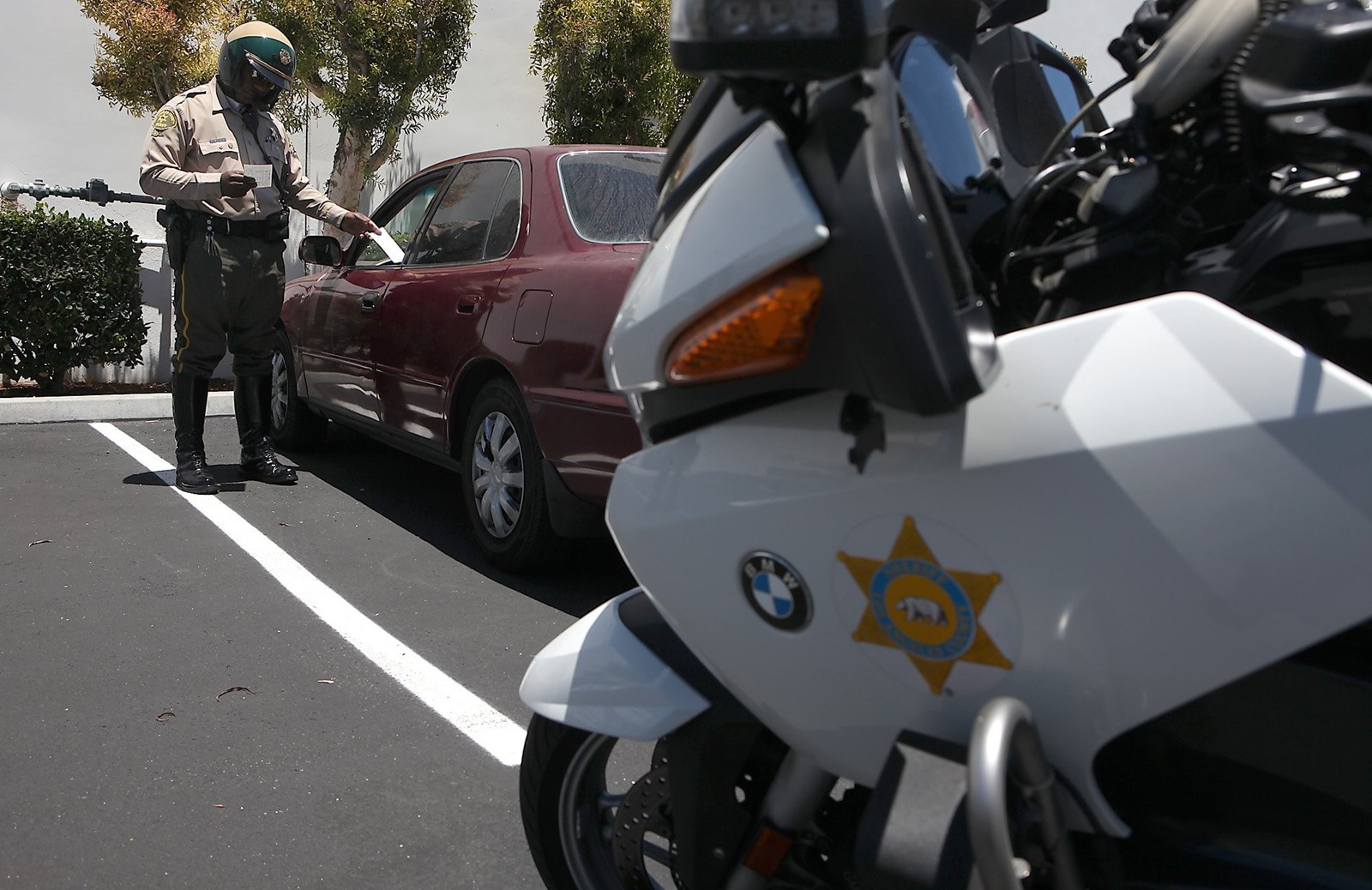 THE PLAN by court leaders would make traffic violations civil offenses, protecting drivers from possible arrest and huge fines for failing to show up on the date written on a ticket. Above, an L.A. County sheriff’s deputy gives a speeding motorist a warning in 2012. (Brian van der Brug Los Angeles Times) 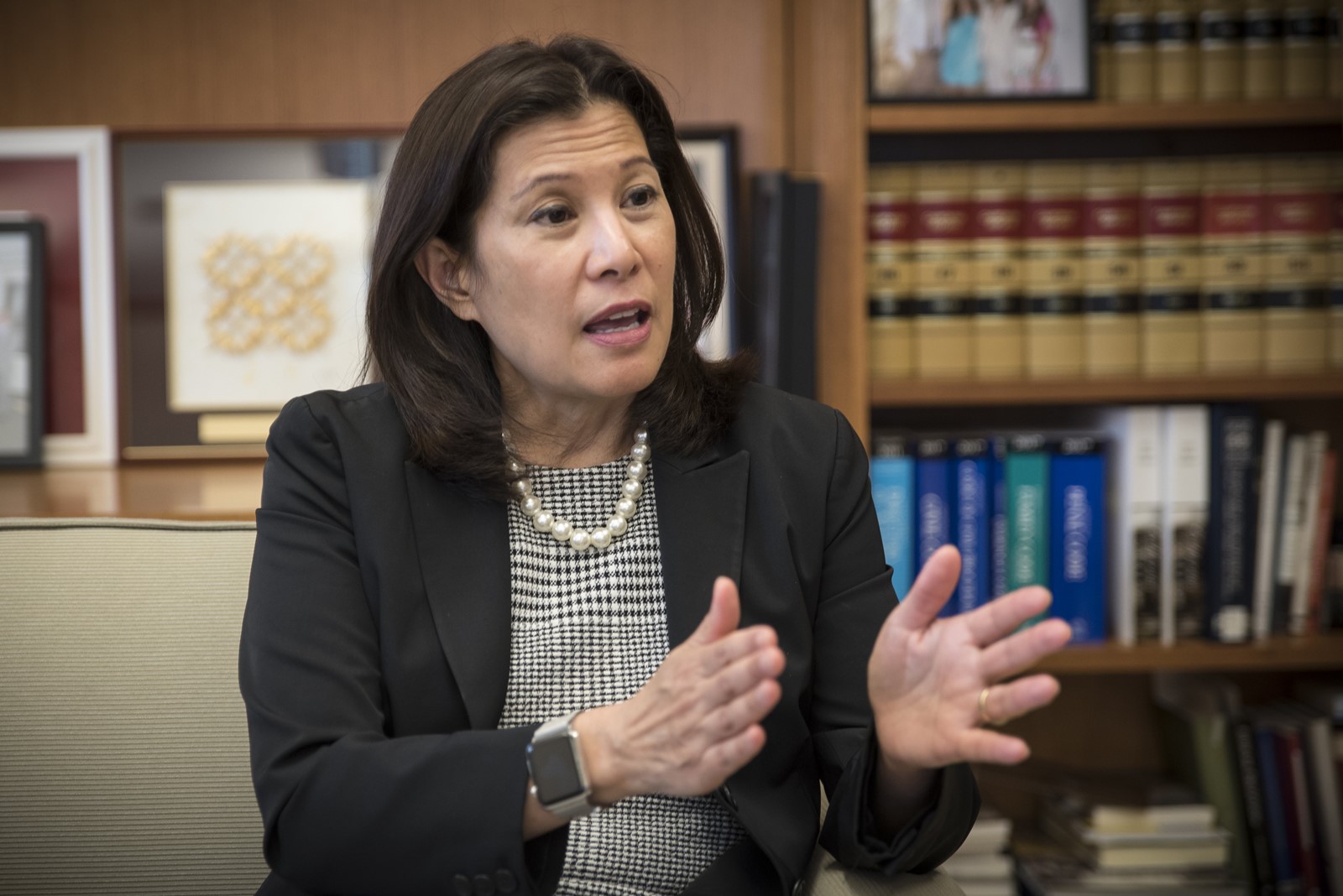 CALIFORNIA Chief Justice Tani Cantil-Sakauye strongly backs the proposal, which she said would be “reasonable and fair.” (David Butow For The Times)
PREVIOUS IMAGE

California’s court leaders plan to send the Legislature a proposal to make traffic violations civil offenses, removing them from the criminal arena.

The plan would protect drivers from possible arrest and massive fines for failing to show up on the date written on a ticket.

The proposal, strongly backed by California Chief Justice Tani Cantil-Sakauye, is in the drafting stage. Court leaders hope to work with the Legislature next year to adopt a final plan.

Cantil-Sakauye said the intention is to have minor traffic citations “decided in civil court, so the penalties, the consequences, and maybe the emotions, won’t run so high.”

“It will be reasonable and fair, and we can look to making sure it’s not unduly burdensome on the poor,” the chief justice said at a meeting of court leaders.

More than 4 million traffic tickets are given in California each year, and more than 70% of the state’s criminal cases involve those citations.

Ventura County Superior Court Judge Mark S. Borrell, who worked on the proposal, said the hope is to give courts and users more flexibility.

“We can make the system more in line with people’s expectations and less procedurally frustrating,” the judge said.

California’s proposal would largely end the criminal rules now used in traffic court and reduce the burden of proof. A person would have to pay the ticket if the evidence showed he or she “more likely than not” committed the traffic infraction. Current rules require the evidence to show guilt “beyond a reasonable doubt.”

All tickets that are infractions would no longer be considered criminal offenses.

These include running a stop sign, making an unsafe lane change, speeding up to 15 mph above the speed limit and driving without a working taillight.

Tickets for offenses that are misdemeanors would continue to be handled in the criminal system. These include citations for driving under the influence and knowingly driving with a suspended license for a DUI conviction.

Just as in a civil case, the judge decides the matter without the defendant. A so-called default judgment is entered. That means if the driver is found guilty, he or she will have to pay the fine that the original citation carried.

If the driver has a good excuse for not appearing, a judge might let him or her return at a different date.

Drivers also would be able to contest tickets in writing without ever having to appear. But if they lose, they would not get a second trial before a judge. They still would have the right to appeal.

Not paying a ticket could still result in more fines and a suspension of a person’s license to drive.

Moving minor traffic infractions into a civil arena would not affect how a court collects fines that have already been imposed.

Judges would continue to have discretion to issue fines above the amount on an unpaid ticket and take into consideration a person’s ability to pay when deciding whether to reduce fines.

But a person would no longer face loss of a driver’s license or a $300 additional assessment for failing to appear on the date on the ticket.

The criminal court rules in place can be difficult to understand for people who did not go to law school. Most people who go to traffic court do not have lawyers.