Pediatricians evaluate how much smartphone, tablet and television use is healthful — mentally and physically — for babies and beyond 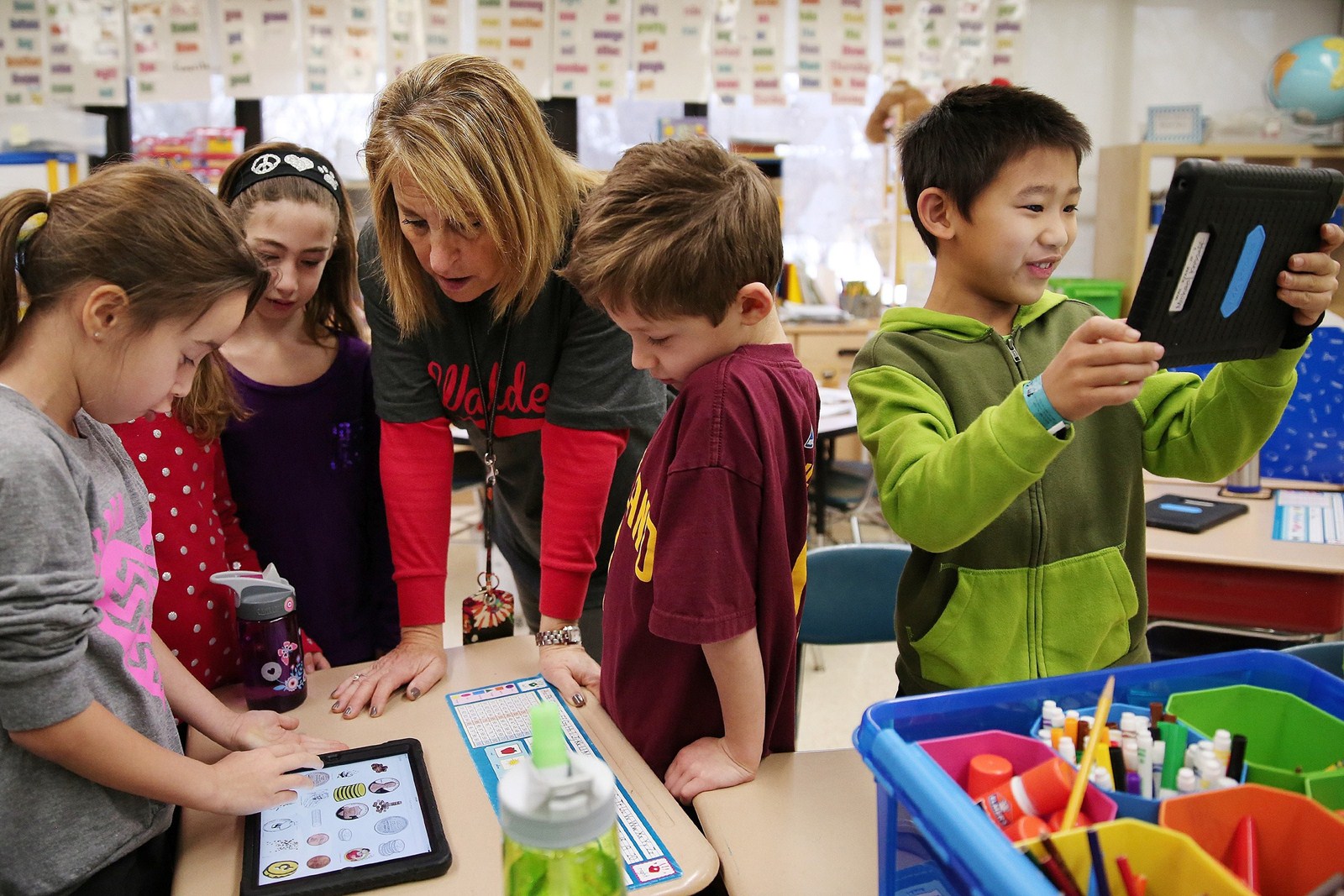 If you have kids or teenagers at home, chances are you have a complicated relationship with screens.

On one hand, you know that capturing monsters in “Pokemon Go” or taking a portal to the Nether in “Minecraft” is probably not the healthiest way for your kids to spend the afternoon.

On the other hand, they are so happy and quiet when they are bathed in the glow of a smartphone, tablet or TV. And some of those apps and shows have educational value, right? What if your child is tracing letters or learning to count? Can screen time ever be beneficial?

To provide some guidance to parents grappling with these vexing issues, the American Academy of Pediatrics has issued new guidelines for how children should spend time in front of all types of screens.

The recommendations are based on dozens of studies on screen time and its effect on the emotional and physical health of kids of all ages. They also incorporate evidence about whether young children really learn from apps and TV shows.

However, the authors of the guidelines noted that the digital landscape is changing faster than researchers can study it.

The full list of recommendations calls for no screen time for children under the age of 2, and no more than one hour of screen time a day for those between 3 and 5. For older kids, the guidelines are more vague.

Here’s a look at some of the issues they considered in formulating their advice.

The majority of parents report that their children watch TV for two hours or more per day, which is less than it was two decades ago.

However, it’s unclear whether this decrease came about because parents followed expert recommendations to limit screen time (evidence would suggest not) or because kids have less time for TV now that they spend more time with different kinds of screens (much more likely).

Use of mobile devices like smartphones has risen dramatically in the last few years. When the Kaiser Family Foundation began surveying parents in 2011, they found that 52% of children 8 and under had access to a mobile device. By 2013, that figure had jumped to 75%.

Other studies have shown that most babies start interacting with digital media at the tender age of 4 months, and that most 2-year-olds use a mobile device on a daily basis.

Probably not. There is little evidence that media use benefits children younger than 2. The panel found that before 2 years of age, children are still developing a range of skills that can only be mastered with hands-on exploration and social interaction with a trusted caregiver.

Some studies have shown that 1-year-olds can learn new words from certain kinds of videos, but only if a parent watches the video with the child and reteaches the words.

That’s true. Studies have shown that content from PBS programs like “Martha Speaks” and “Sesame Street” can improve cognitive, literacy and social outcomes for preschoolers. However, the authors wrote that most “educational” apps have not been tested, and are often made with little or no input from educators or developmental specialists.

Good luck with that.

Actually, the authors note that there may be several benefits to media use in older children. Social networks and Internet access can expose kids to new ideas and immersive learning experiences, as well as make it easier for them to maintain friendships across distances. It also makes collaborating with classmates more convenient.

In addition, social media networks can provide safe communities for kids who may feel alienated or left out at school — for example, children with an illness or disability, or those who identify as lesbian, gay, bisexual or transgender.

Yes. The big one is obesity. A recent study found that among 2-year-olds, every additional hour spent in front of a screen per week translated into a measurable increase in body mass index.

In a 1996 study of 5- to 10-year-olds in the U.S., researchers found that the odds of being overweight were 4.6 times greater for children who watched more than five hours of TV a day than for those who watched no more than two hours.

A more recent study among Dutch children between 4 and 13 found that watching TV for more than 1.5 hours a day was a significant risk factor for obesity. In addition, a large international study with nearly 300,000 children and adolescents found that those who watched between 1 and 3 hours of TV a day were 10% to 27% more likely to be obese than kids who watched less than 1 hour per day.

Because of these findings, the expert panel reduced the recommended limit on TV viewing from 2 hours to 90 minutes a day to help prevent obesity.

There is a growing body of evidence that media use has a detrimental effect on sleep for kids (and grown-ups) of all ages.

For example, studies show that infants who are exposed to screens in the evening hours sleep for fewer hours at night than infants who had no evening screen exposure. Among preschoolers, having a TV, computer or mobile device in the bedroom was associated with fewer hours of sleep per night.

For teens, reports show a clear link between poor sleep quality on the one hand and greater mobile phone use and the number of devices in the bedrooms on the other. In younger adolescents, poor sleep was associated with greater Internet use and later media turn-off times.

Sorry, moms and dads. The doctors had no advice on that one.