72-hour rule sparks a shift at the Capitol 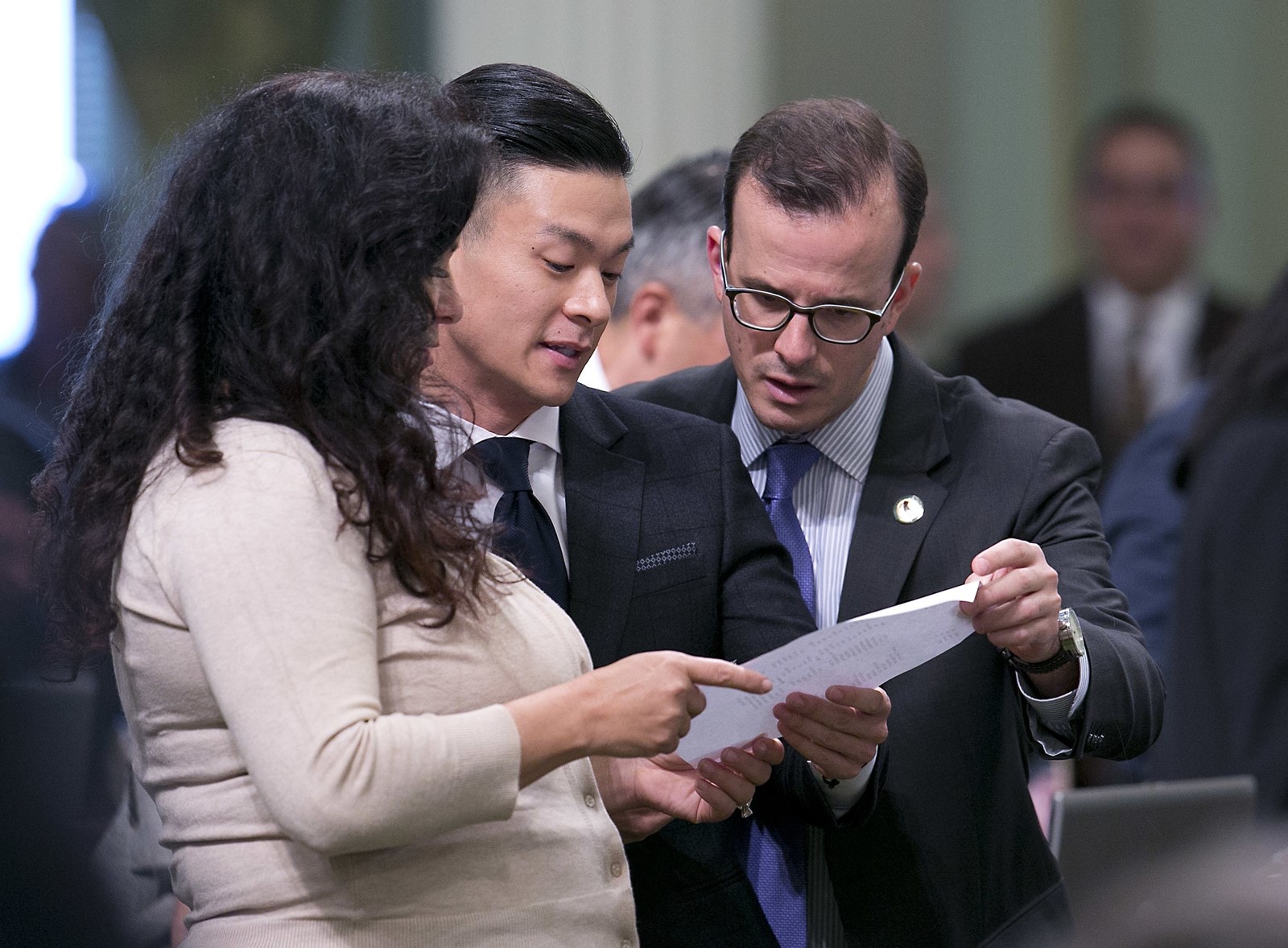 For years, California’s most powerful interest groups relied on what they could pull off once night fell on the state Capitol in the final hours of every legislative year.

A flurry of controversial ideas would be quietly slipped into pending bills. Tax breaks. Fast-track authority on big development deals. New public employee union contracts. In many cases, the efforts would appear hours or even minutes before the last gavel fell.

This week, months after voters imposed a 72-hour public review period, the change was striking: Only 13 bills were amended or re-written Tuesday, the deadline for any bill to be heard before Friday night’s adjournment of the Legislature for 2017.

The business group and a coalition of government watchdog groups were supporters of Proposition 54, the state constitutional amendment that promised to give the public more access to the inner workings of how bills are written and considered in Sacramento. Nearly two-thirds of voters supported it on the Nov. 8 ballot.

The ballot measure requires bills be made public for three days before a final vote — which means none of the legislation that will be approved or rejected this week can be revised. Nor can any new bills be considered through end-runs around legislative rules.

Proposition 54’s impact, while most obvious during the time that lawmakers wind down their work, has changed the contours of several high-profile negotiations this year — perhaps none more politically risky as the springtime decision to raise fuel taxes and vehicle fees to fund a $52-billion transportation plan.

Lawmakers complained that the rules made it hard to cobble together the specific policies needed for the tax increase to win support from a supermajority of members in both the Senate and Assembly. The debate even prompted the ballot measure’s backers to fire off a warning letter to legislative leaders, and some warned of a court fight if the rules were not closely followed.

As the legislative session ends, not all lawmakers think California voters made the right decision.

“So you need time when you're actually engaging in amendments, negotiating,” said state Senate President Pro Tem Kevin de León (D-Los Angeles) on Tuesday. “The 72-hour rule actually hurts the people of California, because it stops and curtails negotiations, creativity.”

De León has been deeply involved in a series of late-session negotiations, including his efforts to aggressively expand the state’s renewable energy mandates and create a so-called sanctuary state system in California to limit the role of local law enforcement in aiding federal immigration officers. He called it a “holier than thou, sanctimonious argument” that bills needed three days of public review before lawmakers cast their final vote.

Supporters of the new law have complained that it has been applied inconsistently in the two houses of the Legislature. In December, the Assembly approved a series of house rules that define the public review period as applying only to bills whose next stop is the governor’s desk — and not to bills that still required the approval of the state Senate.

Assembly Republicans balked at those rules, and warned Democrats they were risking a legal challenge that could nullify bills too quickly shuffled to the Senate. While the effort to impose a strict interpretation of the new law was rejected, Democrats seemed to concede at least the possible existence of a problem. Last week, they took the unusual step of bringing back a group of springtime bills — unaltered by the Senate, but originally passed by the Assembly without 72 hours of public review.

The law may have also sparked the beginning of a more fundamental shift in Sacramento: the value of getting more bills crafted early, so that the proposals don’t get caught up in end-of-session attempts at leveraging political support for other more controversial bills.

“A legislator is always better served to work out issues with their bill as early as possible,” said Assemblyman Ken Cooley (D-Rancho Cordova), chairman of the Assembly Rules Committee.

Scott, one of the original backers of the Proposition 54 political campaign, said the ballot measure’s other elements — new rules mandating videotaping of all legislative hearings — have shed substantially more sunlight on what happens in the statehouse. But he said the rules governing the details of bills still don’t go far enough to allow the public time to consider the impact of new laws.

“Voters expected the 72-hour requirement to serve as a minimum, not a maximum,” he said.